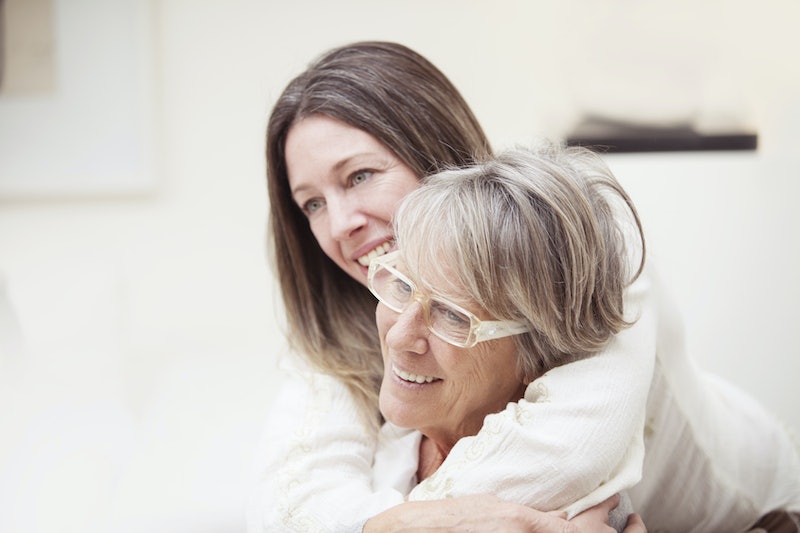 Misogyny and gender stereotypes affect people of all genders and identities, but they affect certain groups particularly severely, and one of these groups is older individuals. Too often, feminism is dominated by young people, but older people have an important role — because ageism is a feminist issue. Excluding people above a certain age from feminism makes the movement incomplete. Feminism must address the problems faced by every woman and every member of a marginalized group.

Aside from having problems relevant to feminism, our mothers and grandmothers also have a lot of feminist lessons to teach us. They grew up in eras when women had even fewer rights than they do today. They understand that our rights were not won easily and could be lost again, and they may be less likely to take the ability to own your own credit card or get an abortion for granted. We have a lot to learn from them about the history behind the struggles we're facing.

When feminists perpetuate ageism, they alienate valuable members of the feminist movement and encourage hierarchies and exclusivity — the very things that feminism is against. So, here are a few reasons why feminism must address ageism:

Older people face a lot of discrimination in the workplace due to the presumption that they are irrelevant or incompetent, but it appears women face this form of oppression even more. One study from the National Bureau of Economic Research found that companies are less likely to offer interviews based on job applications when the applicant appears to be older — if she's a woman. The effect did not exist for men because apparently, people's views toward older women are even harsher.

2. Because The Tendency To Value Women Less As They Age Is Sexist

When women get older, they are viewed as less valuable, even more so than men. And that's because they have fewer of the traits considered desirable in a woman: the ability to make babies and conventional attractiveness (usually defined in an ageist manner). Women who want to be acknowledged for more than their looks and reproductive potential need to fight ageism because it's one of the most glaring results of these sexist standards.

3. Because Sex Positivity Is For All Ages

Even in sex-positive circles, it's sometimes still taboo to acknowledge that older people can have and deserve to have fulfilling sex lives. A recent study in the Annals of Family Medicine found that the majority of people over 60 are sexually active. So why aren't we talking about it? Often, feminist causes like sex positivity aren't discussed in a way that includes people of all ages, and part of advocating age-inclusive sex positivity is addressing the ageism that makes it taboo in the first place.

4. Because Body Positivity Is For All Ages

Mainstream body positivity often tells women to embrace their curves, but it rarely tells them to embrace their wrinkles. While plus-sized models are gaining increased visibility in the public eye, the great majority of these models, actresses, and social media stars are still young. An older person showing their body is still often stigmatized, and that's a setback for body positivity as a whole.

5. Because Older Women Face Some Of The Most Sexist Stereotypes

The representations we see of older women are not very diverse. The movies often show us either a self-sacrificing grandmother who exists to serve her family or a "spinster" who is lonely and miserable. They don't always show how older people can be hardworking, fun, and complex, and that's largely because of the one-dimensional way we see women of all ages. The "old lady" is another sexist stereotype, and it's connected to the stereotypes that people of all ages and genders face.