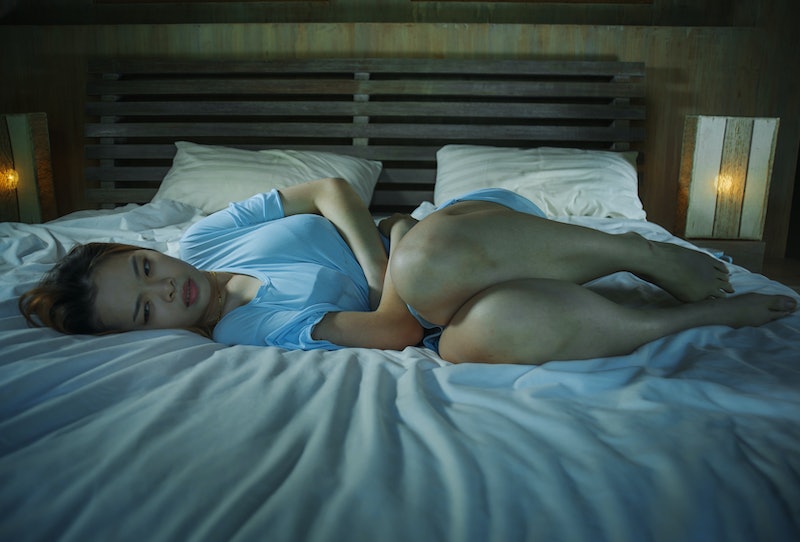 What would life be like if our reproductive rights were revoked? Many people around the country don't need to ask themselves that question because, given some states' laws, they'd might as well be. But for the more fortunate among us, the short film When Abortion Was Illegal: Untold Stories shows what it was like to have an unwanted pregnancy before the United States legalized abortion — and what it could be like again if many anti-choice policy makers get their way.

The Academy Award-nominated documentary was made by filmmaker Dorothy Fadiman in 1992, but it's more relevant than ever today, amid increasingly drastic government measures to crack down on reproductive rights. Five states have only one abortion clinic, and Louisiana just passed a law to shut down all but one clinic, as well.

Laws like these threaten the rights we were granted in the 1973 Roe v. Wade decision, which prohibited states from outlawing abortion. A recent analysis of Google searches around the country shows that more people have been seeking information about self-induced abortions since 2011, when the current wave of government crackdowns began. The tendency to find this information through Google may be characteristic of modern times, but the demand for it suggests we're regressing toward a pre-Roe v. Wade era.

That era is the subject of When Abortion Was Illegal: Untold Stories, where women share was it was like to have to obtain abortions illegally and often unsafely. Many are still living through these struggles today, and even more could if government efforts to undermine reproductive rights continue.

Here are a few highlights; scroll down to wach the full documentary, which is available on Vimeo. It's too important not to.

After this woman's first child was born very ill, her doctor told her not to get pregnant again. But, lacking information on how to prevent that, she did. Since her doctor couldn't perform abortions, she went to see a woman who offered them illegally for $50, which required her to sell everything she had. Afterward, she got incredibly sick, and the provider told her, "Honey, did you think it was so easy to be a woman?"

After the procedure she got from an underground abortion provider failed, this woman got a bad infection and bled severely until she finally was able to find a doctor, who gave her medication to make her abort. She had to have the abortion at home so that he wouldn't be held responsible if she were caught.

3. "I Just Really Literally Walked Up And Down The Streets."

This woman wondered the streets looking for an abortion provider, and everybody rumored to offer abortions told her that nobody was there or they didn't know what she was talking about. When she eventually found someone, he didn't use anesthesia. She didn't know it was going to be painful, so she was terrified that something had gone wrong.

4. "She Would Have To Go Off, Leave Home, And Everyone Would Know Why, And Her Life Was Really Wrecked"

According to this obstetric gynecologist, there were homes for unwed mothers throughout the country, where they would work and eventually give their children up for adoption. She saw girls come in as young as their early teens. She also saw many women get into bad marriages because they were pregnant and didn't have any other options.

5. "It Felt A Little Bit Like Saving A Life"

This man was 19 when his girlfriend got pregnant, and neither of them wanted to be parents. After a failed attempt to induce an abortion with pills and a long search for a provider, they finally found someone to perform the procedure. Later on, a professor asked him for information on where a student of hers might get an abortion, and he told her what he knew. When he saw the women years later, she thanked him for allowing her life to continue.