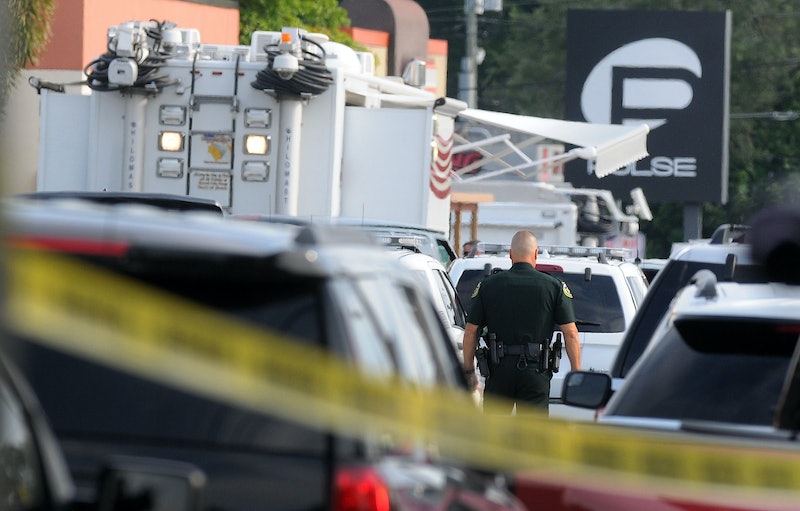 Earlier: Early Sunday morning, a gunman opened fire in Pulse nightclub in Orlando, Florida. As of 10:30 a.m. on Sunday, the death toll had been raised to 50, according to Buddy Dyer, mayor of Orlando, with more than 50 injuries have been reported as well. While officials initially reported the Pulse shooting death toll as 20 people, the number was later corrected to 50 in a press conference by Orlando police and FBI officials. This makes the shooting the deadliest mass shooting in American history.

While no motive has been named for this event as of yet, the FBI and other domestic law enforcement are involved in the case, and are treating it as an incident of domestic terrorism.

Health officials in Orlando have asked for Orlando citizens to please donate O negative, O positive, and AB plasma blood in the wake of the tragedy.

More like this
6 Organizations Fighting Police Brutality That You Can Support Right Now
By Syeda Khaula Saad and JR Thorpe
42 Black Owned Fashion & Beauty Brands To Support Today & Always
By Mekita Rivas, Shea Simmons, Kui Mwai and Dominique Norman
15 Black-Owned Liquor & Wine Brands To Add To Your Bar Cart
By Alexis Morillo
8 Charities To Donate To During Black History Month
By Alexis Morillo
Get Even More From Bustle — Sign Up For The Newsletter
From hair trends to relationship advice, our daily newsletter has everything you need to sound like a person who’s on TikTok, even if you aren’t.