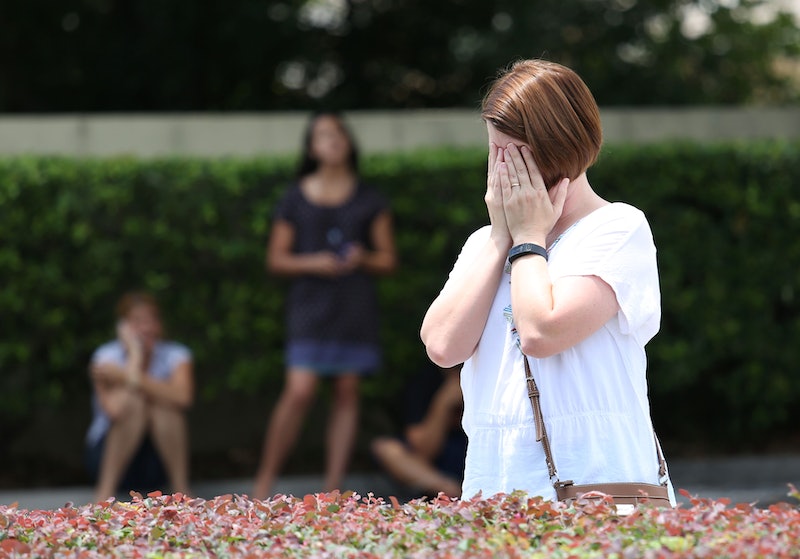 Earlier: On Sunday, hours after the worst mass shooting in American history — with 50 individuals in Orlando's Pulse gay bar killed, and more than 50 more injured — the terrorist group ISIS took responsibility for the Orlando massacre, according to one report. "The armed attack that targeted a gay night club in the city of Orlando in the American state of Florida which left over 100 people dead or injured was carried out by an Islamic State fighter," said the ISIS-associated news service A'maq, RT reported. These reports were later confirmed by outlets including Reuters, the Washington Post, and MSNBC.

The individual suspected of carrying out the attack called 911 before he began firing and pledged allegiance to the Islamic State, according to NBC. The Islamic terrorist group has consistently and gleefully encouraged "lone wolf" attacks, e.g. attacks that were not planned by the Islamic State itself but were rather carried out as a means to impress the notorious group.

Before the group publicly claimed responsibility, Donald Trump tweeted, "Appreciate the congrats for being right on radical Islamic terrorism, I don't want congrats, I want toughness & vigilance. We must be smart!"

Even for Trump, the Tweet, which lacked any semblance of empathy and self-congratulated the presidential candidate on being "right" about his own country's most fatal mass shooting, was a low point.

In his own press conference early that afternoon, President Obama made no specific reference to the motive of the individual who carried out the attacks, but cautioned against allowing the terrorist act to create a culture of fear.