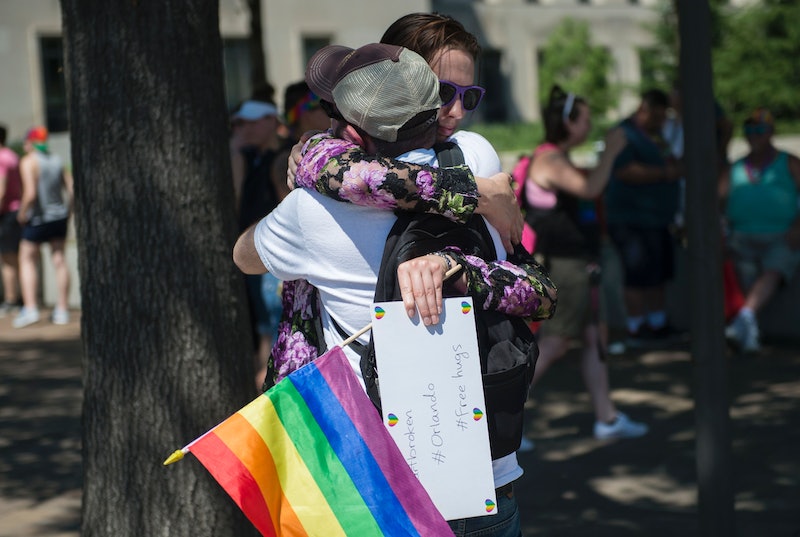 Earlier: The country was left with a collective heavy heart as news broke of a mass shooting at Pulse nightclub in Orlando, Florida, in the early hours of Sunday, June 12. The shooting, which was determined to be an act of domestic terrorism, shook the nation and affected more than just those in the Orlando area. The individual who opened fired at the nightclub killed 50 people and injured more than 50 others. The names of the Orlando shooting victims are beginning to be released, and they offer a sobering look into this senseless gun tragedy.

Before the names were released, horrifying photos and videos from the Orlando shooting gave a glimpse into the frightening scene that transpired at Pulse nightclub. Now that names are being released, it's more important than ever to help the Orlando victims and their families in the wake of this national tragedy.

The City of Orlando released a statement with a list of four names around 4 p.m. ET:

On this very difficult day, we offer heartfelt condolences to today’s victims and their families. Our City is working tirelessly to get as much information out to the families so they can begin the grieving process. Please keep the following individuals in your thoughts and prayers. #PrayforOrlando

These are the people who lost their lives at Pulse in Orlando on Sunday morning.