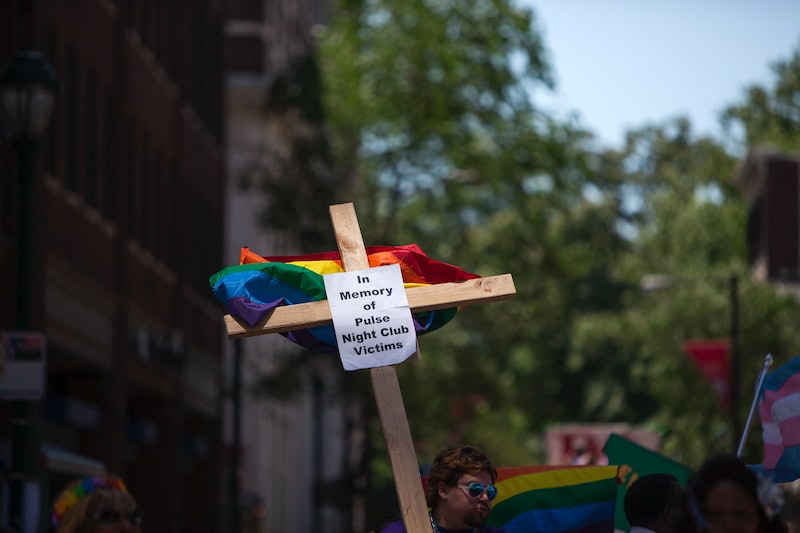 Earlier: In the aftermath of the mass shooting at an Orlando gay nightclub early Sunday morning, millions have turned to social media to express their outrage, grief and sadness for the lost lives and the attack on the LGBTQ community. City officials have confirmed that over 50 victims died and another 53 were injured in the attack, making it the worst mass shooting in U.S. history. The first victims of the Orlando shooting have been identified, among them is 20-year-old Luis Omar Ocasio-Capo, who went by "Omar Capo" on Facebook.

The shooting occurred just after 2 a.m. Sunday morning, when the gunman carried an assault rifle and a pistol into the nightclub and opened fire on the crowd. The attack culminated in a three-hour standoff with law enforcement, which ended with officers using an armored vehicle to break down the door. The shooter reportedly died in the altercation, in which one police officer suffered a minor injury. The delay in releasing the victims' names is also apparently due to the standoff, which trapped the victims' bodies in the building for several hours and hindered the progress of the identifications.

Capo was just 20 years old, according to the City of Orlando's website. BuzzFeed News reported that many of Capo's relatives took to social media to pay tributes to their lost loved one. One relative, according to BuzzFeed News, wrote: “God bless us all and give us strength in our time of need. Lord guide us with your light so we don’t live in fear of the darkness evil brings.”

Another relative, Carla Michelle Ocasio, shared a photo of Capo on her Facebook with the caption, "RIP my dear nephew."