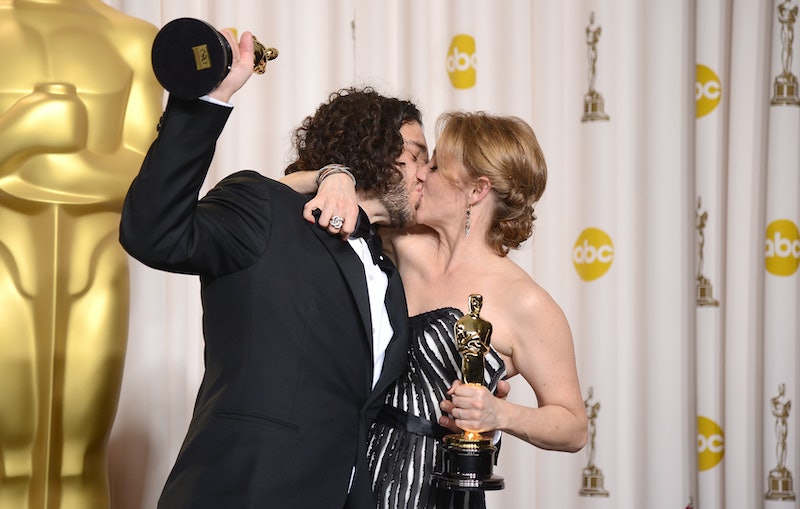 Every year, there are a handful — well, perhaps several handfuls — of Oscar winners who take their sweet time naming everyone and their grandmothers in their Oscar acceptance speeches. But how much time are Oscar winners allotted to deliver their thankful pearls? Oddly, there are no hard and fast rules when the speech is supposed to be cut short, but previously year's winners are usually cut off between 50-60 seconds of yapping.

However, this does not stop Oscar winners from ignoring the music, or, more frequently, acknowledging the music, and continuing on with their speech. In 2010, Colin Firth won the Best Performance in a Leading Role Oscar for The King's Speech, and continued to address his thank you's for a whopping three minutes on stage. In 1991, Joe Pesci won the award for Goodfellas, walked on stage and said "It's my privilege. Thank you." Then he walked off stage and the entire auditorium, and especially those at home, were thankful for his humble and quick-as-lightning words.

So who will drag out their speeches this year? Who will make us snore, who will surprise us with Halle Berry style smooches, and who will fumble gracefully up the stairs á la Jennifer Lawrence in 2013?