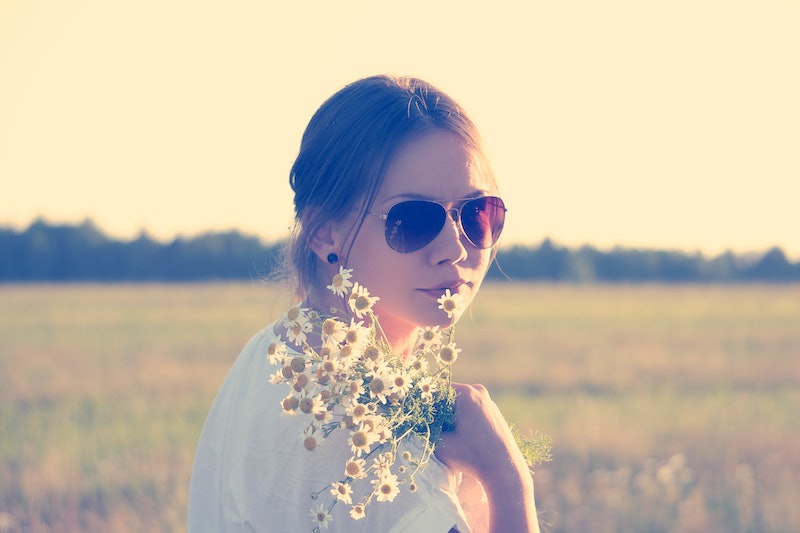 Feminists often talk about women's right to do things that are traditionally considered men's territory. What's less frequently discussed, though, is the need to value traits that have been traditionally considered "feminine" in the first place. There are many things our culture devalues because they're considered "feminine," but we shouldn't be so quick to assume that anything associated with women is less valuable. In fact, that belief often stems from misogyny.

If you look at our changing cultural ideas, it becomes apparent that when something is associated with femininity, people hold it in lower esteem — and when it's associated with masculinity, it suddenly bears more worth. When computer programming first arose, for example it was viewed as menial, clerical work; as a result, it was most often assigned to women. (Indeed, the person largely credited with being the first computer programmer is Ada Lovelace — a woman.) Once it made the shift to becoming a male-dominated field roughly around the '60s, however, coding and programming began being cast in a different light: Wrote Brenda D. Frink for Gender News, "Male computer programmers sought to increase the prestige of their field, through creating professional associations, through erecting educational requirements for programming careers, and through discouraging the hiring of women. Increasingly, computer industry ad campaigns linked women staffers to human error and inefficiency." Hence, the rise of both the "girls can't code" stereotype and how much value we place on coding, among other STEM fields.

Our ideas about what's masculine and feminine are ever-changing, but what appears consistent is this circular pattern: Our culture teaches us that when we believe something is feminine, we should value it less, and when we don't value something, we come to view it as feminine. Often, the things we assume are worthless because they're associated with women are actually very important.

Here are a few "feminine" things to stop devaluing — and, for that matter, stop gendering at all.

In a recent New York Times article, Judith Shulevitz makes the case that in order to achieve gender equality, we need to start valuing parenting more. This, she argues, will both give more options and resources to women, who take on more parental duties as it currently stands, and encourage men to get more involved in parenting. Right now, people often look down on stay-at-home moms for doing something supposedly "unproductive" — with "unproductive" simply meaning "work that doesn't bring in money to the household." But the fact that it is financially uncompensated doesn't make it "lesser"... and you can't help but wonder whether being a parent would instead be viewed as a physical and intellectual accomplishment despite being unpaid if men took on most of the duties.

We tend to view sensitivity as a sign of weakness, and that hurts both men and women. It hurts women because they're taught that they're more sensitive and therefore less rational and strong, and it hurts men because they're taught to repress their emotions, which has both physical and mental health consequences. Understanding the power in emotional vulnerability would help us view women more positively and expand what we allow men to be.

There's a strong connection between feminism and animal rights, and that's because we often connect rejecting femininity with rejecting concern for animals. Since caring about animal rights is considered emotional (see item #2) while hunting, fishing, and eating meat are considered manly, prizing "masculine" traits over "feminine" ones has led to an animal rights movement that's women-dominated. This value system not only hurts men by blocking them off from compassion but also hurts non-human animals.

Jobs that involve working with people and caring for people, like nursing, counseling, and human resources, tend to be considered feminine — and also often pay less than ones like medicine and engineering that are considered masculine. Even when a career is traditionally "masculine," its pay tends to become lower as more women get involved, according to a study in Social Forces. A similar phenomenon can be seen in academic fields: the ones associated with genius and brilliance, like philosophy and math, tend to be male-dominated and white-dominated, according to a study published in Science. It's unclear whether these fields are held in high esteem because they're male-dominated or vice versa — probably both. Either way, devaluing other fields like the social sciences and arts makes us devalue those who enter them, and that hurts people of all genders.