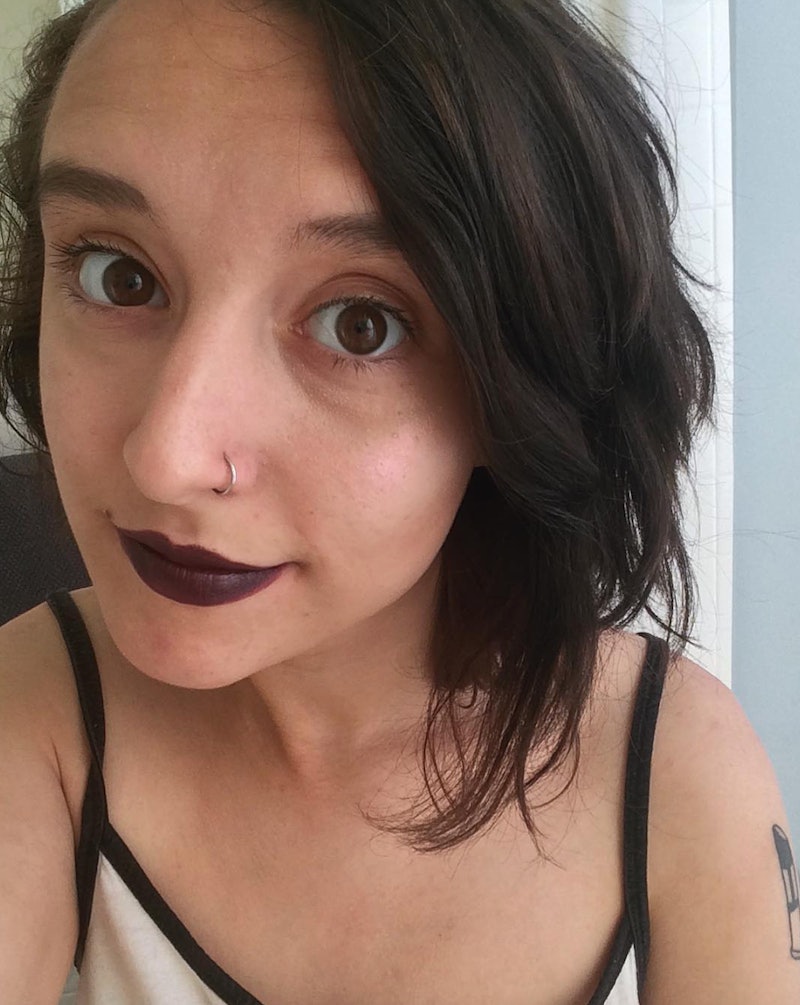 Before I began embracing beauty as the inevitable lifelong passion that it has become, I rejected many forms of cosmetics for being "too boring," "too basic," or "too stereotypically feminine." Multi-colored highlighters and Jeffree Star Cosmetics weren't a thing back then: Products arguably framing beauty rituals of the face as something pretty damn magical. Instead, thanks to all the boring reds, pinks, and beiges that were surrounding me through the women of my youth, I was convinced that the world of beauty wasn't really my territory.

Once I found and began embracing bold lipsticks in every color of the rainbow, however, I became reinvested and embraced my beauty routine in a way that I had never been able to do previously. But face makeup was a different story entirely.

When it came to lipstick and even eye makeup, there were a ton of options available that could easily transform me into the technicolor glittery metallic unicorn that I am deep inside. But with face makeup, there seemed to exist considerably fewer options that might allow one to get wild and creative. From what I could tell, facial products seemed aimed at concealing and "perfecting," while also attempting to evoke as natural a look as possible. Many beauty mavens embrace the transformative powers of these magical tools, sure, but I personally never identified with "looking natural" or covering up my skin's alleged imperfections. Multi-colored highlighters changed the game, though.

After years of struggling to embrace my skin, I've mostly abandoned any efforts to conceal breakouts as an act of body positivity. And again, "looking natural" through makeup has never made much sense to me. If I wanted to look "natural," I just wouldn't wear makeup. But if I'm diving into my beauty bag on any given day, I'm going to follow my glitter-loving '90s child instincts and opt for anything bright and bold.

Once I came across my first lavender highlighter, the Skin Fetish 003 powder that was included in a pricy Pat McGrath purchase, my outlook began to change. No longer was face makeup limited to concealer, foundation, and contouring in nude shades. There were ways to incorporate a little color on my face through a highlight sans the swipe of pink blush I detested so much for its stereotypical femininity.

While excited about these color choices initially, I wasn't sure about whether they would be "too much" on my skin, or whether the products would be able to interact with my redness and other "problem areas" seamlessly. But once I delved in, I saw that the pigment in my lavender highlighter wasn't anything like the clown makeup I feared it might be. Instead, it added an otherworldly and endlessly dewy touch to my beloved cheekbones, and helped me further embrace my infinite desire to channel #alienvibes in everyday beauty. Face makeup was fun now — not limited to the neutral side of the color palette. And I became obsessed.

Now, I drool over all of Jeffree Star's gorgeously pigmented highlighters, which understandably (and tragically) are often sold out. I marvel over the rainbow highlighter trend, product-stalking beauty bloggers like Ushshi Rahman and Georgina Jones, who rock the hell out of a colorful spectrum of highlighters.

Inspirations like Rahman have encouraged me to try out alternatively-hued highlighters in mint green or sparkling blue. As I wait for products to come back in stock, I even experiment with using liquid lipsticks and eyeshadows as highlighters (though the sticky consistency of these often make it a bit difficult to recreate the strong looks I see on my Instagram feed daily).

It's refreshing to be dabbling so hard in this new multi-colored highlighting trend, since just a few months ago, I pledged to never use foundation again. That said, I have come to terms with the fact that part of my rejection of all things to do with the face had to do with my lack of body positivity in that area. I felt there was no way that my reddened and breakout-prone skin would look good in anything I coated it in. But I've since come around to giving face makeup another try, predominantly thanks to how much this area of beauty has recently evolved.

As someone who treasures all things alternative beauty, I thought that face makeup was inherently basic and typical. But with inspirations like Rahman and Jeffree Star, I see that alt beauty can exist on the face, too. And that regardless of the color, texture, or quality of our skin, we all deserve to indulge in every color of the rainbow.

I love face makeup now, but that certainly doesn't mean I've lost my edge. I've just taken my commitment to transforming myself into a regal martian on the daily to the next level.