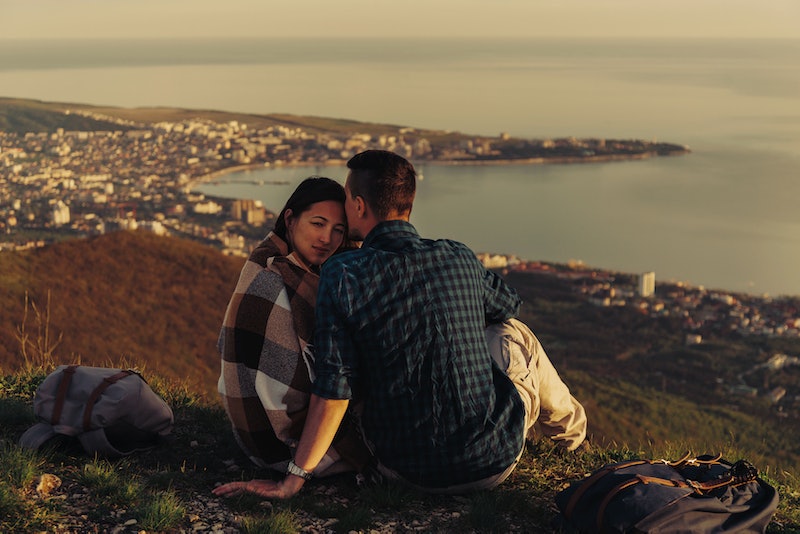 Every relationship, whether it’s one of romantic nature or something else, has its fair share of conflict. As much as one might want to never have to deal with conflict, not seeing eye-to-eye all the time and having a difference of opinion from someone else (and sharing that difference of opinion) isn’t just normal, but totally healthy, too. I mean, can you imagine being in a relationship with someone who never, ever speaks their mind? Or, even worse, someone who has no thoughts of their own and just goes with whatever you say or do? How terribly boring! And where the hell is the makeup sex if there’s no conflict?

But while conflict is certainly something you can’t escape in all relationships, how people handle it differs greatly. For example, I may not be the most open when it comes to conflict resolution, but I’m definitely further along than a former partner of mine who would just take off every time there was an issue. It didn’t matter if it was something big or small, the second the conflict came up, he was out the door and would be gone for hours and, on a couple of occasions, the whole night. It’s people like this whom you need to manage with care when it comes to conflict.

If your partner, too, heads for the hills every time conflict arises, here are 10 ways to deal.

1. Use Your Inside Voice

When my nephews get too loud, my sister tells them, “use your inside voice.” And the same goes for talking to your partner mid-conflict. Even if you want to yell and scream, it’s going to get you nowhere and, because your partner already has trouble with conflict, it can add to their anxiety and they may retract into their shell instead of making an effort to resolve the problem.

One of the hardest things in the world? Admitting you’re wrong... then actually apologizing for it. No matter what the situation or with whom you’re arguing, admitting you're wrong is a very painful thing to pull off. But, if you’re with someone who can’t handle conflict, it’s something you need to master. When you admit you’re wrong, you make a concession and in doing so, prove that you’re willing to take part of the blame.

4. Give Them The Floor

If it takes two people to get into a conflict, then it takes two people to get out of it. If you spend the entire argument voicing your concerns and issues without letting your partner get a word in inch-wise, then there’s no progress. What you end up with is a partner who already can’t handle conflict and having been silenced, will allow things to fester until they reach they’re breaking point.

5. Keep The Insults To Yourself

Personally, my go-to when it comes to arguing with my partners are insults. It’s BAD. I don’t just insult them, but every single person close to them because I want to get as far under their skin as possible that it will take days or weeks to recover. This isn’t just pointless, but immature, heartless, cruel, and does more damage than good (hey, I never said I was perfect). While you may be tempted to throw out the insults mid-fight with your partner because, like me, you want to go for the jugular, insults have the same effect as yelling and will have your partner shutting down or yelling back, instead of working toward resolution.

6. Ease Up On Being Defensive

Being defensive is contagious. If you go into defensive mode during your argument, your partner, who is already defensive because of their inability to handle conflict, is just going to get even more defensive. What you ending up having are two defensive people in a stalemate because neither is willing to budge.

7. Begin And End On A Positive Note

Whenever you’re going to possibly deliver something negative, it’s important to start and end with something positive, so that the “bad” stuff isn't all they're hearing from you. When you use this approach, you’re emphasizing to your partner that despite whatever problem there is that caused the conflict, you understand where they’re coming from, you still respect them and care about their feelings

While you don’t want your partner to run off for hours on end every time a conflict arises, you should still give them space. If you know that they struggle with handling conflict, then one of the best things you can do is give them at least a little space to do their thing and cool off for a bit.

9. Focus On A Resolution

Instead of nit-picking about who did what and why, work with your partner to focus on a resolution. It’s the conflict part they have trouble with, so you want to get through that as fast as possible and move on to what they (and you) can deal with: Resolution and agreement.

10. Accept What You Can’t Change

Sure, you can buy them new clothes, introduce them to new bands, and maybe even force them to see things for your point of view occasionally, but people rarely change on their own, let alone with the outside help of someone else.

Since that’s the case, if your partner doesn't handle conflict well, you have to accept that that’s just who they are. I’m not saying you should throw your hands up in the air type of accept it, but if you’ve done all you can and made an effort, then that’s all you can do. At the end of the day, you need to realize that if you’re not on the same page when it comes to handling conflict and that’s OK; you both just need to work a little harder at it.

More like this
My Partner Wants Me To Wear A Diaper During Sex. Help!
By Sophia Benoit
50 Valentine’s Day Instagram Captions To Post If You’re Single
By Jessica Booth, Lexi Inks and Carolyn Steber
Here's Why Trash-Talking Your Ex Can Actually Help You Move On
By Genevieve Wheeler
18 Hinge Prompt Answers To Try If You’re Looking For Something Casual
By Lexi Inks
Get Even More From Bustle — Sign Up For The Newsletter
From hair trends to relationship advice, our daily newsletter has everything you need to sound like a person who’s on TikTok, even if you aren’t.