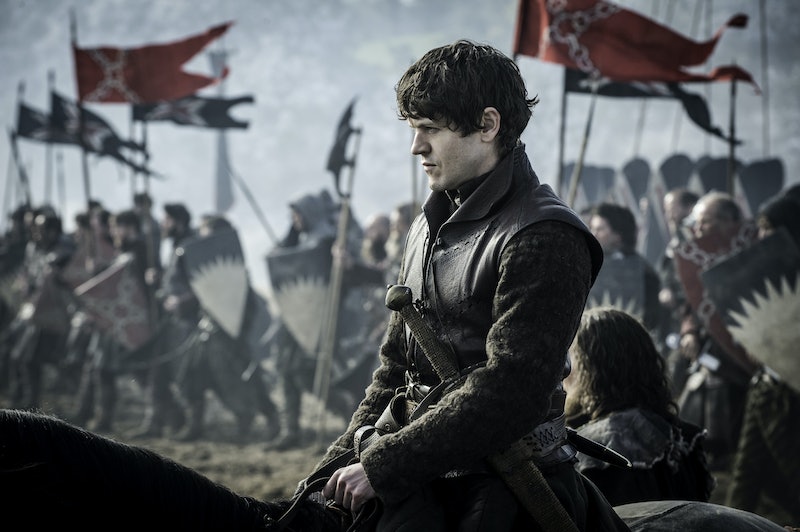 When I first heard that the title of the penultimate episode of Season 6 of Game of Thrones was "Battle of the Bastards," I could barely contain my excitement about Jon Snow taking on Ramsay Bolton. However, Jon has had a lot less momentum than I had anticipated in his movement to recruit forces to help him take back Winterfell. The winner of this battle between Jon and Ramsay is going to impact not only the North, but pretty much all of mankind, so I'm just the tiniest bit anxious that Jon's army isn't as badass as I'd been hoping it would be. Think I'm exaggerating about the importance of the outcome of the Battle of the Bastards? Well, you've clearly not been paying attention to those pesky White Walkers then.

Not only would the Starks taking back Winterfell just provide all of the good feelings in the world, it actually may be essential if humans want to survive the fact that "Winter is coming." While Sansa, Jon, Rickon, and maybe even Arya if she gets to Winterfell would all individually and collectively be better leaders than Ramsay, the Starks really need to win because of the White Walkers.

You've already got Stark family members Bran and Benjen on the other side of the Wall working to defeat the Night King and his wights and having the rest of the surviving Stark family in charge of the North would significantly help Bran's duty of taking down the White Walkers. Both Jon and Bran have already survived escaping the White Walkers once before (despite some significant casualties), which is more than most people can say.

The worst outcome for most Game of Thrones viewers — and for the people of Westeros — would be Ramsay defeating Jon Snow's army. I get why some people don't want Ramsay to die — because he's an interesting character à la Joffrey and things will be boring without him, blah, blah, blah — but seriously, dude cannot keep on surviving. His leadership is based solely on his masochistic desires and he never does any actions for the greater good. Besides the fact that it would be great revenge for Sansa if Team Stark beat Team Bolton, Ramsay is an unrelentingly savage when it comes to his punishments and not only would Starks die if he wins, many other people in Westeros would die as well since I don't think he has the leadership skills to successfully protect humans from the White Walkers.

Even if the characters don't realize it yet, if you live in the North, you should be rooting for Team Stark. Jon and Davos know that the real danger coming for men are the White Walkers and these two levelheaded leaders will do everything in their power to unite the people in the North — and even in the South — to work on defeating these ice zombies. Like he showed when he teamed up with the Wildlings, Jon is less concerned with the petty battles between the family houses of men and more with the survival of the human race. And while the redemption of the Stark family is definitely a bonus if Jon wins the Battle of the Bastards, the greatest victory will be ensuring a stronger North against the White Walkers.