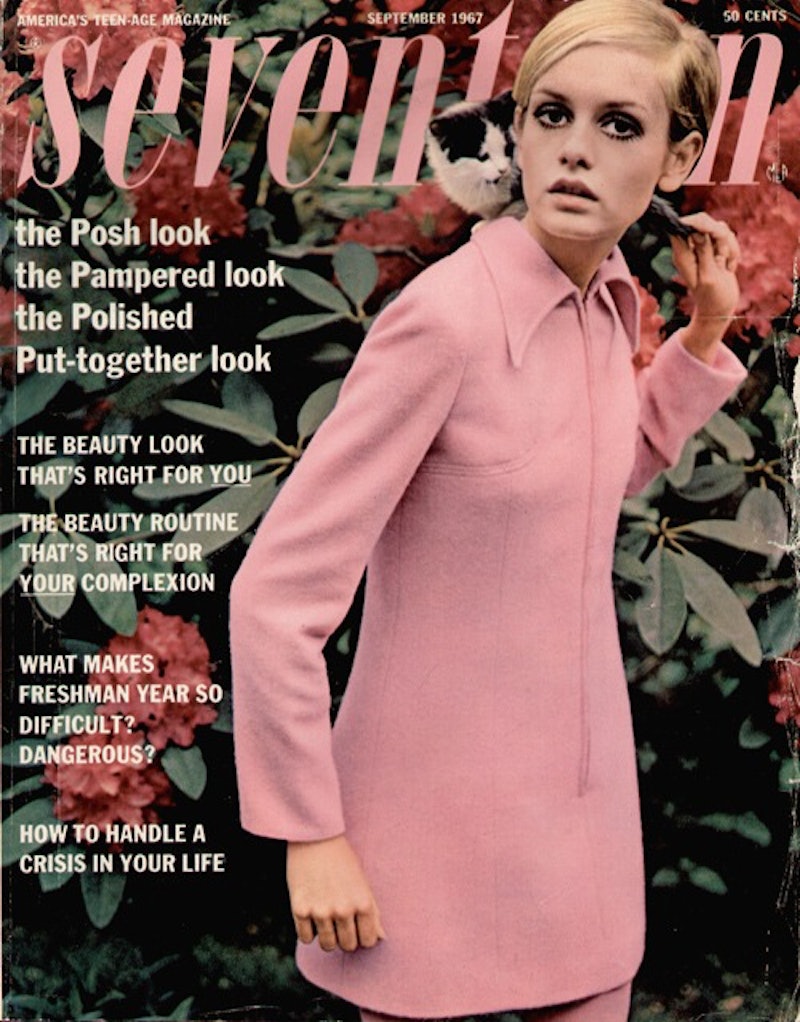 Celebs usually grace us with all sorts of outfits, from the incredibly chic to downright zany; but only few ensembles make it to that timeless, memorable status. When thinking back to the most iconic celebrity outfits of all time, normal denim looks or simple red carpet dresses don't really come to mind. Cardigans and column gowns are great and all, but not something you'd generally put on the sartorial hall of fame.

Instead, looks like Julia Roberts' Pretty Woman dress might be an example, considering her two-piece dress and thigh-high boots are still talked about and copied 16 years after they were on the big screen. Or Madonna's cone bra, which basically inspired a generation of women to own their bodies and their sexualities, rather than hide them. Oftentimes with iconic looks come powerful feelings and subtle messages, which is what helps them become stamped into our memories.

So when we reflect on the last 100 years or so, which looks jump out and demand to be remembered? While there are many contenders — from Lady Gaga's meat dress to Julia Roberts' barefoot Cannes outfit — here is my take on just 11 of them. Have a peek and see if you agree. Below are 11 of the most iconic celeb outfits of all time.

In her role for His Girl Friday circa 1940, Russell depicted an empowered, career-oriented journalist who slung stories just as well as the dudes in her male-dominated office. And her sassy business suits — which were very much feminine but very much professional — helped prove her stance.

Josephine Baker was a dancer and singer who found incredible success in 1920s France. According to Biography.com, not only was she "Europe's most popular and highest-paid performer" and the first Black woman to star in a major motion picture, but she found her success by embracing her talents and not being afraid of her body.

Biography reported that Baker got her big break in 1929's La Folie du Jour, where she "danced wearing little more than a skirt made of 16 bananas." It brought the roof down in France and launched her spectacular career.

Gladys Bentley was a 1920s jazz singer in Harlem who marched onto stage not with a flapper dress and saucy feather boa on, but a tuxedo. According to the Queer Cultural Center, Bentley was a lesbian and didn't feel the need to blend in or hide it.

QCC reported, "For Gladys, her lesbianism made her need to strike out on her own all the more urgent. As she would recall many years later in an Ebony Magazine article, "It seems I was born different. At least, I always thought so... Soon I began to feel more comfortable in boys clothes than in dresses." And so she would own the stage in a tux, and became all the more well known for it.

The iconic white dress was a costume for Monroe's part in 1955's The Seven Year Itch, where she played the tempting neighbor of a married family-man who had found himself alone in his apartment for the summer after his wife and kids went away for vacation.

But according to The Guardian, the scene was not as spontaneous as it looked. The Guardian explained, "Taking around three hours to film, the scene took 14 takes to get right, while 100 male photographers and between 2,000 and 5,000 spectators (who all loudly reacted whenever her skirt blew up) looked on." This just makes one appreciate that 10-second scene a little more, doesn't it?

Just as Zelda Fitzgerald and the flappers were the poster girls of the '20s, Twiggy was the representative of the '60s and swinging London. With her boy-cropped hair, Bambi-like eyes, short mini dresses, and stocking-ed legs, Twiggy represented the radical style of a changing era.

Conservative 1950s aesthetics were being remolded into teeny tiny hem lines and fast fashion options, letting the generation of that time to express its rebellion through clothes.

With Yves Saint Laurent's shocking and empowering female tuxedo fresh on the market, Bianca Jagger chose the feminist tuxedo piece in lieu of a traditional wedding dress back in 1971. The outcome? A long column skirt topped off with a tuxedo smoking jacket — with nothing underneath.

As one of the '80s most famous supermodels and singers, Grace Jones was not only known for her talent, but also for her striking androgynous style. As The New York Times described it, "Her predatory, androgynous style subverted notions of race and gender." While her looks were many, they usually centered around a similar aesthetic whereby she rocked "flattop hair and Egyptian-cyborg outfits (when she wasn’t nude.)"

Madonna's infamous Jean Paul Gaultier corset for her Blonde Ambition Tour in 1990 is a look that has gone down in history. Reminiscent of the bullet bras from the 1950s, Madonna's raunchy and hyper-sexualized look was a feminist message. As The BBC reported, "30 years later, Madonna famously re-appropriated the bra — once rejected by feminists as a symbol of repression — to express her own statement on female sexuality and empowerment." Lady M was loud and proud over the shape of her body, and encouraged us to be, too.

Piggybacking off of that Madonna point, let's fast-forward to 2015 and observe indie music star Beth Ditto's corset version. Changing the focus from feminism to body positivity, Ditto joined in a collaboration with Jean Paul Gaultier to change his iconic Blonde Ambition cone bra into a T-shirt everyone might enjoy.

According to Mic, Gaultier supports the plus size revolution, saying on Ditto's website, "Big girls are beautiful, and Beth is super beautiful! Long live the beauty with shapes, boobs, and bottoms." With so many designers hesitant and unwilling to include more diversity in their shows and collections, this felt like a sign of progress.

Caitlyn Jenner's first public appearance after coming out as transgender was at the Arthur Ashe Courage Awards in 2015, for which she was nominated. Looking beautiful in a white evening dress, Jenner's look wasn't only memorable because of the aesthetic appeal, but also because of the message it conveyed.

In her speech, Jenner gave a new voice to the transgender community, saying, "This transition has been harder on me than anything I could imagine. And that’s the case for so many others besides me. For that reason alone, trans people deserve something vital. They deserve your respect. And from that respect comes a more compassionate community, a more empathetic society and a better world for all of us," as reported by The Washington Post.

While wearing a white dress, Jenner opened up a platform to discuss transgender issues and rights, and inspire change.

This is the iconic white dress Davis made history in by being the first woman of color to win an Emmy for Outstanding Actress in a Drama Series for her role in How To Get Away With Murder. In her acceptance speech, she brought forth the issue of how there are no real roles created for WOC, which is why it took up to 2015 for one to win.

Seeing it as a chance to speak out on the issue of representation and opportunity, Davis said, "And let me tell you something, the only thing that changes women of color from anyone else is opportunity. You cannot win an Emmy for roles that are simply not there," as reported by E! News. Powerful words for a powerful win.

While I might not have mentioned Audrey Hepburn's LBD or Katharine Hepburn's suits, you have to admit that all these looks are pretty iconic. Here's to keeping an eye out for the new ones to come.