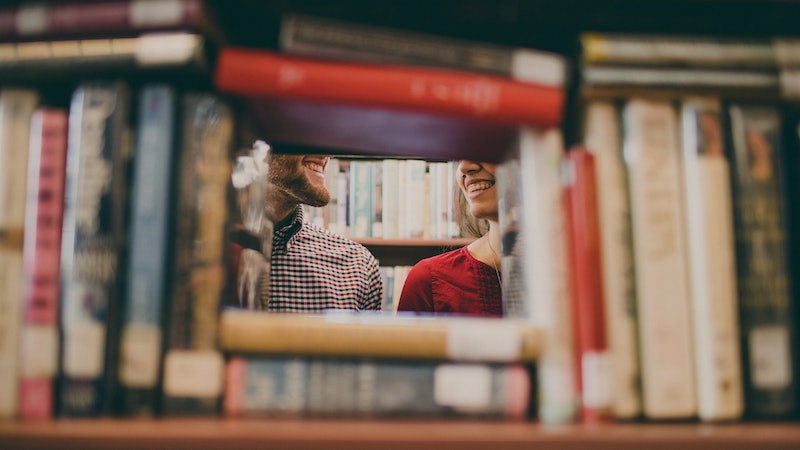 Dating app MyBae has confirmed that reading makes you more attractive to potential partners. A sweeping analysis of correlations between users' profile tags — such as #Reading, #Books, and #Gaming — and positive or negative outcomes — such as matching with another person, or being reported for bad behavior — revealed that readers do better in the dating scene overall.

MyBae is a dating app aimed at U.K. students ages 16 and older. Users ages 18 to 23 may sign up to be student representatives, and compete for a summer internship by spreading the word about MyBae on campus and social media. The app is currently available only in the iTunes store, but MyBae appears to be working on an Android version.

Daniel Sobey-Harker's article, "The More You Read the More Attractive You Are to Potential Partners," is the first published analysis of MyBae's user data. Sobey-Harker admits that his research is not as structured as he would like, but says "[he's] pretty happy with what [he's] found so far."

And what has he found? Well, for starters, 21 percent of all MyBae matches had at least one reading-related tag in common. Only 15 percent of users who matched based on their interests in music, movies, or TV had tags related to those subjects in common. However, Sobey-Harker insists that having a lot of tags in common doesn't seem to matter much to readers:

Although it's unlikely that sexier people just happen to read, it seems possible that reading makes you more attractive to potential partners, just by its own power. MyBae discovered that users looked at profiles with reading-related tags for longer, even if they had no pictures. Sobey-Harker notes that profiles without pictures performed much worse than any that had them, however.

If you really want to match with others, MyBae's data suggests you should read romance novels, psychological thrillers, and travel books. Users who enjoyed those books had more matches than those who read other genres. Additionally, people who used "book specific tags" — e.g. #TheGirlOnTheTrain instead of #Reading — and had two or more book-related tags "had a dramatically increased chance of matching with someone than someone who didn’t."

Only three MyBae users are looking for love with #DetectiveNovellas, so if that happens to be your thing, you might be in luck.

Readers also seem to be better behaved dating app users. The tags #Lad, #Drinks, #Football, and #Gaming sported the highest number of reports for code of conduct violations or other inappropriate behaviors. But users who liked #Reading, #Books, and #GameOfThronesBooks had only one or two reports each, and were ranked at No. 73, No. 89, and No. 120, respectively.

So, it's probably safe to say that book nerds make the best friends — and lovers.