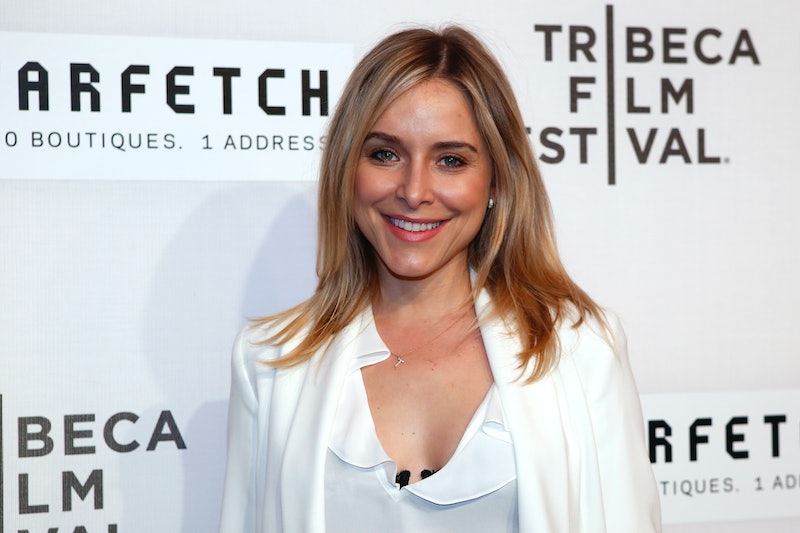 The TV show Mad Men is famous for portraying a bygone era in which women are supposed to be seen, not heard. Peggy Olson is mocked for her ambition, Joan Holloway isn't often recognized for her integral role in running the office, and Betty Draper gives up her modeling career to marry Don. Most of us like to think we've progressed far beyond the sort of culture that treated women in such a way. However, news items like Donald Trump's comments about women and the light punishment given to the Stanford swimmer who sexually assaulted an unconscious woman make me wonder just how much attention women's voices actually get.

That's why one of my favorite literary genres is what I call the Unapologetic Memoir. These books, which are written by women, analyze the author's role in society with incisive wit and grace. They provide a window into individual experiences, and, in doing so, clarify greater trends in modern gender relations (among other topics). Unapologetic Memoirs are just as entertaining as they are fascinating. Below are seven new Unapologetic Memoirs to add to your summer reading list, as well as a bonus one coming out in October.

So hike up your skirts, ladies and gents, and prepare to jump headfirst into the literary world of funny, funny women:

You probably recognize Mollen as Nina Ash from the TV show Angel or from guest appearances on shows like Girls and Suits, but what you may not know is that her writing chops equal her acting talent. Mollen's new memoir, Live Fast Die Hot , explores the idea of becoming a responsible mother while holding on to her freewheeling, sexy lifestyle. The birth of her son two years ago made her reconsider doing what were previously 'normal people things,' like brushing her hair and checking her voicemail. Mollen's hilarious book is perfect for new mothers and childless twenty- or thirty-somethings alike.

2. How to Make White People Laugh by Negin Farsad (May 24; Grand Central Publishing)

In 2011, Farsad was named one of the 50 Funniest Women by the Huffington Post . Farsad, who is of Iranian descent, writes, performs standup comedy, and makes movies about comedy acting as a vehicle to work through issues of race and religion. In Farsad's new memoir, she explores what it really means to be black, or white, or Muslim, or ______-American (fill in the blank with any country). Julia Sweeney, a former SNL cast member, wrote that "This book is more than funny-it's on David Sedaris-level first-class perfect fucking hilarious funny. I laughed so hard, I made a spectacle of myself."

3. Shrill: Notes from a Loud Woman by Lindy West (May 17; Hachette)

I'm already an admirer of West's because of her defense of feminism, her fantastic writing for sites like Jezebel and Cracked, and her work with #ShoutYourAbortion, a campaign she founded to de-stigmatize the practice of getting an abortion. When she showed up as a guest on the podcast 2 Dope Queens to read an excerpt from her memoir, I didn't need any further persuading to go out and read her book. West writes about what it's like to grow up shy, deal with body acceptance issues, and eventually use her voice to shout from every platform she can find. Shrill: Notes from a Loud Woman will make you laugh, but it'll also make you think.

Coyne is the executive editor of People Magazine , so it's not so surprising that she would write a collection of essays about her interactions with various celebrities. What is pleasantly surprising: how funny those essays are. Coyne lends a warm, wry voice to her stories, which recount meetings with actors and public figures like Michael Douglas, Kate Gosselin, Monica Lewinsky, and Tom Cruise. If you want to know what it's really like to work as a celebrity journalist and act as the link between stars and the public who clamors for news about them, Coyne's memoir is just the one for you.

Raise your hand if you haven't heard of Jessica Valenti and her writing for The Guardian on modern feminism. No hands in the air right now? That's about what I thought.

Valenti is one of the most visible icons of online feminist writing, but she's also the author or co-author of six books, the most recent being Sex Object: A Memoir. In these essays, she uses her own experiences as the starting point for an exploration of all the ways in which sexism has impacted her life. It's darkly funny writing, and it's also illuminated by Valenti's deep knowledge of gender relations. Whether you've been a fan of Valenti for a long time, or you're just getting around to reading her work, you'll want to take a look at Sex Object: A Memoir.

6. This Is Not My Beautiful Life by Victoria Fedden (June 7; Picador)

Imagine you're 36 years old, nine months pregnant, and living with your parents when the Feds show up and cart your parents away for running a stock fraud scheme. That's just the beginning of Fedden's memoir, This Is Not My Beautiful Life, and it doesn't get any easier from there. Set in southern Florida, the book recounts both Fedden's rocky entry into motherhood and her relationship with her now-imprisoned parents. Picador describes it as "a real-life Arrested Development ." Who wouldn't want to read a memoir with that tagline?

It always amazes me that humor can provide the right entry into some of the darkest subjects out there. Smith's new memoir, Girl Walks Out of a Bar, is a perfect example of the balance between the despair inherent in her subject matter (alcoholism) and the candid jokes of the humor writing genre. Smith was a highly successful lawyer in New York when she turned to drinking to deal with the anxieties of her workload. Soon, her alcoholism had consumed her life. She's been sober for ten years now, and her book aims to de-mystify addiction, as well as the recovery process, so that fellow addicts of any sort can find a spark of hope.

I first heard Phoebe Robinson's explosively funny, no-holds-barred kind of humor while listening to her hit podcast, 2 Dope Queens. On the show, she and fellow stand-up comedian Jessica Williams riff about what it's like to be a black woman living in New York City. I now listen to 2 Dope Queens as obsessively as I watch Game of Thrones, that's how good it is.

Robinson's upcoming book, You Can't Touch My Hair, contains essays on everything from her love for 'white people music,' like U2, to falling into the role of the 'black friend' again and again. What's more, Williams is writing the intro, so what's not to love? I'm tempted to start a countdown clock for the release date (which is October 4), just to make sure I nab this one as soon as it hits the shelves.