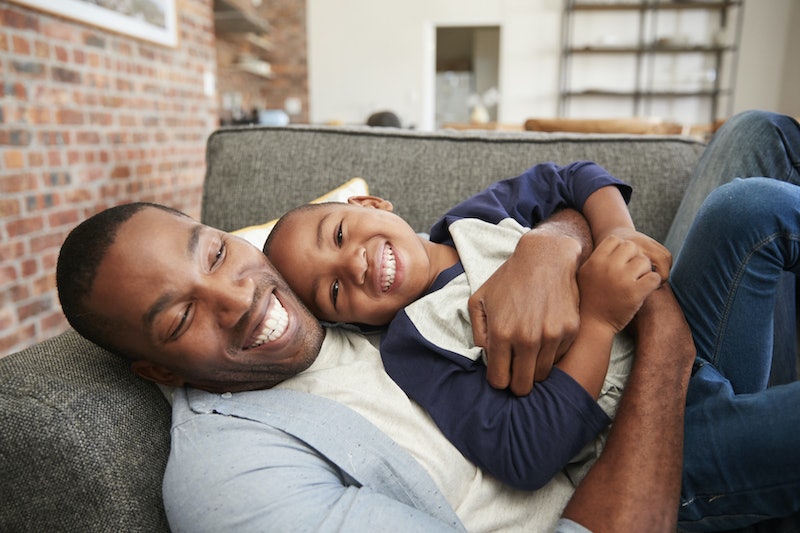 The letter that Brock Turner's father wrote reflecting on his son's "20 minutes of action" — and Judge Aaron Persky's decision that a harsher sentence for three counts of felony sexual assault than a paltry six months in county jail and probation would "have a severe impact" on Turner — outraged more than a few of us; the handling of the entire sentencing is a blatant reinforcement of rape culture. But a group of dads have decided not to stand for it: Spearheaded by Ryan Spelliscy, a father of two, Dads Who Give A Damn is helping teach boys about sexual assault and consent. With the help of dads that he works with at advertising agency J. Walter Thompson, Spelliscy created the website 20 Minutes of Action 4 Change with the goal of putting an end to rape culture and the still commonly held belief that women are somehow at least partially — if not wholly — responsible for being sexually assaulted by someone else.

Spelliscy explained to The Daily Dot that there aren't simply enough resources for talking to boys about respecting women's bodies and the boundaries that we all have the right to put up. "We need to do something different," he said — because that lack of resources is one of the reasons women continue to be held responsible for preventing their own sexual assaults. Finally, finally, we have a group of men supporting what we've been screaming for years: Don't just teach people how not to get raped. Teach people not to rape in the first place.

Spelliscy echoes a sentiment with which many likely agree: An update to "The Talk" that people have with their sons about sex is long overdue. For years, we've taught our sons how to have sex — what to do; what to say; how to get the girl, or boy, or whoever; how to take action; how to win the prize. And to be fair, why wouldn't we talk to our sons about this? We know our sons are going to have sex; so at least this way, they know it's safe to talk about it.

But the problem lies in the fact that this dialogue rarely starts with, "First, son, you need to get consent." We don't typically explain, "Well, if you're at a party and you're drunk, or if she's drunk, or if you're both drunk, don't put the moves on her." We already know these things to be true. We know that it's wrong to touch a person without their consent. Unfortunately, thpugh, we've still created — and continue to perpetuate — a culture where rape and sexual assault are somehow acceptable. After all, it was just "20 minutes of action," right? But there is nothing "just" about it. "20 minutes of action" means a lifetime of healing for the woman Brock Turner assaulted.

And it's this culture that Dads Who Give A Damn is trying to change: 20 Minutes of Action 4 Change, whiched launched on Father's Day, offers resources for getting the conversation going. It is the group's hope to combine forces with other organizations and perhaps even put out a children's book to create a bigger, more open space for people to talk to their sons about consent, sober sex, and a women's inherent right to say no.

Because they're right. It is long overdue. And if we're ever going to dismantle rape culture... well, we've got to start somewhere. And this might just be one of the most important pieces of the puzzle.