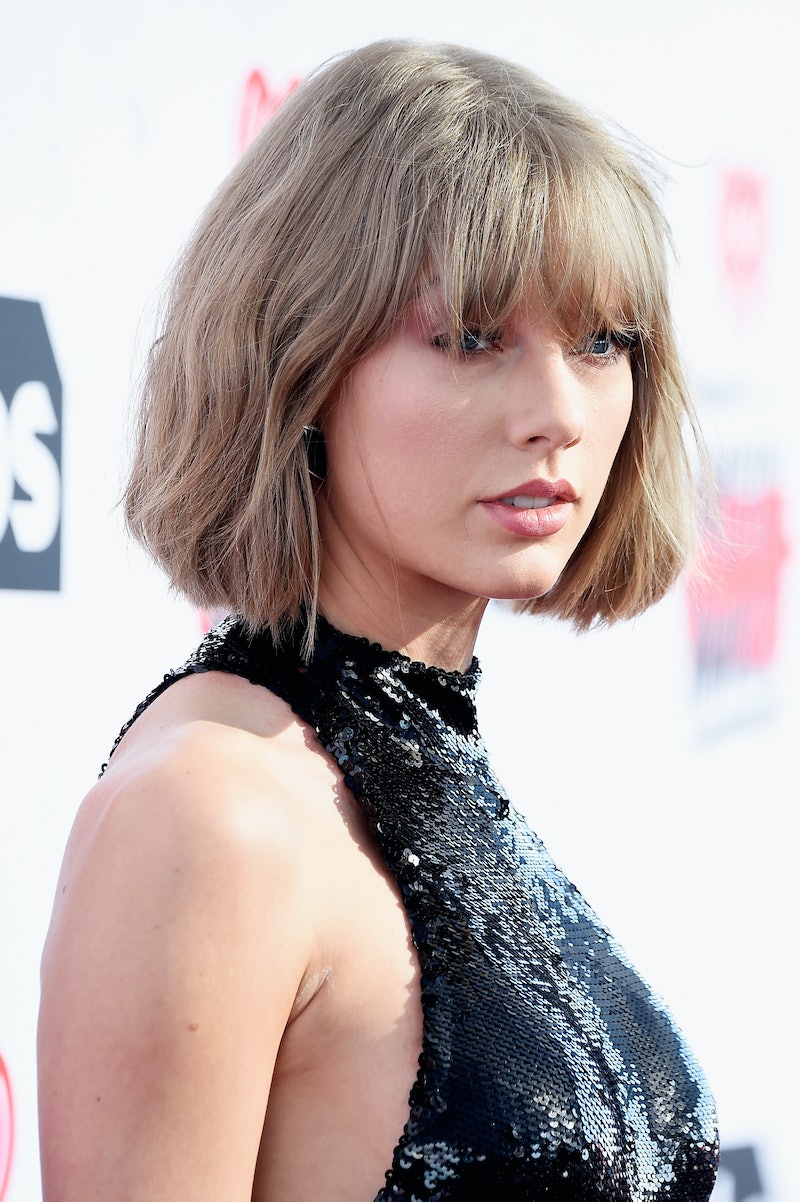 Meeting a significant other's parents for the first time is such an important relationship milestone that there is an entire Ben Stiller/Robert DeNiro comedy dedicated to it (and two sequels). And although it's just been one week — one week! — since Hiddleswift went public with their romance, T. Swift and T. Hiddles are already taking that big step: Tom Hiddleston met Taylor Swift's parents, E! News reports. The happy couple, who have been spending time in the "Blank Space" singer's hometown of Nashville all week, reportedly met up with Swift's parents after lunch on Thursday afternoon. Things are getting serious, guys.

Let's recap with a brief Hiddleswift timeline: On June 15, two weeks after Swift and Calvin Harris ended their 15-month relationship — and about a month after Swift and Hiddleston danced together at the Met Gala — T. Swizz and Hiddleston were paparazzied making out on rocks near her Rhode Island beach house. Since then, the pair jetsetted to Nashville, where they double-dated with Swift's longtime best friend Abigail Anderson and her boyfriend at Selena Gomez's Nashville tour stop. So yeah, you could say that Hiddleston is doing more in Nashville than just hitting up those honky tonks on Broadway — he's being introduced to the most important people in Swift's life. And that's no small task.

It's clear that Swift, 26, and Hiddleston, 35, are getting serious — and fast. There is really no denying the whirlwind nature of this romance: Even if Swift and Harris had broken up weeks before they officially made the announcement, as late as April the singer was giving the Scottish DJ a heartfelt shoutout at the 2016 iHeartRadio Music Awards. Fast forward three months later, and her new beau is meeting her parents and spending time getting to know her closest friends. It's quick AF, to be certain, but as E! points to a Vulture profile of Hiddleston, it's very characteristic of the actor, who told the magazine that once he's committed to something, well, he's fully committed.

"My great strength, and my great weakness, is that I can't do anything by halves. So when I do something I do it to the exclusion of everything else," he revealed. "Which is great for the work and less great for my life, if you know what I mean."

Though there's no way of knowing if Hiddleswift is "gonna be forever" or "go down in flames," to quote a certain someone, it looks like things are going well so far — even at breakneck speed.