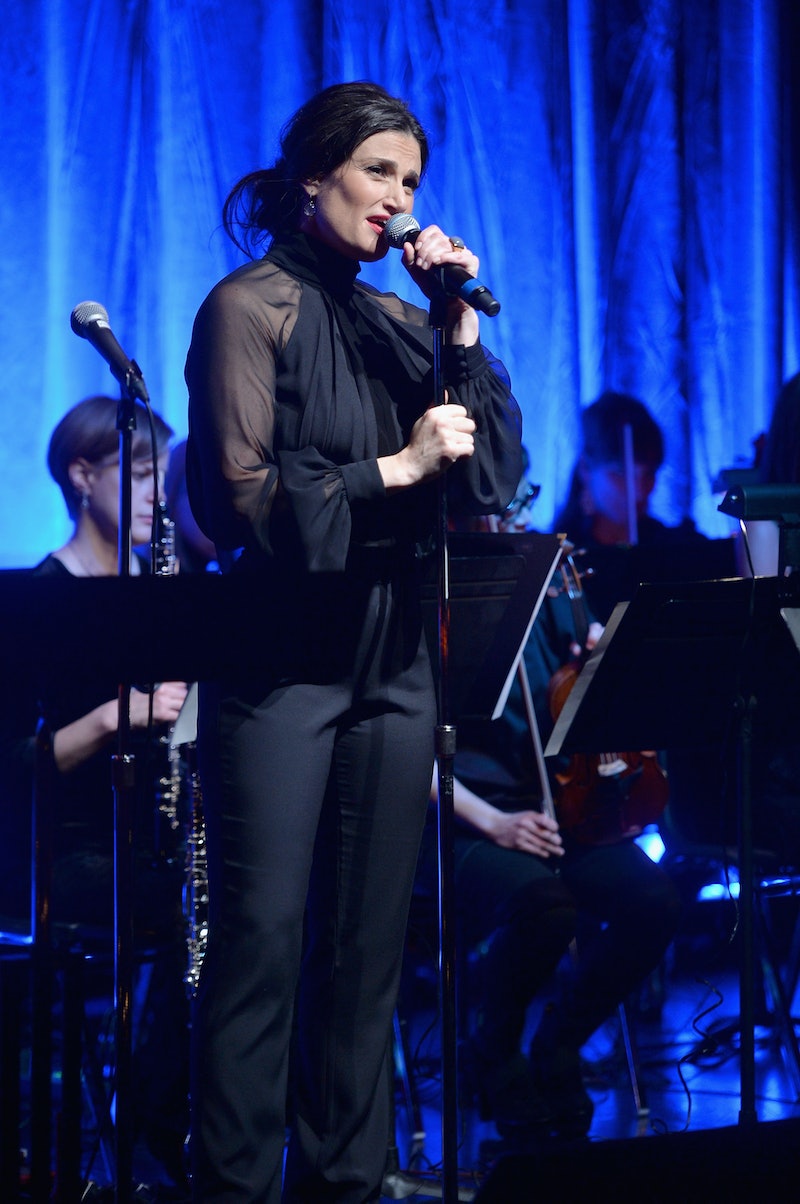 Finally, the 2014 Oscars moment we've all been waiting for. No, it's not the reveal of this year's Best Picture winner or even a fellow competitive category. No, instead, we all sat at the edge of our seats watching Idina Menzel perform Frozen 's "Let It Go" live and it was breathtaking. There have been other performances of the Best Original Song nominees throughout the night, but really, who cares about them when we all knew "Let It Go" was coming?

The song quickly became the breakout hit from Disney's Best Animated Feature Film nominee Frozen, and since the film's release there have been countless covers and parodies online. Of course, those don't matter now that we've seen the voice behind it all belting it out on the Oscars stage. After having her name butchered by John Travolta, Menzel took the stage in a stunning off-white dress and the stage transformed into Elsa's ice castle.

Menzel was visibly nervous in the beginning, but quickly relaxed and gave a great rendition of the empowering song we've all come to love. Things seemed to get a little shaky during that final last note and the performance was way shorter than we would've liked it to be, after weeks of anticipation, but "Let It Go" was still a memorable Oscar moment.

To top it all off, "Let It Go" won the Oscar for Best Original Song, too. Congrats!

More like this
Just 1 More Award Would Make These Celebrities EGOT Winners
By Hugh McIntyre
Hugh Jackman & Deborra-Lee Furness’ Relationship Timeline Started With A Mutual Crush
By Hugh McIntyre
Jennifer Hudson Becomes An EGOT Winner At The 2022 Tony Awards
By Jake Viswanath
The EGOT Winners List: Only These 17 Artists Have Ever Reached EGOT Status
By Radhika Menon and Marina Watts
Get Even More From Bustle — Sign Up For The Newsletter