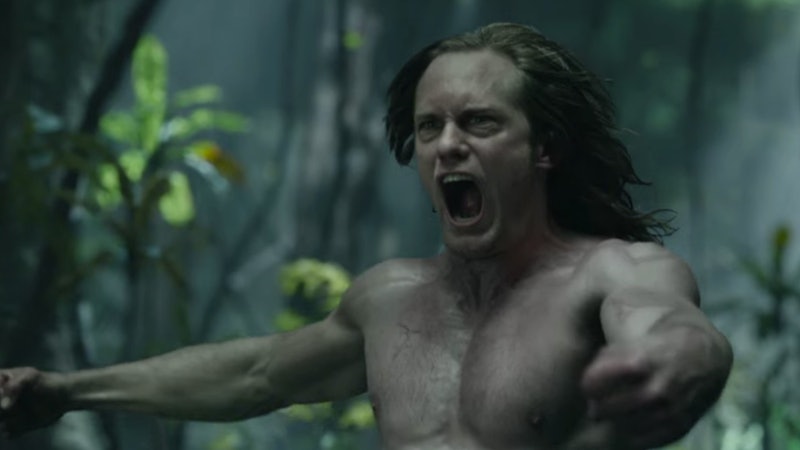 Everybody knows that Tarzan is King of the Jungle and Lord of the Apes. Because of these distinctions, he is very familiar with surviving in the wilderness and everything that goes along with it. He knows how to swing from tree to tree to get around, he knows how to hunt and fight, and he knows what to eat. And in the new film The Legend of Tarzan, he gives a unique jungle survival tip. After eating some ants, Tarzan claims they taste like bacon. But do ants really taste like bacon?

What an ant tastes like depends on the type of ant you eat. Honeypot ants of Australia fill their abdomens to grape-like size with a honey-like nectar, and are said to be quite sweet. Most other edible types of ant are said to taste sour or citrusy, like the appropriately named lemon ant of the Amazon, whose taste is due to a type of acid the ants produce. But to enjoy a bacony ant, you'd have to try the Leafcutter Ant of South America. These beasts, some of the largest ants in the world, are eaten toasted and are said to have a "nutty, bacon-like taste" — at least according to the marketing that sells the ants pre-toasted. But these ants are still halfway around the world from Tarzan, so what about the ants in the Congo?

You probably don't want to eat them unless you like your food to be painful. The Congo is home to the notorious insects known as Siafu ants, driver ants, or army ants. These vicious predators live in colonies of millions of ants, and are famous for swarming their prey. They have large, sharp mandibles that are capable of ripping through flesh, and will attack anything that gets in their way. So I definitely wouldn't recommend putting one in your mouth, even if they do taste like bacon (they don't).

People really do eat ants, and at least one species, when prepared a certain way, apparently does kind of taste like bacon. But at the end of the day, I think I'd rather fry up some bacon than taste every ant I see to try to find one that might taste a little like smoked breakfast meat. But that's just me.

More like this
Here’s What Sarah Jessica Parker’s Canned Cosmo *Actually* Tastes Like
By Emma Garza
The Joys of Eating
By Samantha Rollins
Shocked Fans & Former Co-Stars React To Ray Liotta’s Death At 67
By Grace Wehniainen
'Stranger Things' Star Joe Keery Is Dating An "Indie Scream Queen"
By S. Atkinson and Grace Wehniainen
Get Even More From Bustle — Sign Up For The Newsletter