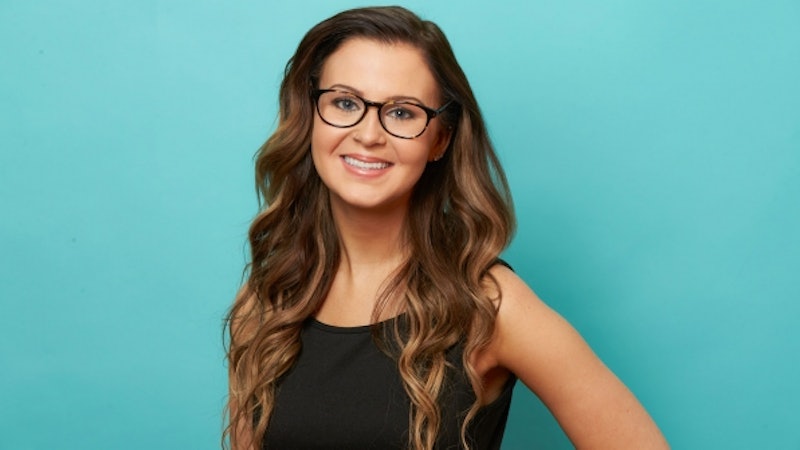 It’s the question that every Big Brother fan has been asking ever since Season 16's Nicole stepped out of that giant suitcase in the Season 18 premiere (I know, it sounds weird out of context, but trust me, it made sense): Are Michelle and Nicole from Big Brother 18 related? For a season full of siblings — Tiffany is the sister of Season 17’s Vanessa, and Paulie is the brother of Season 16’s Cody — many fans have been speculating that there are other relatives hiding in the house and that Michelle and Nicole could be two of them. I mean, just look at these two — from the minute the houseguests had a free moment, there was talk that they look almost exactly alike. It's uncanny. Could they be related, making this a twist that Big Brother keeps hidden from everyone, even the at-home audience?

Honestly, it’s not likely. I'm gonna go ahead and say that keeping a twist from viewers isn’t exactly the best strategy for producers of the show. Half the fun of having a twist like siblings or twins or relatives in the house is being in on it as viewers and watching the fun unfold in the house. To have a long-standing twist like two houseguests being related without letting the audience in on it would be a pretty big waste of drama on the part of Big Brother, and not letting people in on drama has never been something he’s been known to do.

But, that said, I don’t blame people for thinking these two look enough alike to be related. If not sisters, they look like they could definitely be cousins. Especially when you see pictures of Michelle before she dyed her hair brown. On social media, there are pictures of this houseguest with a full-on blonde head and hair, and it’s in those images that these two look the most alike.

Take a look. Can you tell who is who?

Still, it’s unlikely that these two are related and that Big Brother is keeping it from us. The show has been pretty upfront with the viewing audience about other family twists. We knew from the start that one of the houseguests had a twin when Liz and Julia were swapping out on Season 17 (even though we didn’t know until later which houseguest it was), and we knew from the beginning of this season that Tiffany and Paulie were related to former houseguests who made it far in the house.

So as fun as it is to speculate, I wouldn’t put any money down on some big reveal halfway through the season that these two are actually related. What fun would that be if they kept it from us for that long?