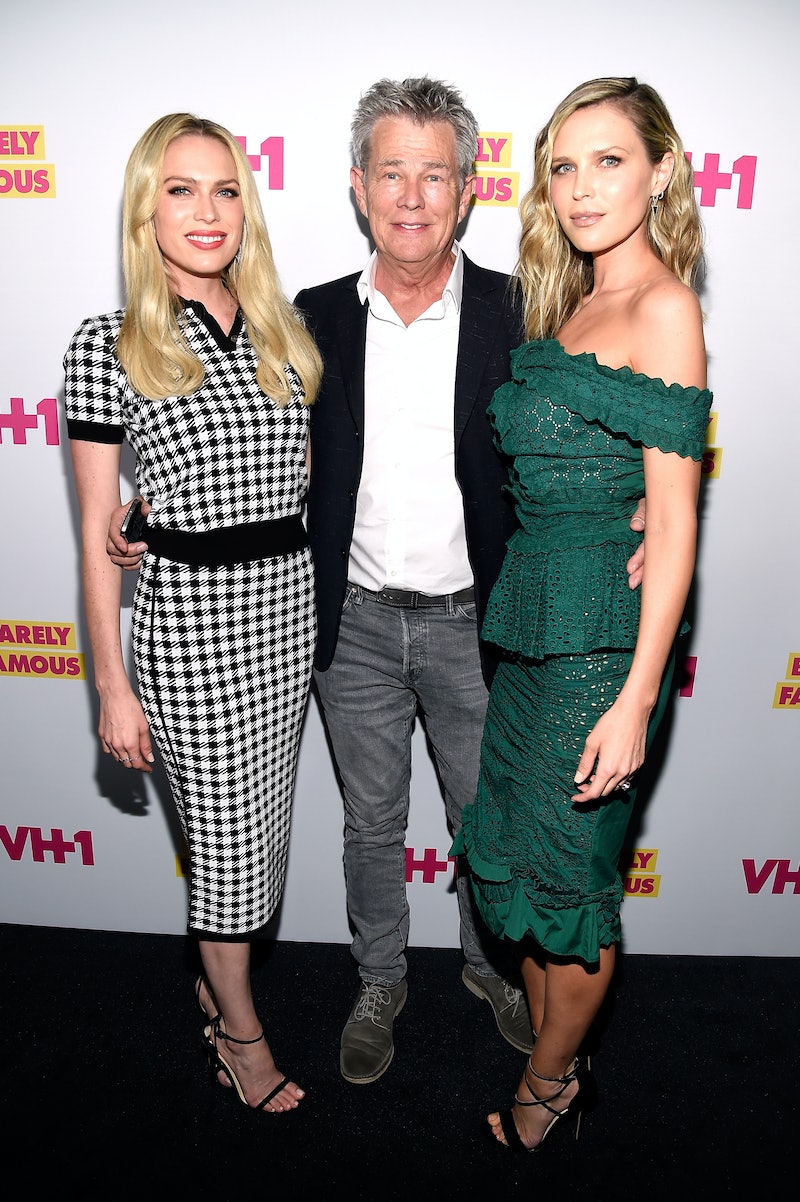 Throughout Season 6 of Real Housewives of Beverly Hills, Yolanda Hadid's Lyme disease battle was a huge focus. Her fellow Housewives definitely didn't hold back when it came to discussing it. I mean, even the word Munchausen was brought up. Basically, all of the talk was just a horrible disaster and extremely frustrating. Well, it seems like the conversation continues, because while chatting on Jenny McCarthy's Dirty, Sexy, Funny radio show, David Foster's daughters said a lot about Yolanda Hadid. If you thought Lisa Rinna didn't mince her words when it came to Hadid, just wait until you hear what Sara and Erin Foster said.

"Look, this is how I feel," Sara said about Hadid's illness and her continuing to film RHOBH. "We don't comment to our friends on Yolanda's health. That's not for us to comment on. Only she knows her journey, but what I will say is if you're capable of continuing to be on a reality show, you're not dying. Let's be honest."

Actually, she's no longer going to be doing reality TV, at least for right now. On June 15, Hadid announced her departure from RHOBH in an Instagram post. Part of it read:

I would have loved a more graceful exit then "Season 6" but sometimes we don't get to control the endings of the chapters in our life............ I am leaving what's over without denying its past importance in my life. I believe that every exit is an new entry and with that in mind I say goodbye to my@Bravotv Family as I continue to focus on a my recovery, my children and bring back the privacy within our Home.

As for Sara's sister, Erin, she was also extremely vocal about about Hadid's disease. She said,

"Again, we are not doctors. We have no idea what goes on, and we don't wish anyone ill will of any kind. However, I think that from everyone's experience, if anyone's ever known someone who is very sick, who has cancer, who is dying, who's in the last year of their life, the only thing that person gives a sh*t about is getting through the day and being treated normally. No one wants everyone to know how sick they are and everyone to see how much they're struggling, and when that seems to be the focus, of making everyone see how sick you are, that's just confusing to someone who's trying to be supportive."

The confusion Erin mentioned is actually something that was brought up on RHOBH. Many individuals, including former Housewives star Taylor Armstrong, had a difficult time understanding Hadid's situation, especially with the conflicting photos she was sharing on Instagram.

As for Hadid, she stands by her illness, helping others who are also battling Lyme, and striving to get better. In a December 2015 Bravo blog post, Hadid wrote, "Too many chronically ill people are misunderstood by others, including family, friends, and their community. My clinical diagnosis are black and white, if sharing them will shed light on this epidemic and educate the world, I will gladly do so."

Also in December 2015, David opened up about Hadid, including the reports about what exactly led to their divorce. In a statement released to People, he called the rumors "inaccurate or baseless information." He continued, "I have always had and continue to have the utmost respect and love for Yolanda, which is why it is so frustrating to see headlines questioning her chronic debilitating illness."

Sara and Erin also discussed their father with McCarthy. Sara specifically said, "Our loyalty is to our dad. Our dad is a really good guy. Let me tell you something. That guy will give the shirt off his back to you, to you, to you. To anyone in this room." Regarding reports that David deserted his sick wife, they said, "You have no idea what you're talking about and you're so off the mark for how things went down."