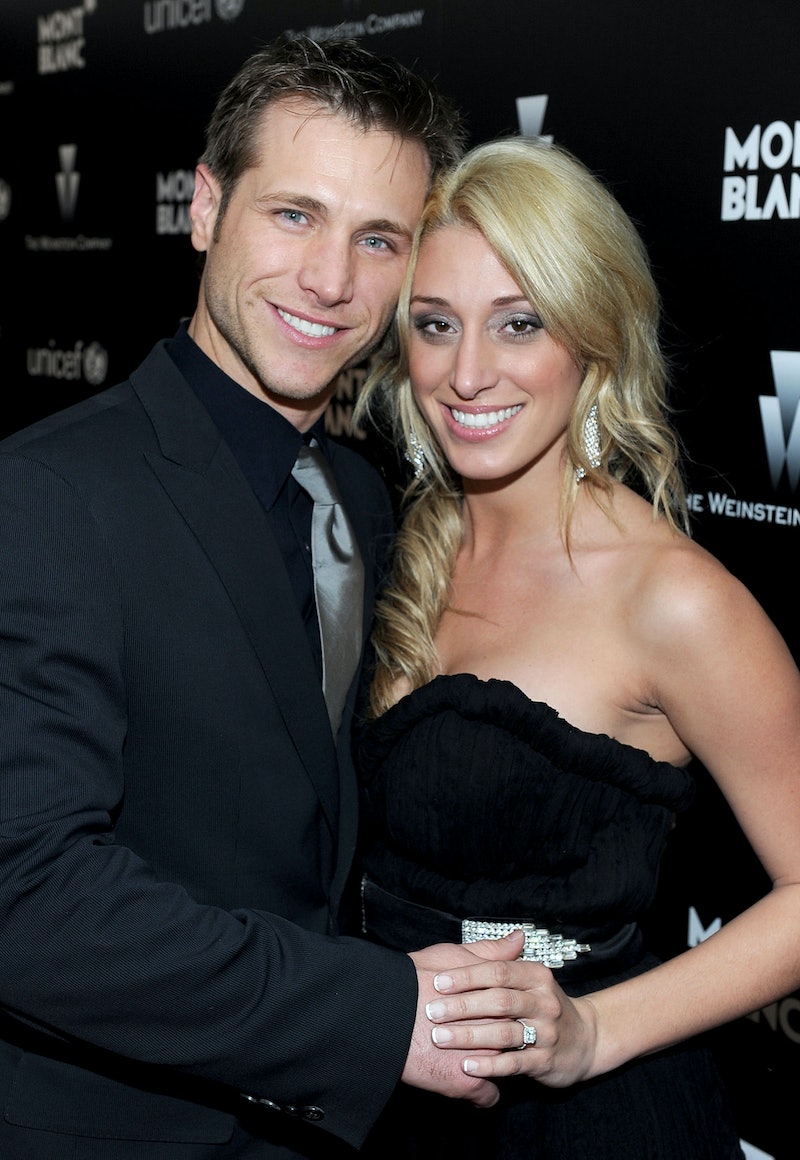 Even when people have found love for the right reasons on The Bachelor, sometimes relationships go wrong. Each season brings new hope to a man and several women that true love is on the horizon — and sometimes it really is. Unfortunately, it doesn't work out all the time, and there are many noteworthy Bachelor breakups you've probably forgotten about, because no one wants to remember all the drama and heartbreak that happens on the show. That being said, there are several love story successes from the series, like Sean Lowe and Catherine Giudici, who found love on The Bachelor, got hitched, and recently had a baby.

So it is totally possible to find love on the pressure cooker that is reality TV. Jason Mesnick and Molly Malaney met on the show and are married with a baby now, but their success story is a bit more complicated — he originally proposed to someone else on The Bachelor. And of course, it might be early to declare that recent Bachelor Ben Higgins and fiance Lauren Bushnell are together forever, but they do seem to be in it for the long haul, considering that they will continue their journey in the Bachelor spinoff Ben and Lauren: Happily Ever After, airing on Freeform this fall.

But still, sometimes love doesn't last. Here are some of the Bachelor breakups you may have forgotten about over the years.

Love in the age of e-mail means you can also have heartbreak in your inbox. After Brad's second season ended, Emily claimed he broke up with her via an e-mail to the show producers — which she was CC'd on — and they even ended the relationship multiple times after that, according to her tell-all book.

The tire heir (yup, that Firestone) got engaged to Jen at the conclusion of his season, but they broke up a few months later and she became The Bachelorette .

Remember the very first Bachelor? He and Amanda decided not to get engaged, but they dated for awhile. They did, eventually, break up.

At the end of his season, Jason proposed to Melissa, but then confessed that he couldn't stop thinking about Molly. So he broke up with Melissa during After the Final Rose and asked out Molly. Whoa.

Just because you skinny dip together doesn't mean you'll be together forever — that's the lesson Ben and Courtney learned. They ended his season of the show as engaged, then they took a break, got back together, and then broke up once more. "The woman that I saw on TV isn't the Courtney that I know," Ben said on After the Final Rose , according to People. "Those are the moments and the instances that led to Courtney and I not talking for a time while the show aired. We were essentially broken up."

Although they ended his season engaged, this relationship ended on rocky terms. Shayne and Matt did not have nice things to say about each other after the fact. According to Wetpaint, in an E! special called The Bachelor: Then & Now, Matt said many hurtful things about his ex when he said, "Did I find true love on the show? Um, no. Not one little bit. I proposed to a woman who was about a foot and a half shorter than me, who had nothing in common with me, and thought there were palm trees in London. Did I make a mistake? Yes. Did I look like an idiot? Yes. Do I regret it? A little bit.”

The couple ended his season engaged, but they never made it down the aisle. They tried their best to make it there, though. Juan Pablo and Nikki even wound up on Couples Therapy to try and work things out. "There was a while where I did feel like he was totally in love with me. Was it too late? Probably," Nikki told Chris Harrison on After the Final Rose in 2015, according to E! News. "I think at that point I had come to the conclusion that we were different people and we were never going to be on the same page."

It's hard to forget when Andi totally gave it to Juan Pablo, but if it slipped your mind, she called him on everything in a way only a future Bachelorette could.

The farmer found true love — or so he thought. Chris and Whitney ended their engagement after the show, but he's still hoping to find love, according to an interview with People. "A lot of people asked about us getting back together," Soules said. "She's a great girl and I hope the best for her, but for me, that chapter in my life is closed. I think it's best for me to move on, have a fresh start and find love a different way. I'd like to date someone who doesn't know who I am!"

As fans learned during his season, Juan Pablo can have a way with words. But in this case, Clare was not going to take his comments and stood up to him, as seen in the above clip.

Just because JoJo is the Bachelorette now doesn't mean fans should forget the fact that Ben broke her heart during his season of The Bachelor.