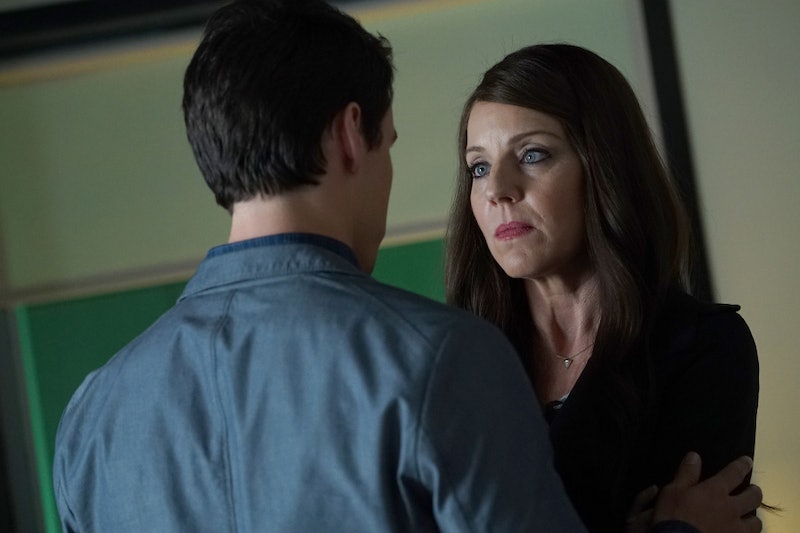 In a secret-riddled town like Rosewood, even an evil partnership has a risk of falling to pieces, which is precisely what seems to be happening between Mary Drake and Dr. Rollins on Pretty Little Liars as of late. Though originally, the Season 6 finale led us to believe that Mary Drake and Rollins were working together, last Tuesday's episode made it clear that this alliance may actually be falling apart at the seams, which could either be very beneficial or detrimental to our beloved Liars, depending upon how you look at it.

On the one hand, it could be useful to have Mary Drake in their corner, especially when it comes to getting Alison returned safely. She clearly didn't approve of how far Rollins was taking things during her recent trip to the hospital, which could prompt her to rethink their little team-up arrangement. Their love of Charlotte may be what brought them together initially, but there are some lines that maybe even Mary Drake isn't willing to cross, and if she sees Rollins as too big of a threat (or feels like he's getting in the way of her plans), she may be inclined to sever their ties and take action against him... or vice versa.

Someone is going off book from when we last saw them plotting together to take back control of the Carissimi Group. Either she's having second thoughts of being so cruel to her niece, Alison, or he's taking things too far with his revenge scheme. Either way, they're not as on the same page as they used to be and if this week's promo is any indication, Alison is in more trouble than ever now that Rollins has got her all to himself with no Mary Drake to help keep him in check.

Then again, it may be naive to assume that Mary Drake isn't just as much of a villain as Rollins himself. So far, she's doing a great job coming across as a victim to both the Liars and viewers, but that doesn't mean she's really as innocent as she seems. According to her story, she only ended up in Radley because of Jessica, who let her take the fall for the murder of a neighbor's child, Teddy Carver. We have no way of knowing if that's really how things went down, given that Jessica is no longer around to tell her side of the story. In fact, it's very likely that Mary Drake was the one who killed Jessica, so she's just as dangerous (if not more so) than Rollins.

Bottom line: it's still way too early to have a good handle on what either of these characters are really up to yet. But now that they seem to be going rogue from each other's plans, things could really start spiraling out of control, which is bad news for Alison in general.

Ali has more enemies than ever before and if this keeps up, she may be the one who ends up in that grave we saw the Liars digging in the Season 7 premiere. Only time will tell...