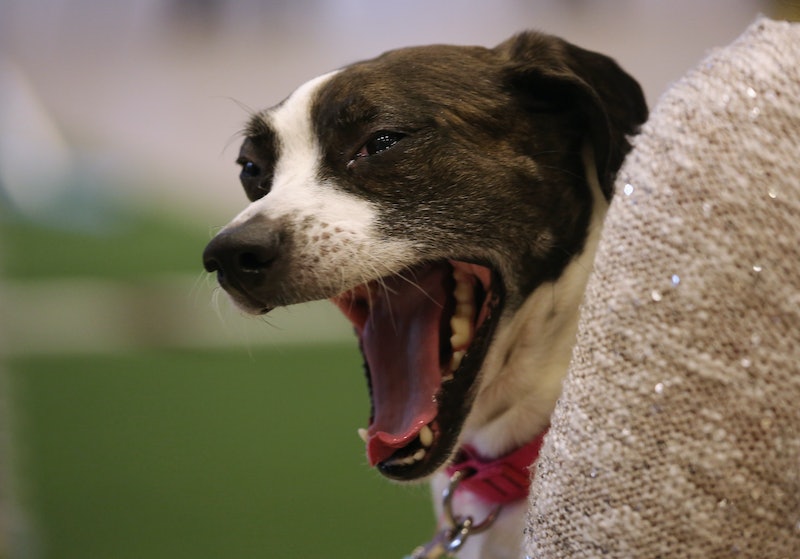 I'm sure you’ve read all about the consequences of chronic sleepless, or, at the very least, have received a few scolding phone calls from your mom about them. You know that people who don’t get enough sleep are at risk for problems like diabetes, high blood pressure, and even premature death. It may be Sleep Awareness Week, but we'll probably all have cool robot bodies in 40 years anyway, so why not stay up now and have more time to work, party, or write your Family Matters fan fiction?

For many years, I played it fast and loose with sleep, figuring I’d "make it up later." Then, over one week during a particularly anxious period my life this past Fall, I was unable to get more than four hours of sleep a night.

My lack of regular bedtime or sleep routine (combined with my anxiety) kept me from falling or staying asleep most nights for the entire week. I slid into chronic insomnia, which affected every aspect of my life — from how I performed at my job, to what I ate for lunch. It also made me look and feel like Matthew McConaughey during all the present-day segments of True Detective .

Want to know what happens when you only sleep for four hours or less a night for a week straight? I'll tell you. (And yes, I am an American hero for reliving this.)

1. You Will Eat Nothing But Carbs and Sweets

When you’re tired, the first thing to go is any semblance of a balanced diet. As my adventure in sleep deprivation began, vegetables became a faint memory, and my off-balance body demanded to be wrapped in a protective shell of bread bowls and gnocchi at all times.

Not only did my tired body produce hormones that had me craving sweets, but I also just felt so physically horrible from being exhausted that a bag of Doritos was pretty much the only pleasure I experienced all day. (Not a good sign.)

If you're this sleep-deprived and sitting somewhere comfortable, you will briefly fall asleep. During my week of sleeplessness, I frequently chugged a cup of coffee, jumped into the passenger seat of my boyfriend’s car, and immediately fell asleep for 15 minutes. The naps didn’t actually help me feel any less tired, and they interfered with my ability to participate in society (where suddenly falling asleep in public is generally frowned upon).

3. Every Sound You Hear in the Middle of the Night Will Sound Ominous

4. Everyday Annoyances Will Be Greatly Exaggerated

Remember when I just said that lack of sleep affects your judgment? This will include judging how genuinely annoying something is. After day three of low sleep, I was surprised to find that even the sound of a child's laughter felt like glass shards being shoved into my tired, tired brain.

5. You Will Spend Every Free Second Buying Coffee

You’re going to be spending a lot of time at Starbucks. It’s not really going to do you any good, as you are far past the point of caffeine making a dent in your epic tiredness — but you’ll cling to those cups like they’re big, warm, fresh-brewed teddy bears anyway.

6. People Will Think That You Are on Drugs

And can you blame them? The red eyes? The grayish skin? The public naps? If anyone tries to kick you out of that Starbucks, they’re well within their rights.

7. You Will Lose Every Piece of Clothing Not Securely Fastened to Your Body

Goodbye, Favorite Scarf. You live in a gutter now! What was I even doing peering intently into a gutter in the first place?

Your Sense of What's Important Will Be Way, Way Off

What’s important in this world? Friends? Family? World peace? Getting to the drive-thru window at Arby’s before it closes? Every problem in the world will seem equally important.

9. You Will Pick Inappropriate Fights

Since your concerns are all out of whack when you’re tired, something small— like, say, someone taking too many of your curly fries — will set you off, and before you know it, you will be engaged in an intense public screaming match. I shamefully recall going off on my own boyfriend for "hanging up the toilet paper roll all wrong," a statement I will have to leave to future historians to decipher.

10. You Will Engage in Inappropriate Crying

Have you ever seen a grown woman in an Arby’s parking lot (sensing a theme here?) audibly sobbing I’m just so tired and I just wanted a Diet Coke and curly fries. That’s all I ever wanted!? If so: that woman was me.

“I thought we were friends!” you’ll shout at your pillow, through the tears. Your pillow, of course, will remain silent.