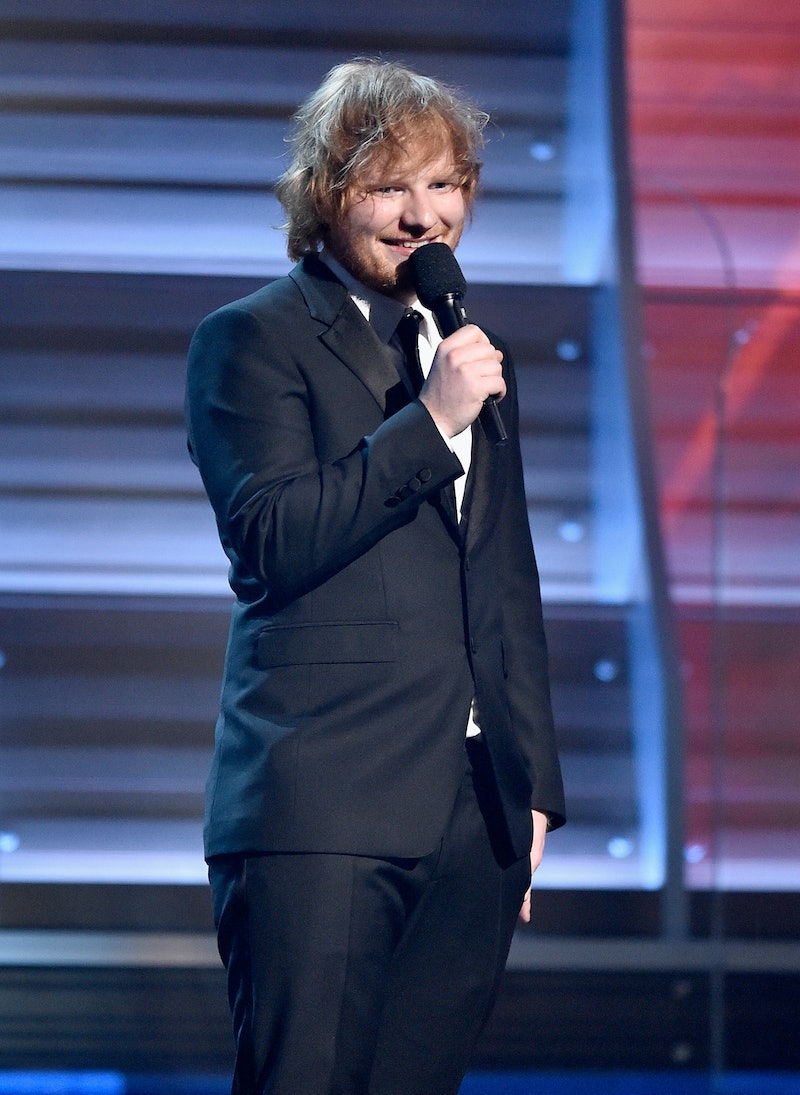 Over the weekend, Taylor Swift threw her annual 4th of July bash. But instead of talking about Swift and Tom Hiddleston (and his "I <3 TS" tank that sent the Internet into a frenzy), let's focus on a couple that flies way more under the radar. I'm referring to Ed Sheeran and his girlfriend Cherry Seaborn, who just celebrated their one-year anniversary. Swift even shared a photo of their celebration. If you're asking yourself, "Who is Cherry Seaborn?", don't worry, I've done the research for you. And trust me, she's so much more than Sheeran's GF.

It turns out that Seaborn and Sheeran first met during high school. How precious is that? They attended Thomas Mills High School in Suffolk, according to The Mirror. She's also got an impressive résumé. The 24-year-old attended Duke University, where she played hockey. Before moving to the U.S., Seaborn was a championship hockey player at Durham University in the U.K. Sheeran may have musical talent, but Seaborn has serious athletic abilities that deserve just as much acknowledgement.

The fact that a year of their relationship quietly flew by shows they like to keep private matters private. Yet when you're friends with T. Swift that's not entirely possible. She really went all out to commemorate the occasion, as seen in the photo below.

How cleverly adorable is their banner? It says "Happy 1st Ed-iver-Cherry!" Get it? Both of their names combined to wish them a happy anniversary. And there was plenty of love to celebrate — Swift's other bestie, Abigail Anderson, recently got engaged to Matt Lucier. And props to Swift on the flawless caption. The Love Actually reference has never been more fitting. As for Sheeran and Seaborn, they have the most perfect photobomb behind Anderson and Lucier.

Aside from this snapshot, they've been photographed together at sporting events. In September 2015, they went to a Mets game together in NYC. Knowing about Seaborn's own athletic prowess, it makes sense that sports are their go-to activity. They've also hung out with Calvin Harris, although I'm unsure how often that will happen now that Harris and Swift have split.

Either way, here's hoping fans get to see more of Sheeran and Seaborn in the future. From the way things are going so far, they seem like a great couple. Maybe she'll even inspire a future song or two.