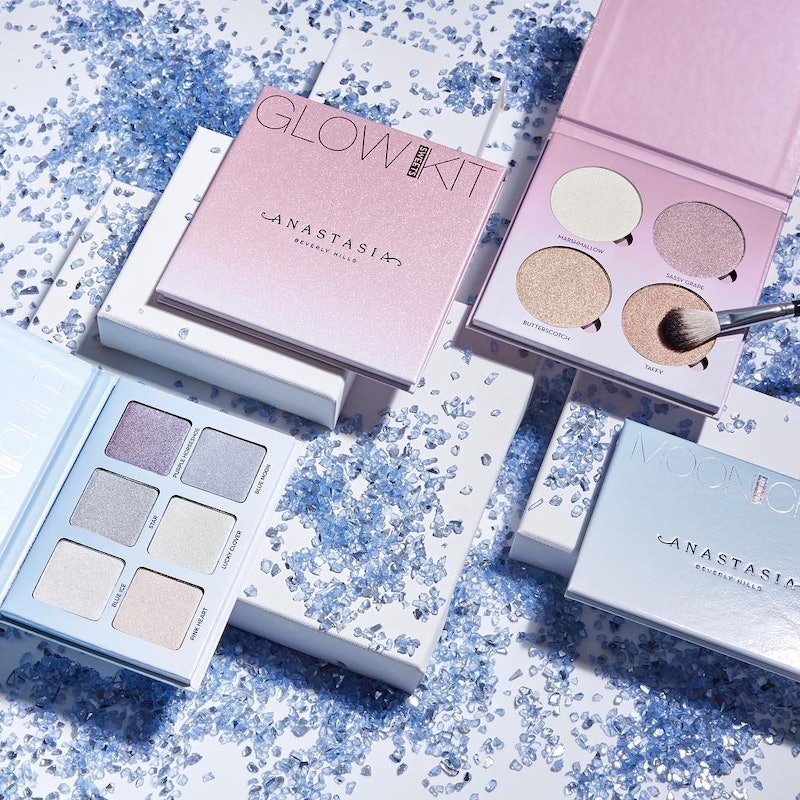 Anastasia Beverly Hills made makeup lovers all over the Internet squeal on Wednesday afternoon when they began to tease their two new Glow Kits. Moonchild and Sweets were added to the Glow Kit family, but how much do the new Anastasia Beverly Hills Glow Kits cost? Turns out that the kits are actually comparable to the current collection of kits, even the Moonchild kit which features six new highlight shades instead of the traditional four found in the in Sweets kit.

On Wednesday afternoon when Anastasia Beverly Hills began to tease the shades, beauty blogs and the brand's own Instagram pages blew up, and many had tons of questions about the new kits, one of which was how much the new Anastasia Beverly Hills glow kits cost? The answer? The new glow kits ring in at $40 a piece meaning that they're totally comparable to the certainly released kits. Despite the hype surrounding both Sweets and especially Moonchild, the brand kept their price point consistent, and fans of the highlighters are probably rejoicing to the glowing gods and goddesses.

Both Sweets and Moonchild are set to release on Thursday, July 7, which means you can snag the comparably priced products asap.

One of the most surprising things about the new glow kits prices is because of the launch of Moonchild. The palette doesn't just feature four highlights — there are six! While the pans do appear to hold less product than their round counterparts in Sweets, there are, nonetheless, more shades.

So if you saw a swatch of an image of the new Anastasia Glow Kits, you now know how much the cost. Moonchild and Sweets both retail for $40, making them the exact same price as existing glow kits. If you were concerned you wouldn't be able to snag the kits due to price, if you've bought a kit before, you've got this.