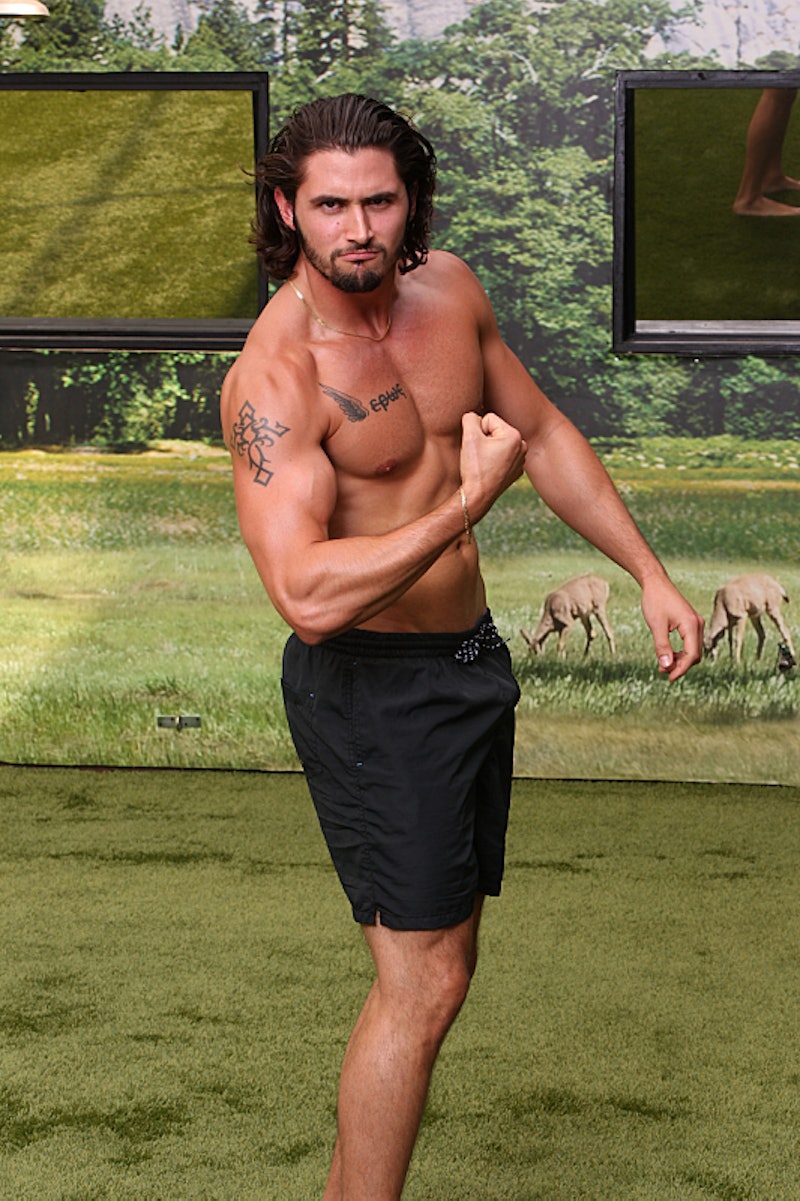 Victor Arroyo was headed for eviction on Thursday night's Big Brother courtesy of the 8-Pack alliance. After being put up on the block by Paulie, Victor was going home, not even a last ditch effort or eviction speech could save him. In the end, Victor was evicted from Big Brother in a 9-1 landslide vote. It seems that Victor might have known he was on his way out the door because he decided to use his (potential) last moments on the show to plug his Instagram. That's right, Victor used his eviction speech to ask the world for Instagram followers, giving out his user name — @elfitvic — to the world. Now, I wasn't particularly moved to follow Victor after his announcement, but if you are, here's a look at Victor Arroyo's Instagram page to see if it's worth following.

If you had a crush on Victor and liked him better when he didn't talk, then his Instagram might be worth a look. The man knows he looks good shirtless, and he wants you to know it to. His bio declares "fitness is life" and based on the amount of photos of him working out, I'd say he really sticks to that philosophy. But, let's take a deeper look. Here are a few things we learn about Victor from his Instagram.

Here's a closeup of Victor's arm because reasons.

2. He Really, Really Loves To Work Out

He works out his back on the regular.

To be fair, why wouldn't he?

4. He Is Obsessed With The Gym

5. He Doesn't Believe In Excuses

"If you have an excuse, you already lost," Victor wrote in the caption to this close-up Before & After ab shot.... Meanwhile, I'm eating pizza and IDGAF.

6. He Has Super Cute Nieces & Nephews

Victor is an uncle, and he loves it so much he posts selfies of himself actually wearing clothes if it means they're in it. (Full discloser: Victor's Instagram also features shirtless pics of him with babies, if you're into that kind of thing.)

He appears to own a snake named Remington and identify with the Slitherin way of life. So, he's basically Malfoy but with abs.

Victor likes guns. And not just those on his arms.

Check out Victor's Instagram for more ab shots and work outs, if you dare.