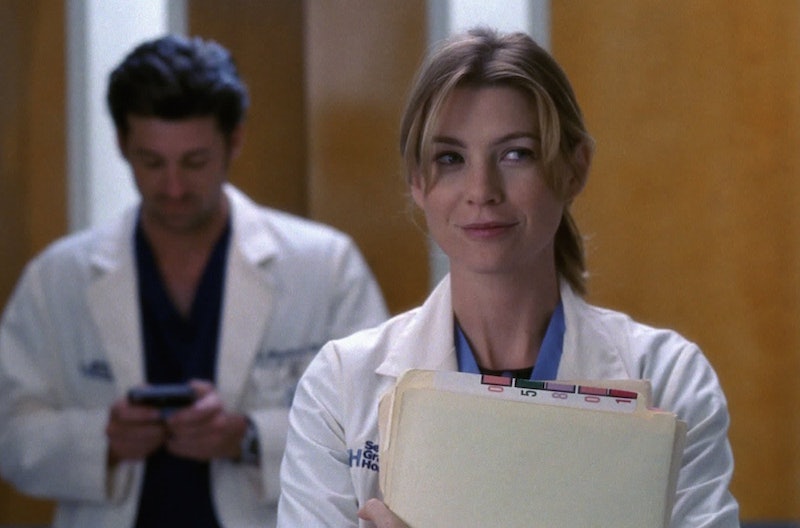 When this coming fall television season rolls around, ABC's long-running medical soap Grey's Anatomy will be turning lucky 13. In its decade-plus stint on the air, the show has seen 12 seasons, 269 episodes, 28 series regulars, three hospital name changes, and hundreds upon hundreds of surgeries. That's a lot of stuff to remember. I bet there are certain cases, guest stars, and plot points that even the most diehard fan will have forgotten at this point. Which is why I'm here to tell you that, before Grey's Anatomy Season 13 begins in September, this is the perfect time to rewatch all 269 episodes.

Premiering in March of 2005 as a midseason replacement, brought to TV by a then-unknown producer named Shonda Rhimes, and airing at 10:00 p.m. on Sunday nights after Desperate Housewives, nobody knew quite what to expect from yet another medical procedural entering the television landscape. But starting with the show's pilot, "A Hard Day's Night," which chronicled the interns' grueling first 48-hour shift, Grey's Anatomy earned rave reviews, high ratings, and eventually four Primetime Emmy Awards, including one for supporting actress Katherine Heigl. And the rest, as they say, is history.

In honor of the nearly 12 years Grey's Anatomy has been on the air, here are 12 reasons you should consider revisiting the entire series from the beginning.

1. The Look Has Changed

If you go back and watch the first episode right now, I guarantee you'll be shocked by how much the show's look has changed over the years. And I'm not just talking about the fashion and the hairstyles of the mid-aughts. The whole show had a much grittier, low-budget look back in its first season compared to the glossier, more professional aesthetic we're used to now.

2. The Characters Are Different, Too

George O'Malley! Izzie Stevens! Preston Burke! Rewatching the first couple of seasons is like falling through a wormhole back to high school and suddenly remembering all the names and faces of your old friends you had all but forgotten.

3. The Relationships Are Still Extremely Complicated

It may be hard to believe now that Meredith is a widow / single mother, but the cornerstone of the whole show used to be the swoon-worthy romance between her and Dr. McDreamy. The hookups, the elevator makeouts, the tears, the proposals… But there are other relationships that now seem like a distant memory, including Callie/George, Callie/Erica, and the now-infamous pairing known as "Gizzie."

4. Everyone Was An Intern

It's gratifying that our favorite characters have all managed to become the best in their respective fields, but there's something satisfying about going back to the days when they were interns just struggling to prove themselves. Introducing Meredith and co. as students made them more identifiable in the beginning and Seattle Grace the Hogwarts of this story. (I think that means that surgery equals quidditch and Webber equals Dumbledore.)

5. The Cases Were Insane

A young man who enjoyed swallowing doll heads. A woman experiencing spontaneous orgasms. A boy trapped in hardening cement. A cancer patient with toxic blood. Even a pregnant man! There's no limit to the amount of weird medical cases in the world — and back in the day, you never knew what strange case might pop up each week!

And of course, sometimes the cases were full-fledged disasters. Only so many bad things can happen to one hospital staff in a lifetime, so the large-scale disaster episodes have understandably decreased in volume. But you used to be able to count on at least one heart-pounding multi-episode disaster per season, whether it be a bomb in a body cavity, a ferry crash, or a shooter loose in the hospital.

7. The Voiceover Was Different

Nowadays, Meredith's thematic voiceovers are basically indistinguishable from one another. But the initial concept behind the monologues was that Meredith was actually delivering them to someone: namely, her Alzheimer's-ridden mother. That's right, the voiceovers were all just Meredith telling her mom about her day at work! (*mind blown*)

Remember when Bernadette Peters guest starred? No? How about Seth Green? Or Sarah Paulson? Kyle Chandler? Demi Lovato? Mandy Moore? It's fun rewatching old episodes and seeing a famous person pop up whom you forgot was ever on Grey's — or even actors you maybe didn't know at the time who have since gone on to star in some of your favorite shows and movies!

"McDreamy." "McSteamy. "McVet." Grey's Anatomy seriously needs to bring back some of the catchphrases that made it so quotable back in its early days. Seriously.

"Breathe (2 AM)" by Anna Nalick, which played in the episode with the bomb threat. "Chasing Cars" by Snow Patrol, which played as Izzie mourned the death of Denny Duquette. "Keep Breathing" by Ingrid Michaelson, which played as Meredith cut a sobbing Cristina out of her wedding dress. The hip soundtrack was one of the most popular aspects of Grey's Anatomy in its first few seasons, helping launch obscure artists to fame and creating instantly iconic TV moments.

Speaking of music, remember when Grey's Anatomy used to have a title sequence? Yeah, I almost didn't either. The simple black title card used to be an entire vignette scored to Psapp's "Cosy In The Rocket," as medical implements like scrubs and scalpels were juxtaposed against romantic accouterments like cocktail dresses and eyelash curlers, perfectly encapsulating the show's themes in less than 30 seconds.

These days, Grey's has a bit of a reputation for being perhaps a bit too trigger-happy with the deaths, as the patients and doctors alike have racked up quite the body count over the year. But many of those deaths did pack a punch, and I'd be lying if I said watching them against isn't somewhat thrilling. (I also enjoyed rewatching the Red Wedding on Game of Thrones, so I'm probably something of a masochist.)

You have almost exactly 11 weeks in which to watch 269 hours of television before Grey's Anatomy Season 13 premieres on Thursday, Sept. 22. That's only 3.5 episodes per day — and the average American watches five hours of TV per day, so that should be totally doable!