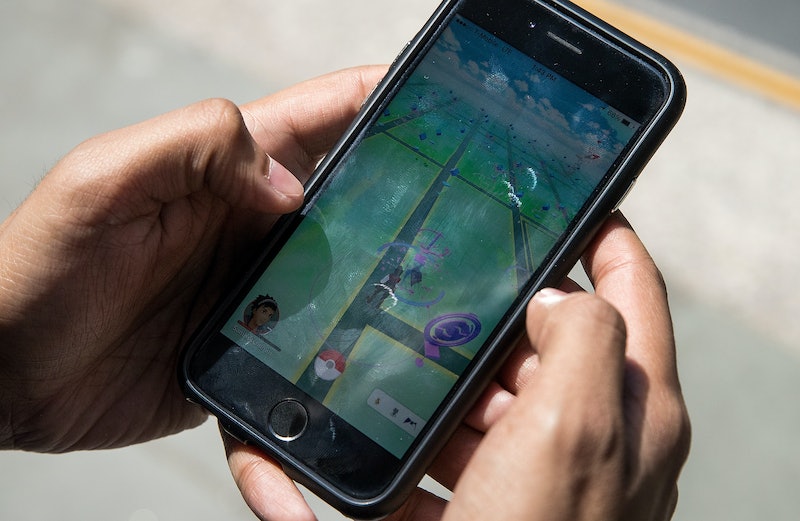 It was just a few days ago that I noticed Pokemon had completely saturated my Facebook newsfeed. "How sweet!" I thought. "People are collecting cards again?" Silly me. I failed to realize the high tech makeover the '90s favorite had received. Now, everyone's talking about how to catch the little pocket monsters, battling other Pokemon Trainers, and how to take over a gym in "Pokemon Go." This last one seems to be extra important in the world of this augmented reality game — because while capturing and fighting Pokemon is loads of fun, capturing a gym (and becoming its leader!) mean you're really special. "Pokemon Go" takes the childhood classic and (almost) answers the question we all had as youngsters: What if this was real?

For any newbies out there, here's a very, very condensed version of what "Pokemon Go" is: "Pokemon Go" is a free app you can download that tracks your location and lets you capture Pokemon in real time, in your actual surroundings. Pokemon "Trainers" (that's you) battle each other out to see whose Pokemon are the strongest. The more you catch, the stronger you are. You level up along the way, you can join a team, and you try to take control of the Pokemon gyms in your area.

Pokemon gyms are so crucial because these are the places where Trainers gather not just in the augmented world, but in real life. Players meet here to train their Pokemon and also battle for control of that gym. If you're searching for an actual gym, hold that thought — because Pokemon gyms are very often not really gyms. (They could be parks, libraries, malls, etc.)

So, how do you take over a gym in "Pokemon Go?" Here's what you've got to do.

Before you can get near a gym, you have to make it to Level 5. You do this by catching more Pokemon.

This is important, people. You have the option to choose from Team Mystic, Team Instinct, or Team Valor. It matters because based on the team you pick, you'll only be able to go to specific gyms. A good strategy for choosing a team is to consider other Trainers who will be around you and could possibly have your back. For example, consider joining a team with a nearby friend. Or, if your area is largely dominated by one team, you might think about joining them. (On the other hand, you may join another team and overthrow them. Mwahaha!)

3. Search For The Nearest Gym

After you've chosen a team, it's on like Donkey Kong. You'll know you've found a gym when you spot a pyramid with light shooting out of it. By this point, odds are that most (if not all) of the gyms in your area have already been claimed by a team; its allegiance is expressed by the color of the gym. If you're super lucky and stumble upon a free gym, it'll be gray. Also noteworthy: You'll notice that the gyms have platforms beneath them — these represent what level they're at. (More platforms means the gym is a higher level.)

It's important to look at these figures and stats — what's referred to as a gym's prestige. If the numbers are high, it's going to be more challenging to take over that gym. One with less prestige, however, leaves you with better chances.

There's a good chance you're going to end up challenging an already claimed gym for control. You'll pick six Pokemon to fight with you, annnnnd you're off. If your battle skillz are on point and you defeat all of their Pokemon, you'll destroy 2000 of their points. If they had less than 2000 to begin with, the gym should be yours.

Keep in mind that a lot of the traditional battling you might remember from the handheld games is gone in Pokemon GO. You don't select and choose from moves on your own. This stuff depends on the Pokemon's combat power — its own specific stats.

In a nutshell, those are the need-to-know facts. There's going to be a lot more that you see once you get your feet wet, but this should be enough to at least get you started. Now, go forth, young Trainer. Vanquish thy enemy.