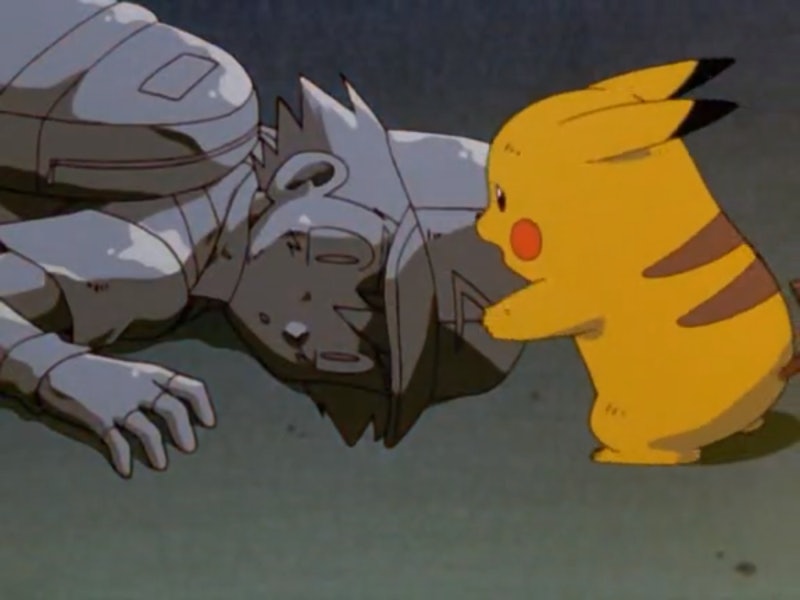 You've sacrificed everything for the sake of your Pokemon: your time, your phone's battery, the last shred of your sanity. So when Pokemon GO is down, you can't help but ask the wise Poké Gods: what have you done to deserve this fate? How are you ever going to catch them all if there is NOTHING TO BE CAUGHT? If you haven't yet suffered this fate (Gary), then you should know that occasionally Pokemon GO's servers are down — which is somewhat unsurprising given the rocket popularity of the app, but altogether horrifying considering just how dependent we are on it for survival. We may not leave the apartment for basic needs of sunlight and sustenance, but we will leave it to catch that Nidoran, dammit.

While I wish I could tell you the magic words to get back online, I unfortunately do not have that power. In fact, I haven't even leveled up enough to join a team yet, since I only got back from being overseas last night — so I have none power at all. But I do know that while there isn't a cure for the existential void of the Pokémon GO server being down, there are some surefire ways to cope and stop yourself from sliding into the dark Poké-less abyss.

As kids we were so fixated by how hilarious we thought it was that Ash's mom was so worried about his underwear that none of us quite acknowledged that it was ridonk bad parenting to shove a ten-year-old boy into the wilderness with a super-powered animal bent on making his life a miserable hell, but hey. It made good TV! Even if Ash, like, died a bajillion times. (No, seriously, guys ...)

Low Key Intimidate Other Teams For The Sake Of Healthy Sportsmanship

Look Up Tricks & Tips For Slaying The Game

Start a Reddit thread to share hints about stops in your local area, connect with other users online, or check out some of Bustle's Pokémon GO tips (especially if you're a newbie — which, let's be real, at this point most of us are).

In fact, we've rounded up some of the best reactions to Pokemon GO being down on Bustle just so we can all feel a little less alone in our #pain.

Before there was Kanye, there was you, yelling this at the top of your lungs with your siblings on road trips so obnoxiously that your parents 100 percent should have "forgotten" you at Denny's. Relive the majesty as a grown human — your '90s self deserves it.

LOLOLOL, just kidding. Hit refresh and repeat until you are deader than Ash is almost every episode of Pokémon to air in the '90s. We are belong to Pokemon GO now.

More like this
American Girl Doll Memes Are Going Viral On Instagram & Tiktok
By Emma Carey
Side Character Energy Has Arrived — Here’s What That Means
By Sophie McEvoy
What Is A “Softboy?” The TikTok Term & Aesthetic, Explained
By Courtney Young
Why Are TikTokers Slapping Each Other With Tortillas?
By Courtney Young
Get Even More From Bustle — Sign Up For The Newsletter