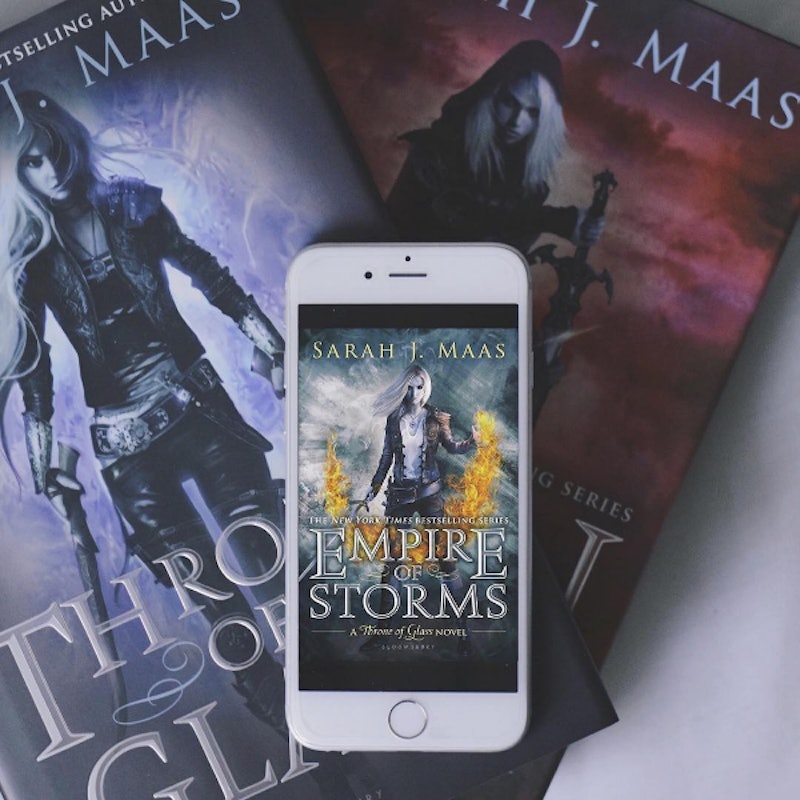 Maas' thick tomes are wildly popular, and have brought heaps of fame and fortune to the 30-year-old writer. In 2015, Maas announced that the Mark Gordon Company had plans for a Throne of Glass TV show. Tempo Productions optioned the film rights to A Court of Thorns and Roses later that year.

Maas will write two new books for Throne of Glass fans. In addition to the previously announced, but still untitled, sixth and final installment, fans have a series guide and a new novella to look forward to. According to Bloomsbury, The World of Throne of Glass is "the ultimate guide to the Throne of Glass series and the world of Erilea, including an illustrated compendium of characters, settings, magic, gods, politics, creatures, and vocabulary, plus a timeline of events." The novella will follow Chaol Westfall, the beloved captain of the guard from the Throne of Glass series.

Fans have long known that A Court of Thorns and Roses would be a trilogy, which makes Maas' promise of six — SIX! — new books all the more intriguing. The untitled third book is currently slated for a 2017 release, and a coloring book will hit store shelves the same year. Entertainment Weekly reports that "[t]he other five works will publish beginning in 2018."