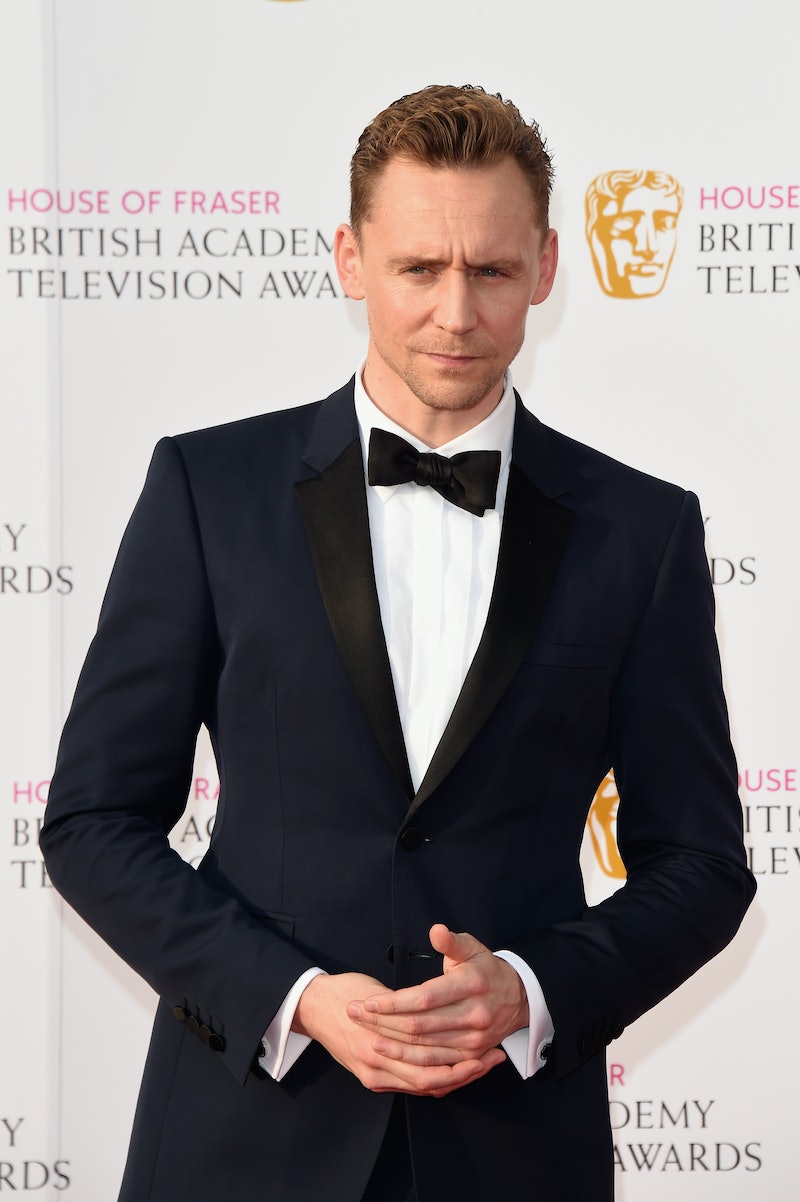 Many things in the world of celebrity seem to happen at light speed and, seemingly, without much logic, especially when it comes to love. This seems to be especially true of Taylor Swift and her whirlwind romance with Tom Hiddleston. Since photos of them embracing on a beach were released on June 14, Swift and Hiddleston have jam-packed major relationship milestones all into one month. They've been been jet-setting around the world and already meeting parents, so what could be left to do? Well, a ring might be it. Us Weekly reported that an insider claims Hiddleston is planning to propose to Swift, and based on their (brief) history so far, I can totally see this happening, as far-fetched as it might seem.

Hiddleston and Swift's relationship feels like it's moving along like a season of The Bachelorette, and hey, some of those couples actually do up getting engaged within a two-month span — and some of the relationships have even lasted. It's unlikely, I know, but I have heard of crazier things happening. The insider told Us, "He’s so romantic, classic and chivalrous, and he’s doing everything right... She would definitely say yes,”

After every headline that's released about this couple, I remind myself they do not live in a normal world, so the concept of "taking things slow" could have an entirely different meaning.

Swift obviously has a reputation to wearing her heart on her sleeve and being very open about her relationships, considering she's a songwriter and that's just what she does. But, since the beginning of her relationship with Hiddleston, he has been touted as being "the one" by sources. On June 21, just a few days after their first photos together, a source told E! News, "Taylor said she thinks he is the one, as odd and new as it sounds." But, I mean, this is Tom Hiddleston. He is certainly not like any guy she's dated, at least to me.

A few days later, E! News also reported that Hiddleston met Swift's parents and BFF Abigail Anderson in Nashville, before they jetted off to the U.K. to meet his parents. This all happened within three weeks of dating! After their jaunt in Suffolk, England, Hiddleswift took their romance to Italy and they shared adorable, lovey dovey moments in one of the most beautiful and romantic places on Earth. The thing about these two is that while they seem to be falling quickly in love, they have the means to actually go all out with every painfully romantic gesture they do, which, in turn, must kind of make you fall even more in love, right?

In the past Hiddleston has opened up about his ideas on romance, which seem to explain a lot about how he is wooing Swift. He said in an interview with Run-Riot in 2012,

"I think if you're going to be conventionally romantic you've got to go all the way: a beautiful dinner somewhere lovely, with boat-loads of flowers, chocolates and champagne. But it might also be nice to wrap up warm and sit on a roof somewhere, with a cup of hot soup and your girl, watch the planes come in over London and listen to the night."

As for Swift, in an interview with Cosmo in 2012, she opened up about her need to have instant chemistry, which could also be used to describe her relationship with Hiddleston thus far. She said,

"I need that unexplainable spark… I just need to see someone and feel, oh no, uh-oh. It’s only happened a few times in my life, but I feel like if I was gonna be with someone forever, it would be because I saw them and I thought, oh no."

Well, you try to tell me that they didn't have immediate chemistry when they were first spotted dancing together at the Met Ball in May. Their moves might have been a little awkward, but they were having a blast. I was the one saying "oh no," because I knew I lost my bid for Hiddleston's heart at that moment.

To be honest, I kind of just want to believe that two people, especially celebrities, could fall hopelessly and wildly in love and actually just want to get married because of that fact. Why is it so difficult to believe? I know we have been conditioned to be wary of these sort of whirlwind romances, but I think that these two might actually be a perfect match for each other, and so far, all signs are pointing to that ultimate commitment.

In fact, Hiddleston told GQ in 2013 about his (usually quiet) love life, "I understand the curiosity. One day I hope when there's really something to write home about, then I'll be able to talk." Well, he's been showing it all, so hopefully, talking about it will happen in just a matter of time.