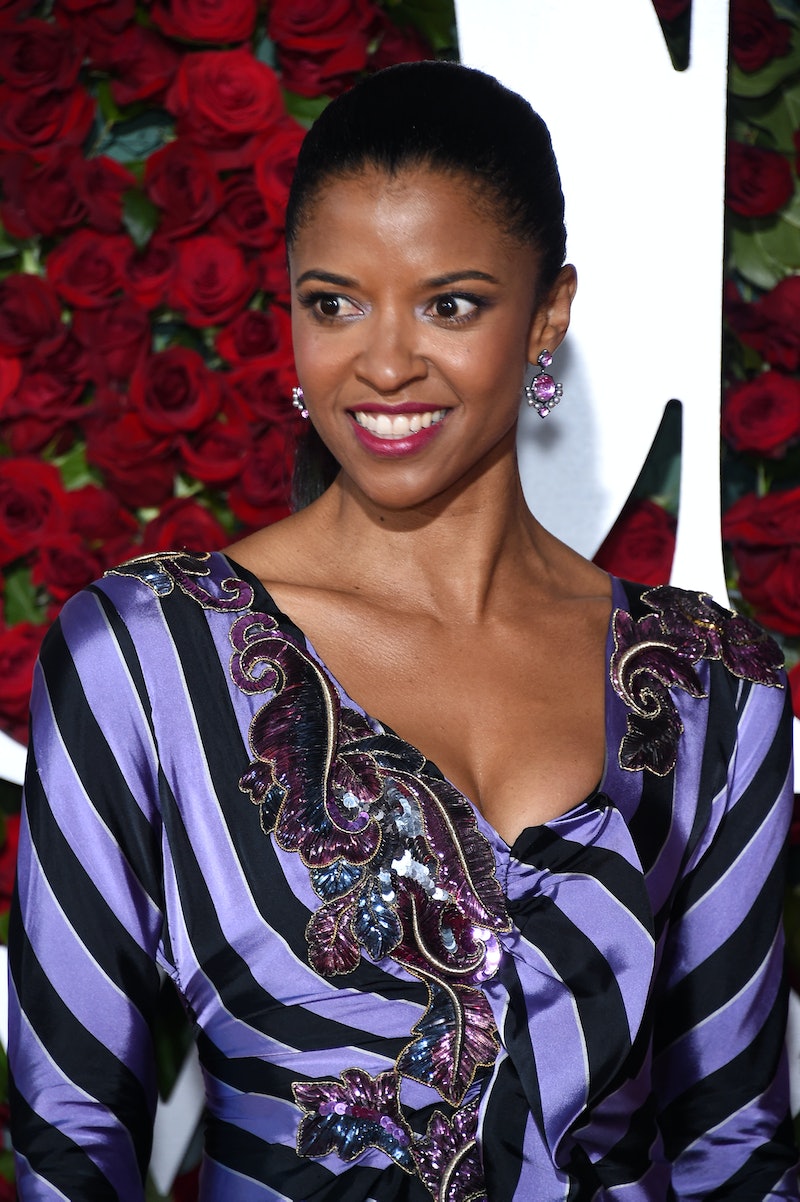 During a week which will eventually see several longtime Hamilton cast members leaving the show, it looks like we now have another name to add to the list — and it's a big one. The Hollywood Reporter revealed on Wednesday that the spectacularly talented Renée Elise Goldsberry will be leaving Hamilton in order to star in Altered Carbon, an upcoming Netflix sci-fi drama. Goldsberry won her first Tony award this year for her powerful portrayal of Angelica Schuyler in Hamilton and is a beloved member of the original cast. With writer and actor Lin Manuel-Miranda completing his final Hamilton performance on Saturday July 9, Daveed Diggs due to leave Friday, July 15, and Leslie Odom Jr. and Phillipa Soo planning to leave Hamilton in the near future for other projects, fans will no doubt be wondering when will Goldsberry be leaving Hamilton herself.

Though The Hollywood Reporter has announced that Goldsberry will be departing Hamilton in the fall, it isn't difficult to speculate that her final performance could possibly be coming a lot sooner than that judging from the speed with which Miranda and Diggs both left. Fall is also a pretty vague, broad set of time for Goldsberry's exit, and and as such, it's easy to understand that Hamilton audiences may be concerned over whether their particular tickets will be for a show which will still feature the Tony award-winning performer in it. Is there a possibility that Goldsberry may follow the lead of Miranda and Diggs by leaving the show this month rather than waiting till fall? It seems plausible — however, Goldsberry clearly adores her Hamilton role and if Altered Carbon only starts shooting in fall, then it could be the case that she'll be wanting to savor every final moment of her Hamilton experience whilst she can.

The news of so many original Hamilton cast members leaving so suddenly and at once is terribly bittersweet. On the one hand, it's sad for fans to say goodbye to the actors who had so wonderfully portrayed, and even defined those roles, — but on the other, it's also great to see those cast members being much sought after. We'll have to wait for an official, specific date for Goldsberry's final Hamilton performance, but one thing's for certain: when it finally happens, then it's sure to be an emotional, but exciting exit. I, for one, can't wait to see what other roles Goldsberry will bring to life over the coming few years.