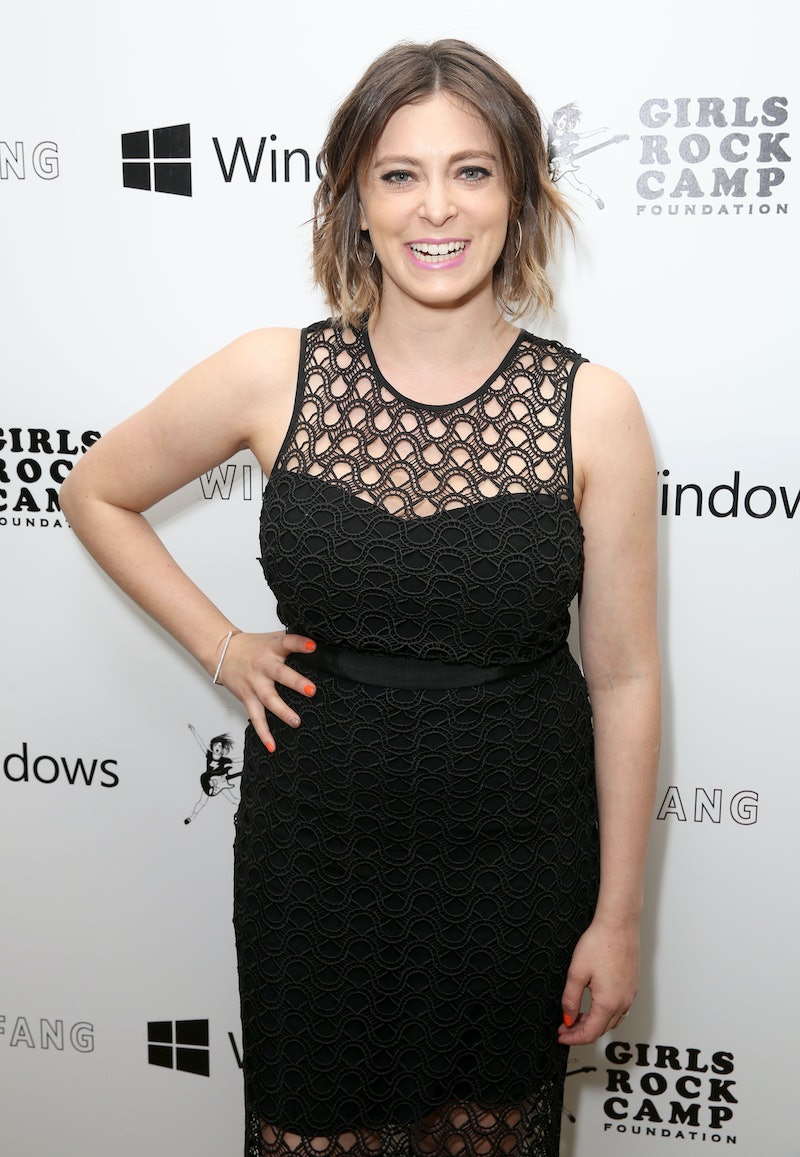 On Thursday morning, nominations were announced for the 2016 Emmy Awards. While it's the biggest night in TV, not all of people's favorite shows scored a coveted nom. In particular, there's one big disappointment: Rachel Bloom didn't score a nom for Crazy Ex-Girlfriend . Although the CW role earned her a Golden Globe, there wasn't any Emmys love in the Leading Actress in a Comedy Series category.

Considering there are plenty of other favorites in the Lead Actress in a Comedy Series category, it almost feels wrong to complain. Amy Schumer is up for Inside Amy Schumer, while Ellie Kemper got nominated for Unbreakable Kimmy Schmidt. The rest of the list is comprised of Julia Louis-Dreyfus, Veep; Laurie Metcalf, Getting On; Tracee Ellis Ross, Black-ish; and Lily Tomlin, Grace and Frankie . And although I'm happy to see those noms, it still feels like an oversight. Sure, there's a wide range of stars nominated, yet none quite bring the same talent to the table as Bloom. The show is a musical comedy, so unlike the rest, it showcases her singing abilities as well.

Perhaps this snub is all the more surprising because, as mentioned earlier, Bloom won the Golden Globe for Best Actress in a TV Comedy. Although people were surprised that she beat out the others, there was a lot of praise for the trophy being well-deserved. The show has become a cult classic. It really is unlike other series, which shatters the stereotype of exes being crazy — all while singing along the way. I'm not saying she necessarily deserved to beat the other nominees, but she at least belongs alongside them.

During her Golden Globes speech, Bloom conveyed an inspiring message about not giving up. She told the crowd,

We almost didn't have a show. We made a pilot for another network and they rejected it, and we sent the pilot to every other network in Hollywood and we got six rejections in one day and we felt like crap, but we knew it was good, and Mark Pedowitz from The CW picked it out and he is the one who saved us, and he is the reason that there is a musical comedy on network television right now. And I can't believe I am saying that.

That second to last sentence is most important — there's a musical comedy on network TV and that in itself is significant. So maybe she isn't nominated for an Emmy this year, but something tells me she won't give up just yet. Hopefully there's another inspiring speech in her future.