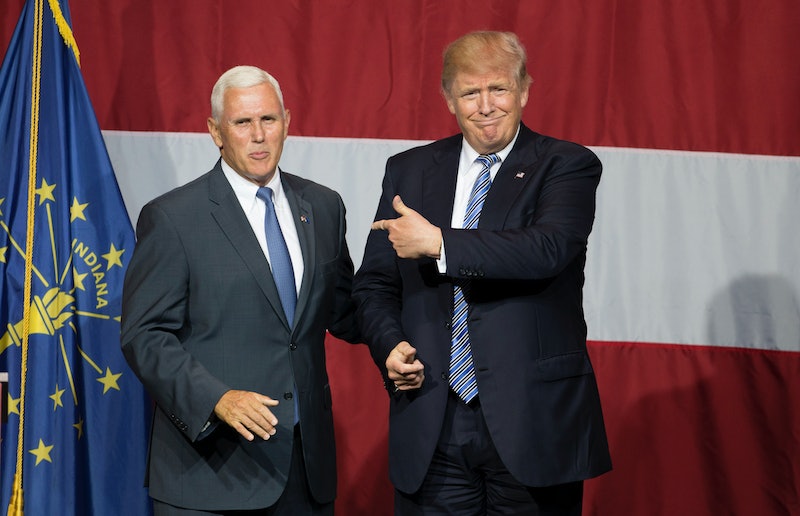 Earlier: According to reports from Reuters, Donald Trump's potential nominee for Vice President is Mike Pence, the current governor of Indiana. So how does Donald Trump know Mike Pence? The governor has been on the short list for Republican VP picks for a while now, and they have some important mutual connections.

Trump's campaign has not yet confirmed reports that he has settled on Pence as his vice presidential pick; senior communications advisor with the Trump campaign Jason Miller said on Twitter, “A decision has not been made by Mr. Trump. He will be making a decision in the future and will be announcing his Vice Presidential pick tomorrow at 11 am as planned." However, many have speculated in recent days that Pence would be on the ticket. And indeed, the governor makes a good deal of political sense as a nominee, potentially boosting Trump's appeal in the Midwest and with religious voters. However, the choice is somewhat surprising given that Trump and Pence don't have a personal history together, unlike other potential VP choices such as Chris Christie and Newt Gingrich.

Trump and Pence met for the first time no later than April of this year, when Trump reportedly asked Pence not to endorse one of Trump's then-challengers for the Republican nomination. Pence later backed Ted Cruz. Despite this, however, Trump and Pence reportedly get along well, and Pence officially endorsed Trump in May, once Trump became the presumptive nominee.

Since that meeting in April, Trump and Pence have met several more times, especially during the vetting process for a new vice president. Trump and Pence met for a round of golf earlier in July at the Trump National Golf Club in New Jersey; the weather apparently did not allow for a game, but the meeting was nonetheless described as "warm and productive."

The two met again this week, this time at Pence's home in Indiana in a meeting that included Trump's children. Also this week, they attended joint fundraiser together in Indiana for the Trump campaign, where they appeared to get along very well.

In addition, both men have worked closely with Republican strategist and pollster Kelleyanne Conway. Conway worked with Pence for years while he was still a congressman, and apparently has been enthusiastic about the prospect of putting Pence on the ticket for some time; according to CNN, she began pitching Pence as a potential VP to the Trump campaign after the withdrawl of Ted Cruz. Conway recently joined the upper tier of Trump's campaign after supporting Cruz during the primary.