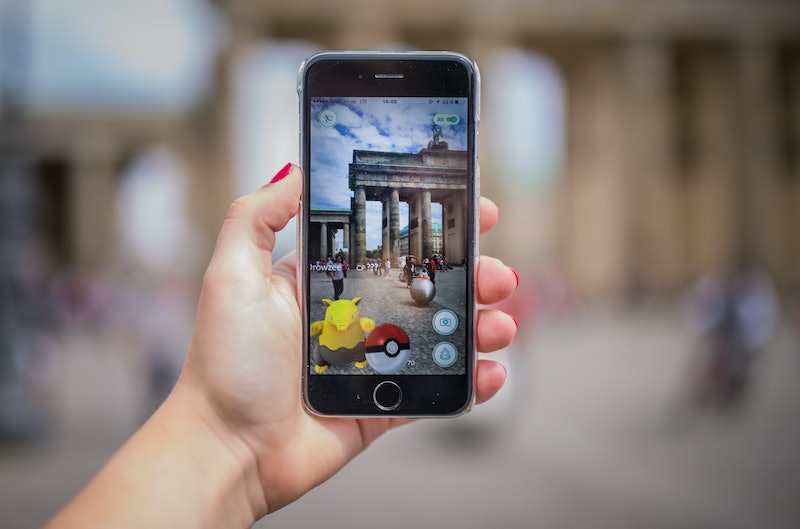 I’ll admit that when I first downloaded “Pokemon Go,” I didn’t expect it to be anything other than a fun little diversion. I certainly didn’t expect to be lauding it as an example of everyday feminism, but you know what? “Pokemon Go” is surprisingly feminist — and the fact that it is such an everyday example of it is exactly why it’s so important.

This isn’t to say that the game is without its failings. For example, although there are several different skin tone options for trainer avatars, some players have pointed out that they’re all disappointingly light; as others have observed, the game as a whole isn’t terribly accessible for people who are differently abled; and yes, some men are even using “Pokemon Go” as an excuse for street harassment, which sucks (although that one is definitely on the jerks who are choosing to harass people, not on the game itself).

But within the game world, equality is presented as simply the way things are, essentially making it a non-issue in the best way: Of course there are women in leadership roles, and of course you can choose to look however you want to look. Whyever wouldn’t that be the case? It shows that it’s not that difficult to imagine a world where equality is the status quo — and that it’s honestly kind of silly to claim that creating or maintaining such a world is insurmountably difficult.

It might seem inconsequential that a smartphone game about imaginary animals has this point of view — but I would argue that it’s actually because the game seems so inconsequential that it matters. Although, yes, the big picture issues will always be… well, the big picture issues, everyday representation makes a huge difference, too. Think of it as the flip side of a microaggression: Instead of casual racism, sexism, ableism, or what have you, it’s casual feminism and casual equality — the kinds of little, day-to-day things that add up in the long run.

And what they add up to is something pretty terrific.

1. You Choose A Trainer Style, Not A Gender

Yes, the choices still read as “male” and “female.” But filing the options under the heading of “style” rather than “gender” is a big deal; indeed, as Mic reports, many gender fluid players are praising the move because it doesn’t force anyone to misgender themselves.

It’s purely a cosmetic option — that is, there are no bonuses or handicaps associated with either choice.

And while we’re talking about it being cosmetic…

3. The Trainer Avatars Are Dressed Pretty Much The Same Way

There’s nothing inherently wrong with revealing avatar outfits; the problems only arise when A) women characters are overwhelmingly clad in very little, while men characters are given full body armor, and B) the only options available for women characters are revealing ones. This kind of design scheme assumes the player to be straight and male, effectively ignoring everyone who might be playing the game who doesn’t fit those parameters. However, “Pokemon Go’s” avatar outfits avoid this trap entirely: Both styles wear outfits of equal coverage, and one isn’t presented as sexier than the other. Heck and yes.

4. The Team Leaders Aren’t All Dudes…

And what’s more, dudes don’t make up the majority of the leaders, either — two of the three of them are women: Candela leads Team Valor, while Blanche leads Team Mystic. Spark heads up Team Instinct.

5. …And They Defy Gender Roles

Traditional gender roles would likely have positioned a man at the head of Team Valor, which is known for its focus on strength and fierceness in battle, and a woman at the head of Team Instinct, which puts the emphasis on, well, following your instincts. Instead, though, we’ve got the aforementioned Candela calling the shots for Team Valor, and Spark heading up Team Instinct. Furthermore, Blanche, the leader of Team Mystic, employs “calm analysis” in her strategy, when our culture so frequently tells us that women are overly emotional and not capable of analyzing a situation from a logical point of view. While it's true that these subversions may still be a little simplistic — after all, it's possible for someone both to be in touch with their emotions and capable of logical, rational thinking, not simply one or the other — it's a start.

6. The Game Isn’t Marketed Toward A Particular Gender

One of the Pokemon franchise’s strengths in general is that it’s not usually marketed along gendered lines; however, it’s hard to miss the fact that the main characters of the series are usually male (Ash), while the female characters are secondary or peripheral (Misty, e.g.). But with “Pokemon Go,” the main character is meant to be each individual player — and as such, it’s marketed as gender neutral. It even avoids the whole “meant for boys, but can kind of appeal to girls” or “meant for girls, but can kind of appeal to boys” thing that games, toys, and other recreational activities can sometimes be presented as; it’s just “for people.”

7. Pokestops And Gyms Aren’t Slanted Towards A Particular Gender

You’re just as likely to find a Pokestop or gym at a place we usually code as “male” as you are at a place we code as “female.” Furthermore, loads of them are located at completely gender neutral locations.

8. It’s Bringing People From All Walks Of Life Together In Some Awesome Ways

Although, yes, there are some truly awful people who are using “Pokemon Go” to do terrible things to other people, they’re in the minority. There’s a special bond you share with another person when you realize you’re both running around trying to catch a Gastly or an Eevee, no matter who you are or what your background is. And that? Is pretty great. “Pokemon Go”: Bringing people together since 2016. Now that’s something I can get behind.