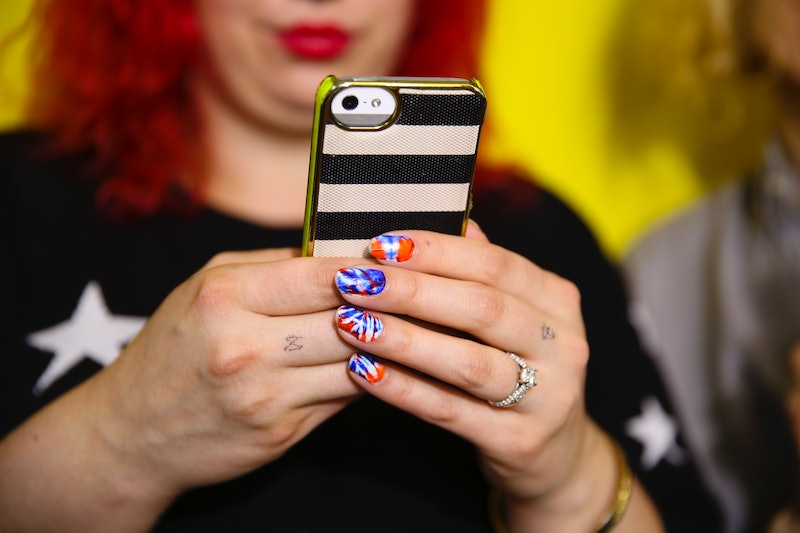 Young people in America, we have a problem: We still have a lot to learn about sex. But don't worry, because it’s definitely not our fault. Only 24 states and the District of Columbia require sex education and abstinence-only is still the norm for many of them. Abstinence-only sex education was finally cut from the national budget starting in 2017, but the damage of not teaching kids about sex has already been done. We’ve now seen multiple waves of young people becoming sexually active with very, very spotty information about even the basics — like when and how you can get pregnant. And even places that had relatively good sex ed still rarely — if ever — teach things like the importance of consent and pleasure in sexual encounters.

So what’s a Millennial interested in educating themselves about sex to do? I’d recommend turning to Tabú, a new app that’s out to reframe the discussion around sexual health and sex ed. Founded by two 24-year-old Stanford grads, Mia Davis and Elise Racine, Tabú is the opposite of every awkward health class you ever took. Instead of unfocused drawings of sperm squiggling toward eggs, Tabú is richly designed in bright colors, mobile-optimized, and here to answer all of your sex-related questions.

“Part of the reason we really wanted to create this app is that sex, sexuality, and gender all kind of get lumped in with other topics,” Davis tells Bustle. “Whether that’s periods or relationships, it all kind of gets lumped together and as a result there’s not enough information or time dedicated to it. But it is an area where people have a lot of questions and insecurities and it can make a really big difference in people’s lives.”

The app has four different sections: Home, Feed, Q&A, and Basics. The Home feed highlights specific things that they think the community might be interested in, as well as info about the app itself. The Feed feed consists of sex-related articles, ranging from “6 Sexual Partners You’ll Have In College: Pokémon Edition” to an interview with the “sexpert of the month,” Myisha Battle. (I personally want to click on every single article.) The Q&A is exactly what you’d think — questions and answers (from both the community and the app’s sexperts) about sex stuff — and the Basics feed offers up info about the kinds of things people might be interested in, like birth control and body image and orgasm.

“Sometimes sex is just really awkward!” Racine tells Bustle. “Everything about it can be awkward and if you’re not comfortable with the topic at all, it’s going to push you away from this very important human experience.”