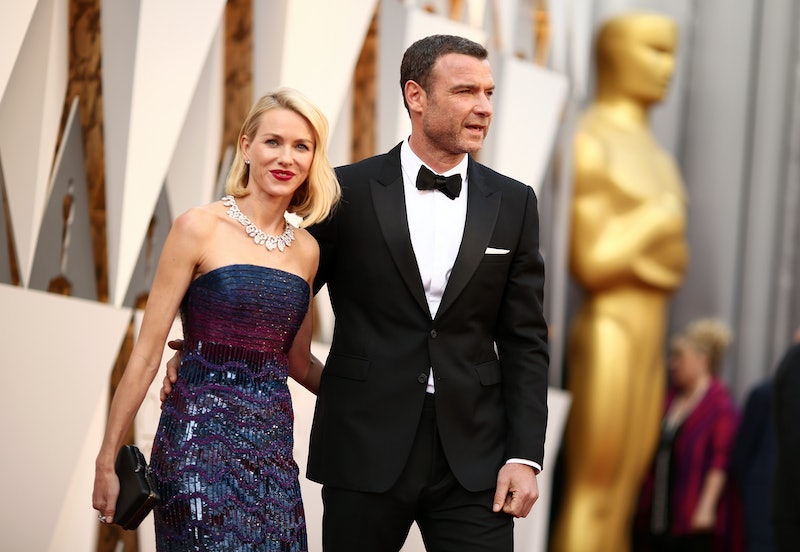 Having a long-lasting relationship in Hollywood is a rarity, to say the least, considering the demands of travel, intense schedules, and meeting brilliant and beautiful people almost everyday of your life. There seems to be two extremes in Hollywood relationships: the couples that have whirlwind romances and have surprise weddings, and then there are the celeb couples that stay together long-term and never get married at all. Recently, long-term (and never-married) couple Joshua Jackson and Diane Kruger announced their split after 10 years together, and many fans were devastated at the news. This got me thinking about the celeb couples that have never gotten married, even though they've been together for quite a long time.

A rare as it might be, long-term celeb couples in Hollywood do happen! Many of these relationships have captured the fascination of fans and made many people rethink the institution of marriage. Is it necessary in this day and age? Many don't think so. While certain iconic, never-married, long-term relationships have ended, like Tim Burton and Helen Bonham Carter and Susan Sarandon and Tim Robbins (sadface), there are still celebs staying together and breaking many societal expectations by not getting married — and they are as happy as ever, wedding certificate or not.

Iglesias and Kournikova have been dating since 2001, after she appeared in his video for "Escape." Now, 15 years later, the two remain unmarried and Iglesias has shared that they probably will get married. He told CBS Sunday Morning in 2014, "I'm not against marriage, not at all... But when you've been with someone for such a long time, I don't think it's going to make — bring us closer together. I don't think it's going to... make us any happier."

Jennifer Hudson only had eyes for David Otunga when he was a contestant on I Love New York 2 in 2007. After dating for only seven months, Otunga and Hudson got engaged in September 2008, and they've been engaged ever since! Hudson told Wendy Williams in 2014, "My thing is once I get married, I don’t believe in divorce, so when I get married, it’s for good. We want to be completely sure we are together, we’re happy."

Naomi Watts and Liev Schrieber met over a decade ago at the 2005 Met Gala, and Watts made sure he didn't leave without getting her number. When he was leaving the party early, she ran out and asked him if he wanted her "digits," and she told Esquire she had never said those words before and never said them again. But they laughed about it and they're still together and have two children, so something worked!

Comedian Ricky Gervais and his author girlfriend, Jane Fallon, have been together since 1982 and had mutually decided early on in their relationship that marriage and children were not in the cards for them. Fallon told Marie Claire in 2014, "I remember steeling myself, trying to imagine what I would do if he'd had a change of heart... I was so convinced of my decision that I couldn't even imagine the alternative. It turned out he had been having the same anxiety about me. Cue much relief and celebration."

Oprah and Stedman go together like peas and carrots. They've been together since 1986, and they both count not being married as the reason they're still together and happy. Oprah told Access Hollywood in 2013, "If you ever interviewed him, he would tell you that had we married, we would not be together today... Because he’s a traditional man and this is a very untraditional relationship.”

No list of long-term couples in Hollywood would be complete without lovebirds Goldie Hawn and Kurt Russell. Together since 1983, they've remained happily unmarried for over three decades, raising their children from previous relationships together, and that's enough for both for both of them. Hawn told Porter magazine in 2015, “A lasting relationship isn’t about marriage... It’s about compatibility and communication. And you both need to want it to work. If one person does not want it to work, it isn’t going to work."

Maya Rudolph and Paul Thomas Anderson began dating in 2001 and over the years have been mistaken for being married, but they have still not officially tied the knot. In 2013, the couple welcomed their fourth child, Minnie Ida, who joined daughters, Lucille and Pearl, and son, Jack.

Together since meeting on the set of The Place Beyond The Pines in 2011, Eva Mendes and Ryan Gosling already have two baby daughters together, Esmeralda and Amada, and it seems like Mendes doesn't see any need for marriage. She told Chelsea Handler in 2011, "I'm not like anti-marriage or the institution, like for other people... And I love the idea of a union — that's all very beautiful. But I think, you know, it's a very old fashioned, archaic kind of thing. We did it for land originally. How unromantic is that?"

Now, I will admit that I had absolutely not clue that John Corbett and Bo Derek were together! But it turns out that these two have been a couple for 14 years and were set up by their mutual manager friend. While promoting My Big Fat Greek Wedding 2, Corbett confirmed to Showbiz 411 that he hasn't changed his mind about not wanting to marry or have children and, hey, it works for them.

It doesn't matter that these couples aren't married, I have high hopes for them and feel confident they won't join anything like the summer of celeb breakups.