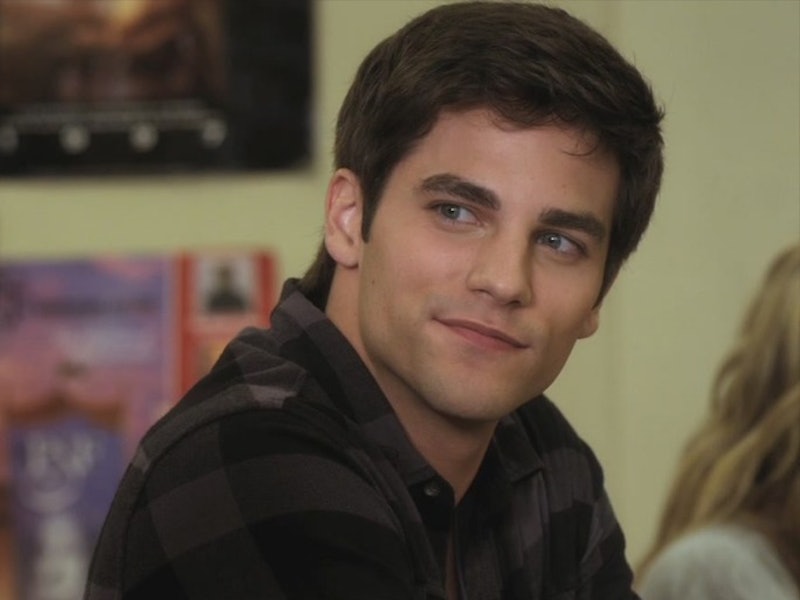 It's been a long time coming, but Noel Kahn has officially returned to Pretty Little Liars and it's already clear that he's up to his old tricks... or perhaps even a few new ones. Though his debut only lasted a few moments at the end of Tuesday night's episode, the fact that he just so happened to run into Jenna Marshall and Sara Harvey feels very telling and could very well indicate that Noel is Uber A on Pretty Little Liars . After all, any return to Rosewood usually comes with a specific purpose.

So far, we know that Jenna has been secretly working with Rollins/Archer Dunhill for reasons we have yet to discover. But that doesn't mean they weren't also working with someone else... someone like Noel perhaps. I honestly don't know why Noel would care too much about Charlotte's death, let alone team up with two other people in order to figure out who killed her. But if there's one thing we've come to learn about Charlotte it's that she lived a life full of surprises. I mean, we had no idea that she had people in her life like Mary Drake or Rollins until very recently, so who knows what other close relationships may have cropped up throughout these last five years.

I'm not saying that Noel is necessarily the A.D. that's been tormenting the Liars. For all we know, that really was Archer Dunhill. But Emily texted an unknown number from Rollins' burner phone telling that person to meet them at their usual spot, presumably the burner apartment. But considering the fact that Toby showed up and ruined the trap, we never got to see who was on the other end of that text message. But what if it was Noel? It can't be a coincidence that they sent that text on the very same day that he comes back into town. He's connected to this whole A.D. storyline in a big way, I'm sure of it. And whatever his motives are, odds are it'll mean bad news for the Liars.