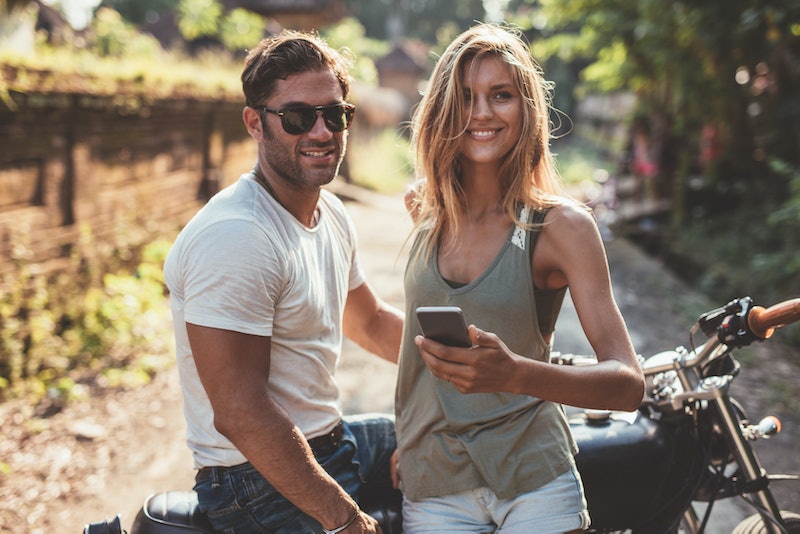 With members in 190 countries and more than 400,000 users signing up every day, dating network Badoo has dug deep and compiled data from their 300+ million users to get some insight into global dating and sex trends. Badoo analyzed data from 31 countries, anonymously of course, and came up with some interesting results. For example, did you know the largest percentage of singles in the world live in the United Arab Emirates? You didn't?! Well, now you do and you can drop that interesting fact at the next social event you attend or, if you're looking for adventure and love, pack your bags and jump the next plane to Dubai.

Although the findings were the result of conducting research of users of all sexual preferences, some topics were specific to heterosexual relationships. For example, who's more likely to make the first move online: Men or women? Although Badoo was quick to note that, overall, men are still more likely to make the first move, many women are over waiting around for guys to do it. Not only are many guys more than cool with women making the first move, 2015 data from OkCupid found that women who reach out to men have higher response rates and more desirable men.

Since that's the case, here are the top five countries where the ladies are stepping up to the plate:

Coming in at #5 on the top five countries where women are most likely to make the first move is Thailand. I realize that sometimes we think of parts of Asia as sticking to traditional gender roles (I definitely saw that when I was in Cambodia), but being that it is 2016, that shit is being thrown out the window. According to Badoo’s findings, 19 percent of their female Thai users are likely to make the first move online.

In the Czech Republic, a country that’s home to one of the most progressive cities in Eastern Europe, Prague, 21 percent of women are all for making the first move online. I mean, you can’t wait around for weeks for some guy to get the nerve to finally ask you out for a beer — and there are many beers to be consumed in the Czech Republic.

In third place for women who like to take the bull by the horns and go for it, is Canada, with 25 percent of Badoo’s female users making the first move here. So Canadians aren’t just nice and have the coolest Prime Minister in the world, Justin Trudeau, but they’re not afraid to go after what they want? Let’s all move to Canada; sounds like a damn utopia to me.

With 30 percent of women in the Dominican Republic willing to make the first move online, according to Badoo’s findings, I’d say that's some pretty exciting news. Especially for guys who nervously stare at their phone trying to summon the courage to initiate conversation.

Well, well, well. With 36 percent of women from the States willing to make the first move online, I can’t say I’m surprised. As a woman from the States who’s travels quite a bit, what I always hear from guys in other countries is that what they love about U.S. women is that we know what we want and we don’t play games. And it’s true; we really don’t waste our time with games. So, let’s pat ourselves on the back for making the first move both online and in the real world — because I know we're great at the latter, too.