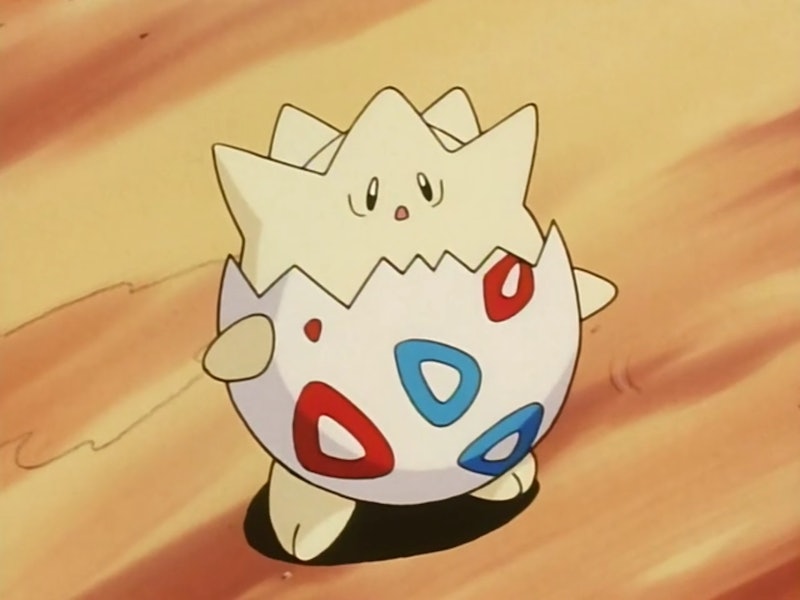 In case you have forgotten, one of the best Pokémon ever created is called Togepi — the cute egg-shaped little creature that Misty was attached to throughout the Pokémon series we grew up watching. Ever since its launch a few weeks ago, people have no doubt been wondering: Can you catch Togepi in Pokémon Go? The answer is a little complicated, but it looks like we will have to wait to see that creature in our Pokédex.

According to a Wired article, a a Reddit user called _isitin_ has looked into the game code and discovered some interesting facts. First and foremost, he saw that the game has mentions of only the first 151 Pokémon. If you were hoping to catch a Mew or the even more elusive MewTwo, you are out of luck for now. Those Pokémon did not come with a base capture rate, which leads me to believe we will not be able to catch those two until an updated version of the game arrives. Same goes for the wonderfully whimsical Togepi. If you recall, Togepi is not one of the original 150 in the Pokérap; according to the numbering of the Pokémon in the original Pokédex, it is number 175 (womp). So, it looks like, cute as it would be, Togepi is can't be caught for now.

But do not fret! With the game's popularity it's probably only a matter of time before those Pokémon are added to Pokémon Go for our enjoyment. After all, some users have already reached level 30 in the game, and it's only been out for a couple of weeks!

Hopefully, in the future, we will see little Togepi and some of the other cool Pokémon we have come to love. Here's hoping the updated version of the game comes out soon, and we can adorable battle with Togepi's Metronome attack. Until then, you can watch the brilliant trailer released by the official Pokémon YouTube channel and imagine what it will be like.

Also, until I get to capture one with a Pokéball on the street, I will keep watching this compilation video that includes every time Togepi used Metronome in the show.

Every time it happened, I couldn't believe my eyes. This little guy was able to create some of the biggest explosions ever! Togepi was a clutch player who saved Ash and Co's butts a lot of the time. I guess it's true what they say — don't judge a tiny egg-shaped book by its shell. Instead, cross your fingers that Pokémon Go lets you battle with one soon!

More like this
What Is A “Softboy?” The TikTok Term & Aesthetic, Explained
By Courtney Young
Why Are TikTokers Slapping Each Other With Tortillas?
By Courtney Young
How To Change Your Instagram Bio
By Emma Carey
Coastal Granddaughter Is The Latest Summer Aesthetic Going Viral
By Emma Garza
Get Even More From Bustle — Sign Up For The Newsletter