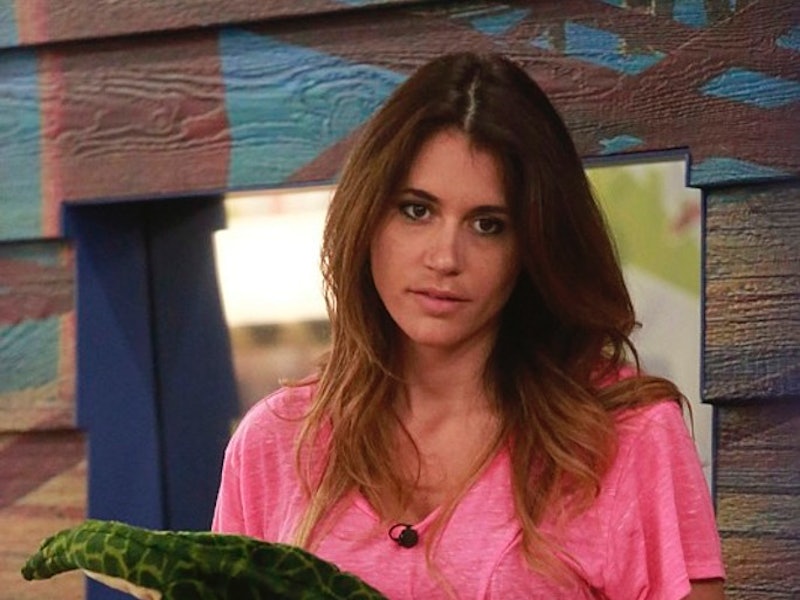 After what was an incredibly tumultuous run on Big Brother 18 , Tiffany Rousso is back out in the real world. From some seriously emotional meltdowns in the Big Brother house to secret alliances and a seriously intense Battle Back competition, Tiffany fought her hardest to stay on top in this crazy game. Tiffany was not without her epic moments on the show, though. Do you remember when she called Frank and Bridgette out in the insane eviction ceremony? Now that was brilliant television if ever I saw it. But, like all great Big Brother stories, Tiffany's had to come to an end sometime. That officially happened yesterday when she logged back onto her Twitter account. Logging back on to social media is probably the one way to spot whether or not a Big Brother house guest is officially gone for good. While it's fun for us viewers to reconnect with our favorite house guests, I'm sure it's a bittersweet moment for the evicted house guests themselves. So, what has Tiffany been up to since she's rejoined us back in the real world?

Tiffany was welcomed back with open arms by tons of her fans, many who were voicing my own feelings: that Tiffany had been evicted too soon.

I'm totally ready to see Tiffany continue to voice her opinions about the latest Big Brother drama. She has been such a truthful and exciting player to watch. There's no doubt in my mind that her lively attitude will continue to shine through on her social media.