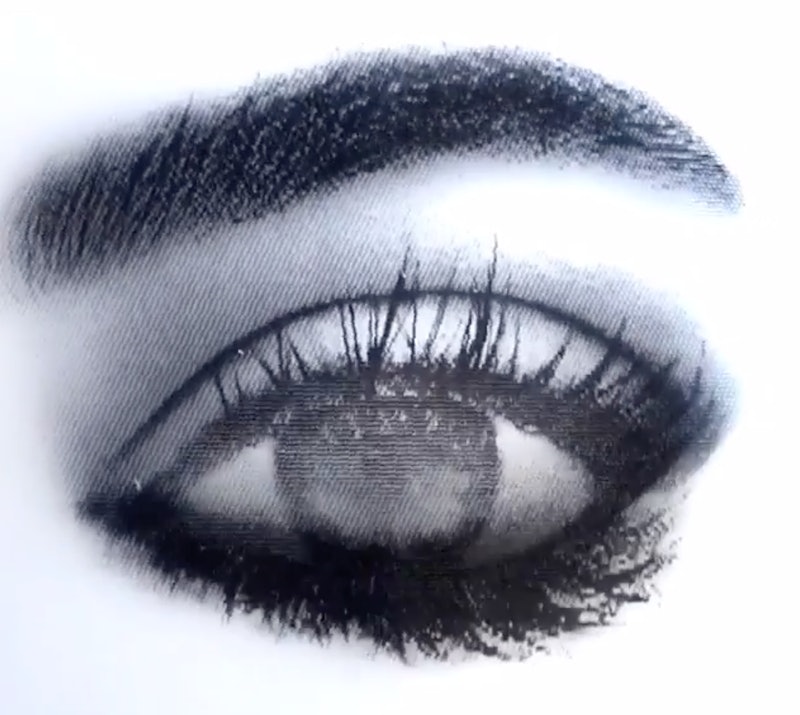 After months of speculation and hints about expanding Kylie Cosmetics beyond matte Kylie Lip Kits and majorly shiny Kylie Glosses, Kylie eye makeup is actually happening. Kylie Jenner teased a new addition to her product line, which up until now, consisted solely of much-coveted lip products. Jenner posted an image of a single eye with well-manicured brow, thick, curled, and voluminous lashes, and smudged liner along the upper lashline and lid. It's been a "summer of surprises" for Kylie Cosmetics, with the blue Fourth of July shades, the four Lip Kit shades turned into glosses, and three brand new Lip Kit colors in the form of Ginger, Kristen, and Maliboo. Now, she has entered the eye makeup arena. What, exactly, does Kylie Cosmetics eye makeup include? An amazing, versatile Kyshadow eyeshadow palette.

The shadows include bronzes, browns, and burnt oranges for a perfect Kylie-inspired eye look.

Her initial teaser Insta post was black, white, and gray. It looked like an artsy pencil sketch. The makeup mogul eventually confirmed all details via the Kylie Jenner site and app, which are accessible via paid subscriptions. I watched the Kyshadow tutorial, as her makeup artist Ariel Tejada applied every shade while creating a smoky, almond eye.

Observe the first tease, which had makeup fans losing their collective minds.

While I love the KLKs and the Kylie Glosses, Jenner has really focused on that product category with so many unique and lovely shades and textures.

While I surely hope she creates even more colors for lips, it was totally time for her to tackle a new facial feature.

Jenner's eyes and her lips have long been her signatures. Jenner confirmed in her website tutorial that for the past five or six months, she has been wearing her The Bronze Kyshadow Palette in every Snapchat video and Instagram photo. Wow!

Jenner also said it was important that the Bronze Palette be released first — that sounds like even more eyeshadow palettes and shade stories are on the way. Jenner admitted that she is super specific about brown eyeshadows, while Tejada described the shadows in the palette as buildable and blendable, with minimal fallout. Amen to that.

The summer of 2016 has been the summer of surprises and amazing new products from Kylie Jenner. The Bronze Kyshadow Palette looks like it will pair well with the new Lip Kit shades, too.