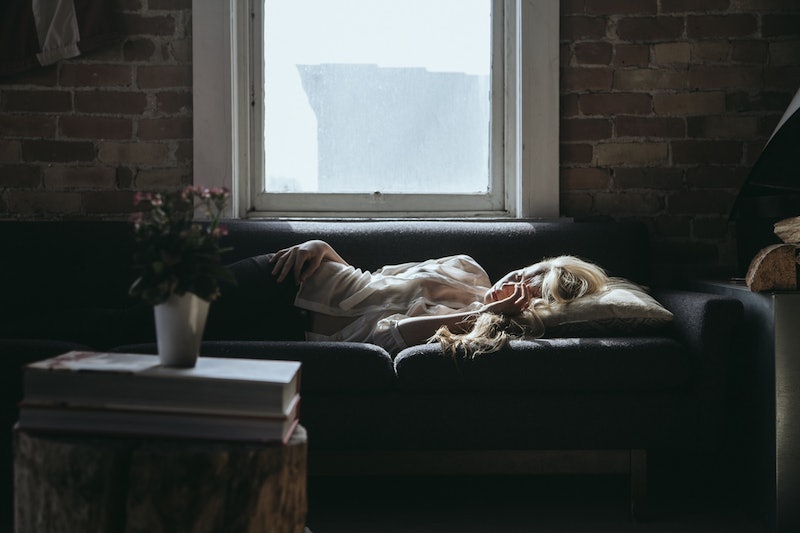 In recent years, health has been placed front and center in our culture in many important ways. Nearly everyone I know is an activist for at least one particular illness or health-related cause — they fundraise, donate, and participate in events that raise money for research and medical care for those who can't afford it. But even with this increased awareness, illnesses like Alzheimer's receive very little federal funding compared to other equally serious diseases. And there are a number of serious health issues that don't get enough visibility in the public eye — in fact, some of the deadliest illnesses (such as chronic obstructive pulmonary disease) are ones that many of us haven't even heard of.

Some illnesses don't receive enough attention because there's a stigma attached to them, which prevents people from seeking help. Others are difficult to notice in ourselves, so they go undetected for years while they cause long-term damage to the body. The bottom line is that we all need to take our health seriously — very often, many of us feel ill for weeks but we put off going to the doctor because we figure it's no big deal and it'll pass. Although that certainly happens (who hasn't experienced a seemingly never-ending cold?), some symptoms shouldn't be ignored because they could be a sign of a serious illness that we may not have even heard of.

Although most of these illnesses will sound familiar, they don't get enough visibility — and it's time to start raising awareness.

Approximately one in 26 Americans will develop epilepsy at some point during their lives, and in the majority of patients, the exact cause is unknown. It's the fourth most common neurological illness, right behind migraine, stroke, and Alzheimer’s disease. Around 50,000 people die each year in America due to epilepsy, but patients receive fewer federal dollars than individuals with other illnesses that are equally, if not less, common.

In many countries, individuals with epilepsy and their families experience stigma and discrimination. Although living with epilepsy in America certainly does not compare to the stigma that people in some other countries face, it is often a somewhat taboo topic. When I was diagnosed with epilepsy at the age of seven, my doctor advised my mom to not tell my friends' families or her friends, because they would probably judge me. Her response was that, if they did, they weren't the type of people we wanted in our lives.

Luckily, everyone in my life was amazing about it and I only had to live with epilepsy for a year. Others are not as fortunate — for many, epilepsy is a chronic illness and it can be extremely debilitating. Although anti-seizure medication is the most common way to control the illness, the side effects can be extreme amongst those who require a high dose — exhaustion, memory problems, and the "clarity and speed of thinking" are the most debilitating. In fact, many individuals report that the side effects are “worse than the seizures" because they experience these side effects everyday and it limits their ability to fully engage in life.

There's already a stigma around mental illness and it's slowly but surely being broken down as more and more people (including celebrities) open up about their struggles. But there hasn't been much talk about mental illness in children — and that's a huge problem, because one in 10 children and adolescents have a severe mental illness, and another 10 percent suffer from a "mild to moderate" form of mental illness. Fifty percent of mental disorders are established by age 14, but they often go unrecognized, untreated, or both — less than half of children with mental illness are receiving any treatment, and just one in five get care from a mental health professional who's trained to work with children.

Part of the problem is that parents and authority figures often have a hard time identifying if a child has a mental illness. The symptoms in children are frequently different than the ones we see in adults — for example, children with depression may display irritability, while depressed adults tend to exhibit their illness by expressing sadness.

Sometimes mood swings or a change in behavior is just a natural part of growing up, but half of individuals with a lifelong mental disorder developed the illness by the age of 14. And getting treatment as early as possible is incredibly important for everyone with a mental illness, regardless of their age.

Out of all the underfunded deadly illnesses in the United States, COPD takes the unfortunate top spot. This chronic, progressive lung disease caused 145,575 deaths in 2013 — and while 11 million Americans have been diagnosed with COPD, an additional 24 million people may have the illness and not know it. The main symptoms of COPD are wheezing, coughing, chest tightness, and trouble breathing, and it can be caused by smoking and exposure to lung irritants such as chemical fumes, air pollution, and dust. Despite the fact that it's both common and deadly, many people haven't heard of COPD — which means they won't recognize the symptoms and seek medical treatment, allowing the illness to progress.

As COPD progresses, it can cause disabilities — in severe cases, people may become unable to perform simple activities such as walking and cooking. Although there's no cure, medication and lifestyle changes can help ease the symptoms and slow down the progression of the disease — a number of medications are used to treat COPD, and doctors work with patients to establish specific diet and exercise plans. It's the third leading cause of death in America, so raising awareness and increasing funding for COPD is a must.

Hypertension — more commonly referred to as "high blood pressure" — is also one of America's most underfunded deadly illnesses, and it can be treated. However, it's possible to have hypertension for years and not realize it because not everyone exhibits symptoms — meaning that the disease has free reign to damage the blood vessels and the heart. When chronic high blood pressure goes untreated, it can result in a deadly stroke, aneurysm, or heart attack. In 2013, 37,144 people died as a result of hypertension.

There are two types of hypertension — primary hypertension and secondary hypertension. Primary doesn't have an identifiable cause and it progresses gradually over the course of many years. Secondary hypertension is linked to other conditions, such as kidney and thyroid problems, and medications or illegal drugs like cocaine and amphetamines. Other factors at play include a family history of high blood pressure, dietary choices, and high levels of stress.

For many people with the disease, a combination of lifestyle changes and medication can be hugely beneficial. Adjusting diet and exercise regimens and limiting alcohol consumption can go a long way, but it's not enough for everyone with the condition. There are a number of medications used to treat hypertension, but it can take a little while to find the right fit and it's extremely important to take them under the close supervision of a doctor.

Although hypertension is very common, it often goes undiagnosed for years and isn't necessarily viewed as an extremely dangerous condition. But, as the tragic number of deaths per year illustrates, it can be deadly if it's allowed to progress and we should be vigilant about getting our blood pressure checked. Doctors almost always check your blood pressure during a routine physical exam, which is a good precaution — but it's helpful to request that they check your blood pressure in both arms and make sure the arm cuff used is appropriately sized.

More like this
An Honest Review Of The TikTok-Famous WalkingPad
By Kaitlyn Wylde
How To Protect Your Digital Privacy If You Need An Abortion Post Roe v. Wade
By Kaitlyn Wylde
Halsey Calls Out Body-Shaming Comments On TikTok Amid Health Issues
By Jake Viswanath
5 Crystals To Lower Your Anxiety
By Megan McCarty
Get Even More From Bustle — Sign Up For The Newsletter