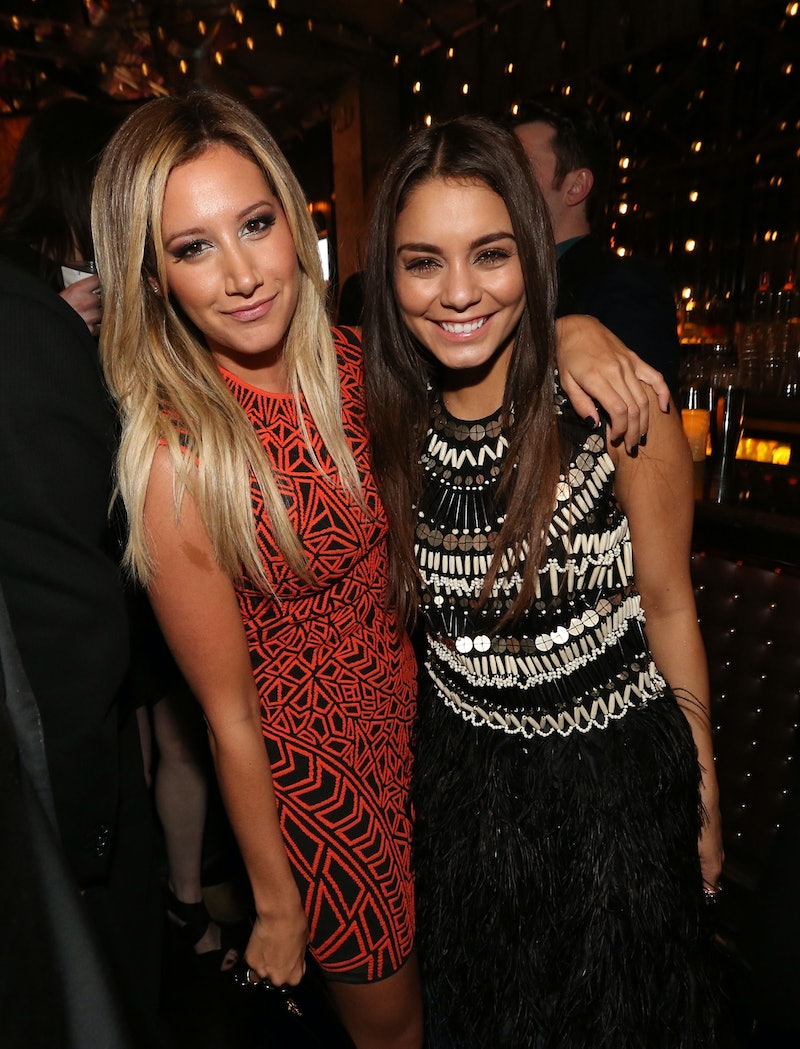 If you've ever been semi-embarrassed of your devotion to the Wildcats, there's no better time to be a High School Musical fan and embrace it. Over the weekend, Corbin Bleu tied the knot with his longtime girlfriend. Then on Sunday, Vanessa Hudgens and Ashley Tisdale reunited with the help of Beyoncé — well, sort of. In a video that Hudgens posted on Snapchat, she and Tisdale lip-sync along to all the best tracks from Lemonade . Nothing warms my heart more than the fact that these Disney Channel alums actually stayed close IRL. While it would've been the dream for Hudgens to wind up with Zac Efron (á la Gabriella and Troy), I'll settle for lifelong friendships.

Making the video even better, the two stars test out all the most ridiculous filters. At one point, they turn into hot dogs, only to later transform into real dogs. Oh, the magic of Snapchat! Hudgens captioned her Instagram video compilation, "When you and your best friend are performers and love snapchat @ashleytisdale." It's true — these two are total hams for the camera and their star studded background helped make the video all the more entertaining.

All of this helps spark an excellent idea: The whole High School Musical cast should get together for yet another movie. It could be about the same crew post-college, auditioning for a Beyoncé themed musical. As the video below proves, that music really is their speciality. It'd be the perfect mashup of Disney and Bey. Maybe Blue Ivy could even make a cameo — as Lemonade showed, she's no stranger to the camera. Genius, right? Someone should start writing up a script for this idea ASAP.

Probably the best part of Hudgens and Tisdale's video is that it highlights how none of us are alone in the Beyhive. Even celebrities are just as likely to lose it when her music comes on the radio. When it comes to fangirling over Queen Bey, it looks like we're all in this together — and yes, that was an intentional HSM reference. I just couldn't resist.