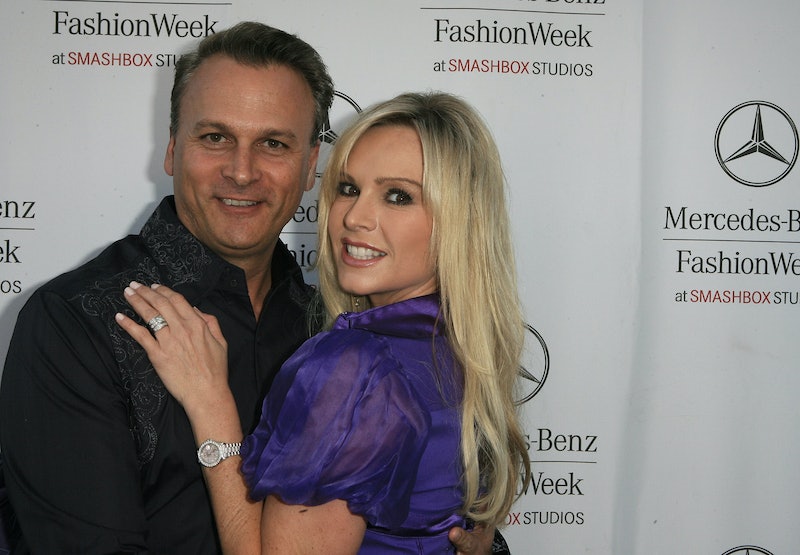 Normally, Tamra Judge is an open book when it comes to sharing her life on Real Housewives of Orange County, but her issues with her ex husband Simon Barney are surprisingly not a major part of the show — especially since the drama between the two exes is very explosive, to say the least. Since things are so heated between the two of them, I have to guess that Tamra doesn't talk about Simon because she is legally prevented from doing so or because she doesn't want to upset her estranged daughter Sidney Barney. But all of this time away from the spotlight makes me wonder what Simon Barney has been up to these days.

Even with all of the public issues between Simon and Tamra, Simon has stayed out of the spotlight for the most part and has been focusing on his children. Not a bad way to handle things. Simon got sole custody of his oldest daughter Sidney, and he has part time custody of his other children Sophia and Spencer. Even though Simon rarely uses his Twitter account, it is clear that he is super devoted to being around and supporting his children. Take a look:

Simon has also moved on from Tamra and is engaged to Catushia Ienni, who has ended up becoming a part of the Simon and Tamra drama. Catushia and Tamra had it out through the media over writing notes to each other about Sophia's homework. But anyway, Simon seems to be over the moon with his fiance, even if she isn't on good terms with Tamra.

I'm also not too shocked to hear that Simon has stayed in touch with original OC Housewife Jeana Keough, since they both openly dislike Tamra. Viewers of the show remember Tamra freaking out that Jeana made a concerted effort to be close to Simon.

It seems like Simon is really doing well in his post-Tamra life. Now, I'm just wonder if he watches Real Housewives of Orange County...