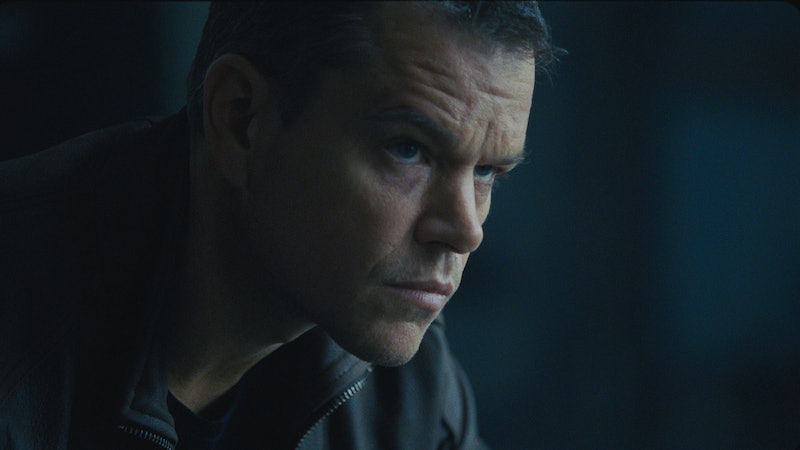 Jason Bourne is arguably one of the most famed cinematic badasses of the 21st century— so much so that the tagline of the new movie Jason Bourne, in theaters July 29, is "You know his name." Bourne was first introduced in 2002's The Bourne Identity as a CIA assassin who had forgotten his own identity, and his subsequent adventures have defined Bourne as a deadly but ethical agent with a haunted past and hauntingly beautiful eyes (sorry, I had to). In some ways, the character of Bourne feels like a familiar action thriller archetype, but there is also something about him that seems uniquely realistic. Could Jason Bourne be real? Hey, it's not that crazy a possibility.

If you already know that the Bourne movies were based on novels, you might scoff at the suggestion that Jason could be anything more than a fictional character. But hear me out: there are reasons to believe that the character in both the books and movies could be based on an actual guy. After all, the CIA is in fact a real organization, and it produces highly-trained operatives under very secretive circumstances. Also, the type of memory loss that the character suffers is a real phenomenon. If you're unconvinced, here are some pieces of evidence that suggest Jason Bourne is not a purely fictional character.

There Have Been Real Cases of Dissociative Fugue

Jason is afflicted by a type of amnesia in which he has no memory of his identity or personal history. This is actually a real— albeit rare—disorder called dissociative fugue. Interestingly, ABC News notes that one of the first known cases of dissociative fugue in the 19th century was that of a man named Ansel Bourne.

The Author Pulled From His Own Experiences

Robert Ludlum, the writer behind the Bourne series, revealed in a 1986 interview that he himself had suffered a bout of temporary amnesia. This experience in part inspired Jason's backstory.

There Is A Documentary About It

If you still don't believe me, don't take my word for it: The Smithsonian Channel made an entire episode of The Real Story about how aspects of The Bourne Identity were influenced by real-life people, places and things. Bam.

Matt Damon met an actual "Jason Bourne" at an interview. Bourne, who is not a journalist, was asked by the Australian media outlet news.com.au to interview the actor specifically because of his name.

As you can see, although Jason himself was not a real CIA operative (to our knowledge), his story pulls from real-life inspiration. And Damon's talent at portraying the character is as real as it gets.