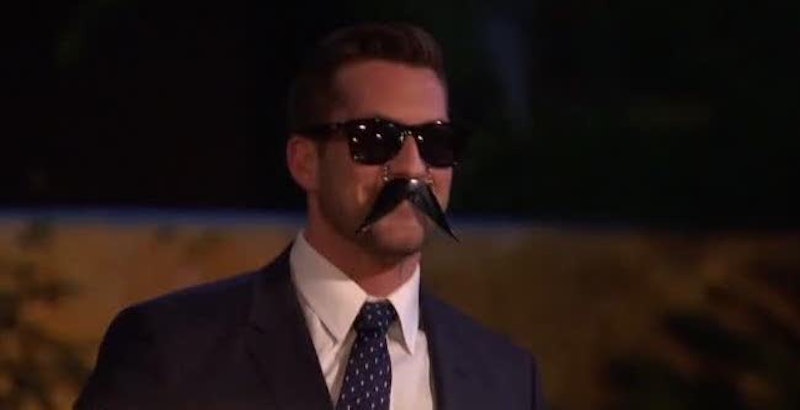 While Chase McNary was eliminated from Monday night's Bachelorette, he seems like a likely contender for The Bachelor. Why not celebrate the Colorado native's turn on the reality dating show with some old photos of Chase McNary before The Bachelorette? After all, they might just provide some clues about what his season of The Bachelor would be like.

Chase was a quiet contender on The Bachelorette, not going on too many dates but occasionally surprising JoJo Fletcher by making it snow and doing some tantric yoga. Some thought his Denver roots and devout Christianity made him too similar to former Bachelor Ben Higgins, which might have been a turn-off for JoJo, having dated Higgins the previous season. In Chase's final episode, he found the courage to confess his love for JoJo, right before she revealed that she was kicking him off the show. While Chase reacted with anger at first, he later apologized to JoJo at the rose ceremony, winning us all back.

Could Chase be the next Bachelor? It seems to be a race between him and Luke Pell, and I do wonder if Chase is too similar to last season's Ben to be the new Bachelor. But Chase does seem to have an exciting, outdoorsy life that could translate well on the show. Check out these pictures of him from before The Bachelorette to see for yourself.

Maybe CrossFit was a deal breaker for JoJo.

2. Goofing Around With His Sister

Just a glance at his Instagram will tell you how much he loves lions.

It's a good look for him.

Will he have to move back out to California again?

His season of The Bachelor would definitely include a snowboarding date.

Hammer is too cute.

Golfing date? He appears to play all the time.

Not a red rose in sight, though.

15. Chilling With His Nephew

Look at him hold that baby.

Apparently, he plays all the sports.

Whether or not we see Chase on The Bachelor, it's been a good season. Keep up the good work golfing and using the #Lions tag, Chase.