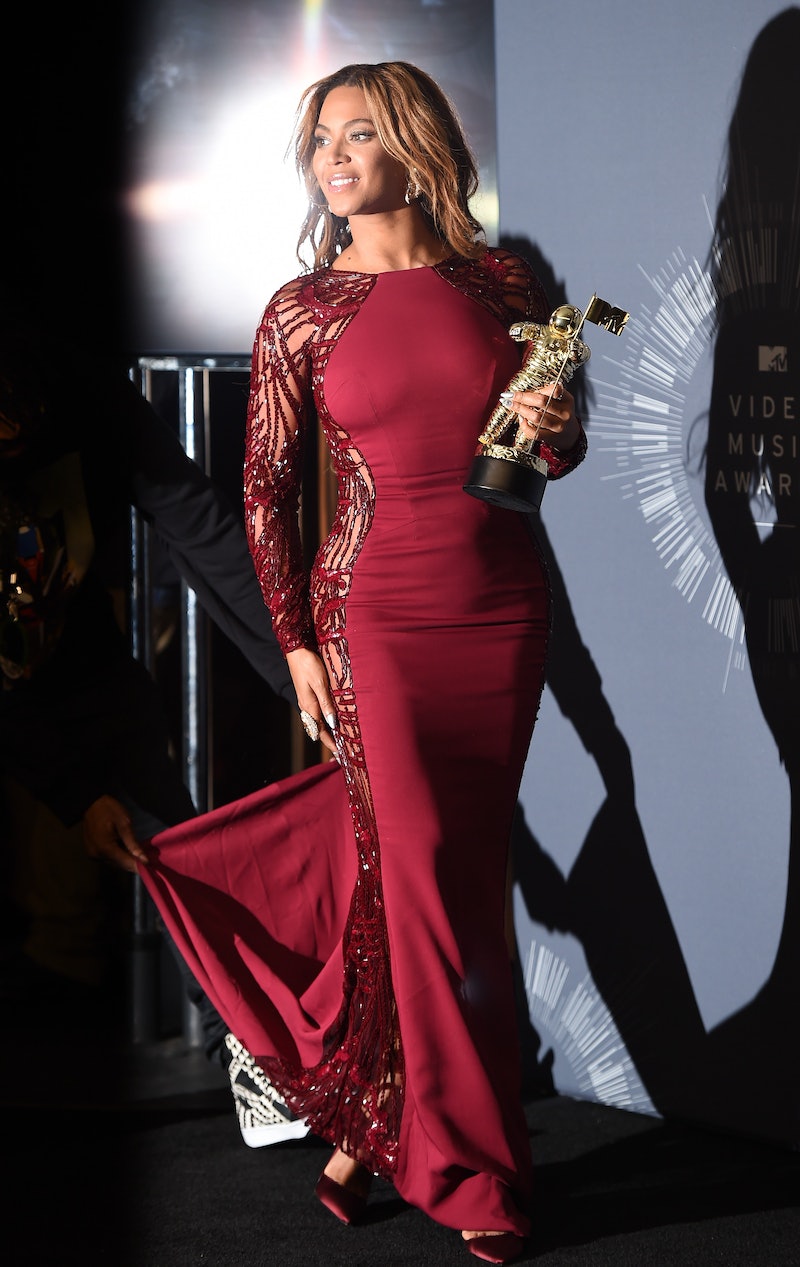 Beyoncé has faired well at MTV's Video Music Awards in the past. She has received numerous nominations and VMAs for her music videos — 16 so far — as they coincide with the release of each new album. However, upon the release of her latest album, Lemonade, and its matching visual components, Beyoncé has changed the music video game for good. The music video for "Formation" is one of Beyoncé's best, and the release of her Emmy-nominated HBO Lemonade masterpiece made sure that the singer has certainly not gone unrecognized. In fact, Beyoncé is nominated for 11 2016 MTV Video Music Awards, breaking her own personal career-record.

Queen Bey thus has the chance to take home 10 total nominations — unless, of course, both "Formation" and "Sorry" win in a tie for the Best Choreography category.

I think it's safe to say that Beyoncé is all set up to slay the 2016 VMAs. With "Formation" nominated for six awards, "Hold Up" up for two, Lemonade standing in a category it basically invented, and "Sorry" and "Freedom" each nominated for one, Beyoncé will definitely be standing on that VMAs stage at some point during the show. And, hopefully, both her husband Jay-Z and daughter Blue Ivy will be happily standing by her side.

Who could be standing in Beyoncé's way? Well, Adele comes in second with a total of eight nominations, Justin Bieber also competes in the categories including Breakthrough Long Form Video, Best Pop Video, and Video of the Year, and even Ariana Grande is popping up quite a bit alongside the "Sorry" singer. But, alas, we'll just have to wait and see how these artists all fair against one another this August. Beyhive, it's time to get in formation.