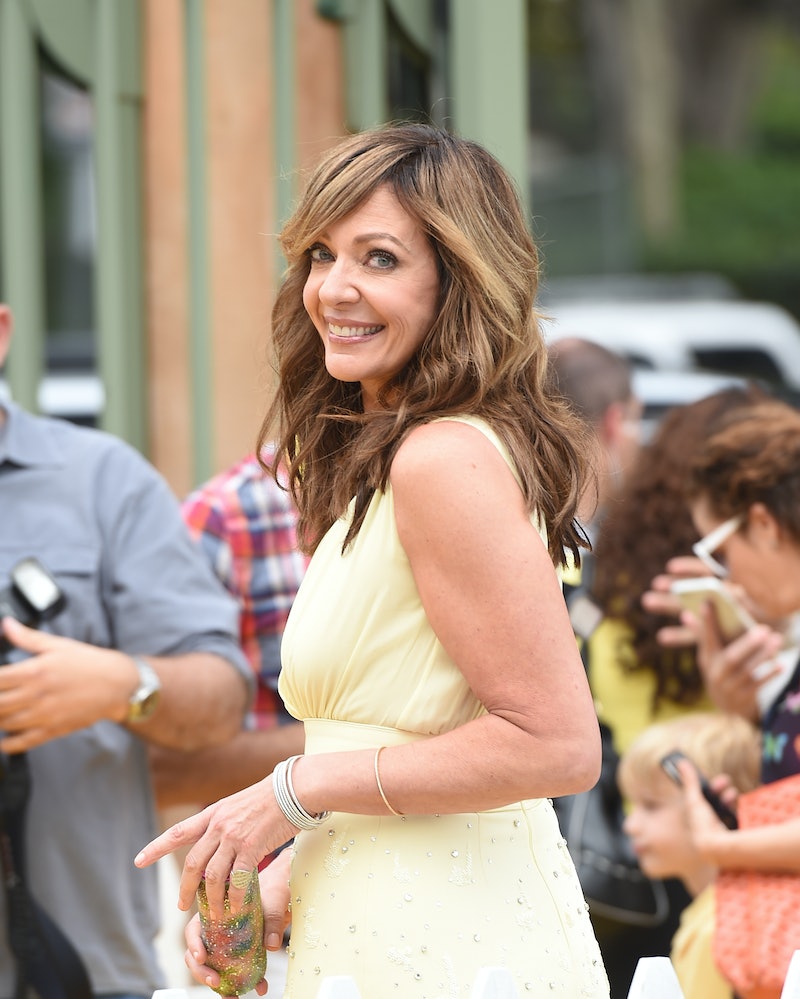 When you think of movies' most famous moms, you tend to think of extremes: the manipulative villains, like Joan Crawford in Mommie Dearest; the generous saints, like Forrest's mother in Forrest Gump; or the fierce protectors, like Sarah Connor in The Terminator. Rarely do you get the in-betweens, the moms who are strong and brave but also vulnerable and flawed, women whose lives and desires extend beyond their relationships with their children. Yet this past year, a few new films have dared to be different, showing mothers who don't fall into any one trope: The Meddler, with Susan Sarandon playing a nervous, overprotective mom; Bad Moms, featuring three women on the brink of exhaustion; and, most recently, Tallulah , starring Allison Janney, Ellen Page, and Tammy Blanchard, all of whom spend time bringing up children, but in vastly different — and contradictory — ways.

All three movies deal with motherhood as a complex subject, one worthy of far more discussion and recognition than pop culture typically tends to allow. But Tallulah, on Netflix now, takes it a step further, analyzing what being a good parent actually means. It's a movie unafraid to get real, something that makes Janney incredibly proud.

"It brings up a lot of great questions about motherhood and what defines a good mother, and perhaps some people who shouldn’t be mothers who are mothers," Janney says, sitting down in Bustle's office on a late July day. "It’s a beautiful story, and it’ll spark a lot of conversation amongst people who see it."

In Tallulah , Janney plays Margo, a recently divorced woman who is taken by surprise when a young, homeless woman, the titular Tallulah (played by Page), shows up at her doorstep with a baby in her arms. Tallulah has kidnapped the child from the kid's hard-partying mother (Tammy Blanchard), but when speaking with Margo, she makes it seem like the baby is hers — the product of a romance she had with Nico, her ex and Margo's son. Margo takes in Tallulah and the baby she thinks is her granddaughter, and from there, the trio begin to form a hesitant bond.

For Janney, playing a mother was nothing new; she stars in CBS' aptly-named Mom as the mother to Anna Faris' character, and she's taken on motherly roles in films ranging from Juno to The Help. But talking about Tallulah, it's clear that to Janney, this movie, and her role, stand out. There's the fact that it marks yet another reunion with her friend and Juno co-star Page (they also co-starred in 2013's Touchy Feely), but there's also the fact that Margo is, undoubtedly, one of the most fully-realized characters she's gotten to play in her decades-long career. There's not a single fake note in Janney's performance or the movie's script; Margo is a real person, someone who is messy, and grieving, and lonely, and tough, and loving. She is a mother longing for her estranged son and bonding with the baby she thinks is her granddaughter, but she is also a sexual, complicated woman coping with unexpected singledom in her '50s.

Speaking of the role, Janney grins, her love for Margo clear. "When I read the script, I was so taken with the characters, I loved them," she says. "My character had such a great arc, coming from a place of real darkness and despair and anger and ending up in a place of hope."

Anyone familiar with Janney's work can attest that that's her speciality: taking the viewer on along her characters' emotional journeys, making two hours or a 30-minute episode feel like a lifetime spent inside their brains. It's that uncanny ability that's won her seven Emmys and five more nominations over the years, along with countless other awards, and it's the reason that so many of her characters — The West Wing's C.J. Cregg, or American Beauty's Barbara Fitts — are embedded in our collective memories, no matter how many years it's been since we last saw them on-screen. The roles she's taking on now, like Tallulah's Margo or Mom 's Bonnie Plunkett, will likely be no different; Bonnie, especially, is a marvelously real creation, a struggling yet optimistic recovering alcoholic who's resonated strongly with viewers familiar with drug and alcohol abuse.

Having lost a brother who struggled with addiction, Janney has said that being on Mom means a great deal to her, and nearly four years in, her passion for it, and what it represents, doesn't seem to have dwindled. "I have a lot of people who come up to me and are grateful for the show and what it does for people in recovery," she says. "It’s one of the reasons I took Mom, because I wanted to be on a show that dealt with this... it felt important to me to be part of that."

Few shows, and far less sitcoms, would choose to feature addiction so prominently, but Mom has won plenty of acclaim for doing just that, with Janney's performance as Bonnie standing out. In July, the actor was nominated for her third consecutive Emmy for the show, along with a nod for her work on Masters of Sex (her third there, as well), and she says that the attention makes her nervous. "I feel like I’m gonna disappoint my friends and family if I don’t [win]," she says.

Yet for the most part, it seems, she's excited about taking on such full roles, playing characters rarely seen on-screen — especially for women of a certain age (i.e. anyone over the age of 35). A few years back, she filmed her first sex scene (for, naturally, Masters of Sex), an experience she says scared her deeply, yet is one she's proud to have done, and this fall, she has two movies coming out that feature her in roles she's never previously taken on. Miss Peregrine's Home for Peculiar Children, out Sept. 30, sees her stepping into the fantasy world for the first time; The Girl on the Train, out Oct. 7, features her as a detective — a relatively standard part, but one Janney calls "thrilling" because its straightforward nature is something she's rarely explored. She's constantly inspired by the women she sees on TV each week, from House of Cards' Robin Wright to The Fall's Gillian Anderson, and she says she never grows tired of the "visceral reaction" she gets whenever she reads a script she truly loves.

And with Tallulah, that reaction has translated to a beautifully realized performance, with Janney's Margo reminding us all that mothers — and women in general — can, and should, be as flawed and complicated as anyone else on-screen.