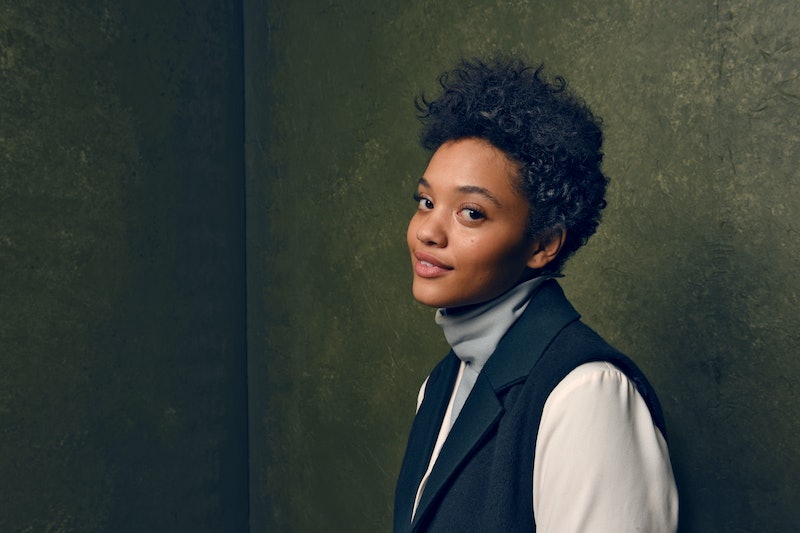 It wasn't until high school that I decided that I wanted to be a journalist, and I had a lot of strong, motivating role models. All of them were fictional. That's the thing you need to understand in order to understand why the fact that Iris West will be played by Kiersey Clemons in The Flash film made me tear up. This marks the second time that Iris will be played by a black actress after Candice Patton's portrayal in The Flash TV show, despite the fact that even the most casual fan of the comic book superhero knows that the future Iris West Allen is a white woman. To me, however, Iris West was more than just Barry Allen's future wife. She was one of three reasons I wanted to go into journalism, because I saw myself in her long before she ever actually looked like me.

The first time I thought about going into journalism, it was while watching an episode of Smallville. Chloe Sullivan, whose need to know the truth took her to some dangerous, heroic places over the seasons, was my favorite character on the show. While I had no interest in risking my life to track down aliens, her pride in her role as a reporter for her high school paper, the Smallville Torch, inspired me to join my own high school paper. My interest in Chloe soon turned into an interest in comic books, where I discovered Lois Lane — daughter of a general, intrepid reporter, and frequent damsel in distress (depending on who was writing each particular issue). From Lois, I stumbled over Iris West, who had me at, "With these eyes, and this smile, I have connections everywhere."

I wanted to be like these women, these passionate, determined, frequently underestimated women who went after what they wanted and worked as hard as they could to come out on top in a world where they lacked super powers and were targeted because of their relationships with the men that did have them. They may have all been white women, but I related to them anyway. I kind of had to; there weren't many other options.

Then the CW show's creators decided to do a color-blind casting of Iris West for The Flash. Candice Patton won the role, and it didn't take long before think-pieces like the L.A. Times', "So what if the Flash now has a black girlfriend?" were being written. Mainly because there were actually people out there accusing the CW of doing it just "to be mindful of diversity," as if that were somehow a flaw. Even after The Flash came out, Patton didn't necessarily win over all her detractors, with some objecting to Iris' role as Barry's ignorant superhero love interest and some preferring to pair Barry up with Caitlin Snow, his comic book nemesis turned TV bestie.

During an interview with The Daily Beast in May 2016, Patton discussed the hate in a way that was remarkably fair and self-aware:

"We often see women on TV who are weak and not given a lot to do and it can be frustrating as an audience member — I totally get that... I’ve said this in an interview before, but sometimes I find that audiences have a hard time watching women grow. They want to see their women on TV come in and, from day one, be strong and have it all together and figured out. And I just don’t think that’s true of real women. We’re flawed, we’re messy."

And she wasn't wrong. Iris detractors, who pointed to things like "having her own storylines separate from Barry's," existing to be a "goal for Barry Allen to attain," and simply being a "crybaby sidekick" as reasons for their hate, all seem to object to one core thing: Iris' character growth is too slow and unsatisfactory for their liking.

Every time an episode of The Flash aired, I would comb the internet for these responses; they were like a train wreck that I couldn't look away from. And every time I found a new rant against Iris, I would take it personally, because she was a woman who had inspired me through college and into the world of journalism, and this was the first time in her entire history that she also doubled as a representative of my race. It felt like those haters were also hating me, as a black journalist who maybe wasn't the smartest, or the most action-oriented, or never seemed to have worked hard enough to justify my personal success.

But at some point, maybe when Iris realized that Barry was the Flash, I had an awakening of my own. Who cared what people thought about her? Iris was an inspiration to me. She motivated me to work hard, and then twice as hard, to get to where I am today. She taught me that I am the hero of my own story, whether people find that story interesting or not. She taught me that if I stay focused on my goal, I can have a great career, date as many guys as I want, cry as many times as I damn well feel like it, and still demand — no, command — respect.

Now, I’m a journalist, and, for the second time in the DC Universe, Iris West will be portrayed by an actress of color. I don't know whether or not the CW's showrunners or the new film's creators made this choice with women like me in mind, women who came to America as immigrants, both overwhelmed and hopeful about finding their place in the world, and who looked to characters like Iris as examples of who they wanted to grow into. But the reason the powers that be decided that Iris can be played just as well by a woman of color as she can by a white actress doesn't matter. I'm just happy to have the result.

I'm happy that a character I've looked up to for so long is reflecting the struggles that come with not only being a woman in the journalism field, but a woman of color in the journalism field. I'm happy that the world of superhero media is becoming more inclusive not only to characters of color but to actors of color talented enough to portray a character no one thought could be black. I'm happy for every child who is growing up like I did, who can now look to characters like Iris West and believe in their hearts that they can look like they do and cultivate a successful career in whatever field they choose. That's what inclusivity in media is about: giving all children that hope, and that happiness.